An old NRL Fantasy great reminded everyone just what he's capable of as a future superstars went oh-so-close to breaking the century barrier.

Cameron Munster was terrific in Melbourne's thrashing of the Roosters, picking up a try, three try assists, four line breaks, half a dozen tackle breaks and 99 NRL Fantasy points to be the player of the round.

But the bigger story was arguably the revival of Corey Parker's Fantasy fortunes, with the long-time Fantasy gun stunning those who sold him last week with a superb 80 featuring a try and five goals. He had scored less than 30 twice in his previous three games, but now has scored better than 50 in four of his last six and remains a keeper for those 31,000-odd Fantasy teams that still have him.

Elsewhere, Cameron Smith was his usual rock solid self with 80 of his own, Dylan Walker (77) did just about everything in the first half of Manly's loss to Penrith to show his State of Origin critics just what he's capable of, and Panthers rookie Nathan Cleary scored his first NRL try on the way to an excellent 72 that earned him a whopping $56,000 price rise.

An early injury to Sam Burgess reduced him to just 26 minutes and 11 Fantasy points in the Rabbitohs' loss to the Tigers, while fullbacks Ben Barba (14) and Latrell Mitchell (11) failed to make much impact in attack for their sides this week.

Fantasy coaches who picked up Knights forward Pauli Pauli after a couple of big performances a few weeks back will have their fingers crossed he gets back into the Newcastle starting side after a meagre 22 off the bench against the Warriors, while James Tedesco's price continues to drop after a season-low 28 against the Rabbitohs – although he'll be a great buy for those who don't have him in a few weeks.

The second major bye round is upon us this week, ahead of next week's State of Origin II, so it's time to put your feet up if you're playing primarily to win your head-to-head league. If that's you, don't panic if you see a lot of blue dots beside players on your team page this week – for most head-to-head leagues the bye rounds don't count. Keep those trades up your sleeve for your league finals.

If you're chasing overall points, aim for a dozen or more players in your 17 this week – but keep an eye on Round 18 (and 19) as well when planning your trades. Eels players and Roosters players take part in both the next two bye rounds, as well as Round 19 when four clubs will be taking the week off, while every other team in action this week will have a bye in Round 18. 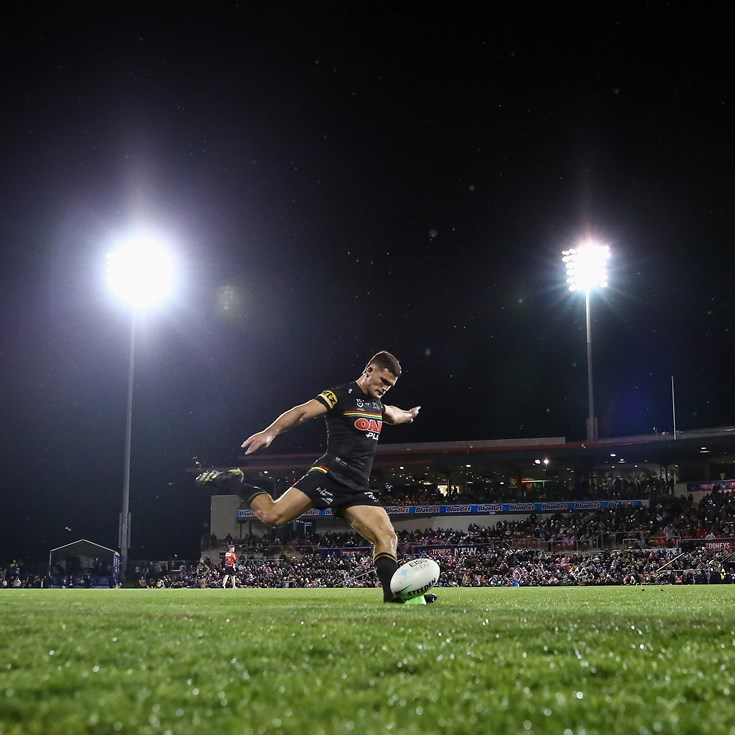