The Blues are two-from-two in the junior Origin clashes after the under-18s completed a comprehensive 26-0 victory over Queensland in the curtain-raiser at Suncorp Stadium on Wednesday night.

After the under-16s ground out a tough 12-10 win prior to Game One in Sydney the Blues shot out of the blocks with a try in the opening minute and dominated a Queensland team who were guilty of far too many errors, particularly inside their own half.

With an unbeaten record in the under-20s Origin encounters the Blues are well positioned to make it a clean sweep at Game Three in three weeks' time, the scoreline in the under-18s kept lower by the Blues' inability to land the majority of their shots at goal.

Coached by Blues legend Brad Fittler, the junior Blues made the mini Maroons pay for a mistake from the kick-off when Illawarra's Zac Lomax scored out wide in the opening minute and then in the 10th minute the visitors doubled their lead when Samuel Radovu received a tap back from a bomb by Isaac Lumelume to score left of the posts.

Queensland fought back through the middle of the first half and threatened the NSW line on a couple of occasions but they were again the architects of their own demise when an error just before half-time handed the Blues a golden opportunity.

Attacking deep in Maroons territory Lumelume made a bust down the left wing and positioned centre Tui Afualo superbly on the inside for the Blues' third try of the half, Sean O'Sullivan missing a third conversion for a 12-0 half-time lead.

Lomax literally grabbed his second when he leapt high above the Queensland defence to grasp a bomb and slam the ball down inside the right-hand corner and when Ryan Papenhuyzen finished off a long-range try – and Lomax kicked the side's first successful conversion from right in front – the Blues had an unassailable 22-0 advantage.

Having been the provider for two earlier tries Lumelume got on the scoreboard himself with a try nine minutes from full-time for a comprehensive final scoreline of 26-0. 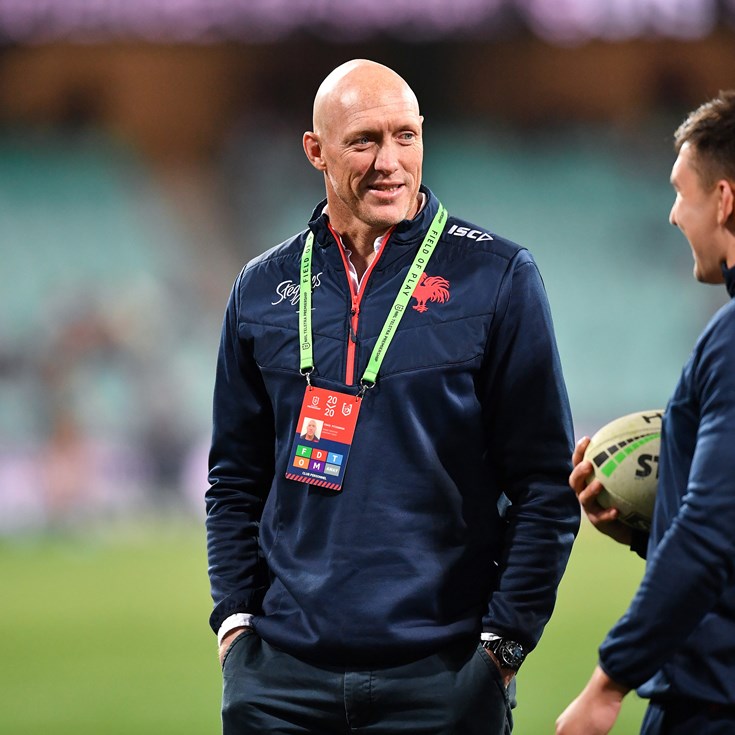 Cronulla lock in Fitzgibbon for 2022; Morris in limbo