Canterbury star Brett Morris is racing the clock to get back on the field for his first NRL game of 2016 but it looks like this weekend's meeting against Brisbane may come a little too soon for the former Dragon.

Morris hasn't played since Canterbury's semi-final loss to the Roosters last year. He was struggling with a knee injury last season and a setback in the 2016 pre-season meant more knee surgery, putting him out for roughly the first 16 rounds.

Morris has been running and training in the rehab group but has yet to start contact and with fill-in fullback Will Hopoate having a wonderful season at the back, the club looks unlikely to rush Morris back without a proper gallop at training with the main group.

"He's still in the rehab group, he's up and running in the rehab crew but the level of intensity from rehab to NRL games is quite different so we'll just have to see how he goes," halfback Moses Mbye said on Wednesday.

"The physios and doctors are assessing him and I think he's showing the right signs but they'll make the call later in the week."

Draw Widget - Round 16 - Bulldogs vs Broncos

Bulldogs skipper James Graham was noncommittal on the Test and Origin star's progress.

"My medical degree failed on week one," Graham joked. "It looks like he's training alright with the conditioning staff. I don't think he'll be too far away but if it's this weekend, I'm not too sure."

Hooker Michael Lichaa hoped to see Morris back as soon as possible but was also reluctant to pass him fit without a training run with the main NRL squad.

"He hasn't trained with the team so I'm not sure yet… probably a few weeks away. It'll be good to have him back when we do get him," Lichaa said.

Rookie centre Kerrod Holland – arguably the biggest beneficiary of Morris's injury and one of the men in line to make way when he does return (with Will Hopoate a chance of shifting to centre) said he wasn't sure where he stood once Morris returned.

"He's back on the field with us running around so I think he'll be really close to playing," Holland said.

"[Coach Des Hasler] will have his plans there but he hasn't said anything to me [about what happens when Morris is back]." 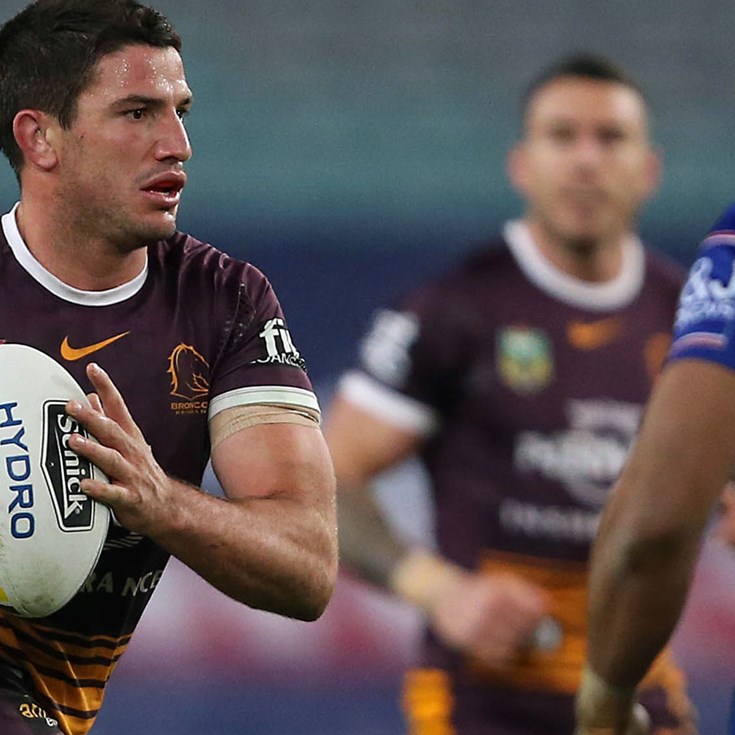