After a rare weekend where they didn't get to belt out their victory song, Cronulla come off a bye and look to stretch their current winning streak to 11 games when they host the Warriors on Saturday night.

The table-topping Sharks have been in fine form this year, but come up against a New Zealand side who are playing some of their best footy and riding a three-game run themselves.

The Sharks return to action with an unchanged line-up from their 13-10 victory over the Cowboys in Round 14, but there are question marks over whether or not winger Sosaia Feki will take the field, as he battles to overcome a groin injury.

After grinding past the Roosters 12-10 in Auckland last Sunday, the Warriors have just the one change, with Jacob Lillyman named to back up from Origin II and return for coach Andrew McFadden.

Rookies Toafofoa Sipley and Ma'afoaeata Hingano are named on a seven-man bench as cover, with Thomas Leuluai (head knock and cut) and Shaun Johnson (quad) likely to play.

Draw Widget - Round 16 - Sharks vs Warriors

Watch out Sharks: The Warriors are now officially the competition's best team when it comes to splitting defensive lines, leading all sides in line breaks made at an average of 5.2 per game. The Kiwi side's power and pace on the edges is well documented, but it's in the middle of the park that they have made the most improvement of late, with the likes of fullback Tuimoala Lolohea and hooker Issac Luke finding plenty of gaps.

The Warriors’ forwards have been a feature of their game through this current three-game winning streak, and last up against the Roosters the starting pack alone ran for 723 metres. The return of Jacob Lillyman from Origin duty will only make them better, and it’s a crucial area Cronulla will need to focus on.

Watch out Warriors: The Sharks are on another level defensively when compared to most of the teams the Warriors have managed to beat this year, and heading into Round 16 Cronulla have conceded only 15.2 points per match on average. The Warriors have won only once this year when scoring less than 24 points.

The Sharks’ back three of Ben Barba, Sosaia Feki and Valentine Holmes are in electric form and present a huge threat, regardless of where they are on the park. Individually they all average over 90 running metres per game, and between them account for over half of Cronulla’s 55 tries this year, with a combined 29. Every time one of these players touches the ball the Warriors will need to be on alert.

Key match-up: Chad Townsend v Shaun Johnson. Last year they were teammates, forming a strong combination which had the Warriors flying before Johnson suffered a season-ending injury. This week they face off in a crucial battle which will go a long way to deciding which team takes the points. Townsend has set up seven tries and five line breaks, while crossing for five tries himself. Despite playing alongside the NSW Origin five-eighth in James Maloney, he has been Cronulla’s dominant playmaker. Meanwhile Johnson has been solid to date, leading the way for the Warriors in attack with 11 try assists and 13 line-break assists. He also scored the team's only try last week, with a piece of trademark individual brilliance.

The history: Played 35; Sharks 19, Warriors 16. In their two meetings last year these sides each enjoyed a four-point win, but across the past four years it's been almost all Cronulla, with six wins from their last eight against the Warriors. Tipsters might be interested in the fact that the last three head-to-head clashes between these two have all been decided by exactly four points.

What are the odds: There is 40 per cent more money wagered on the Warriors thanks to the big price on offer, which is sure to dwindle as the week goes on. The New Zealand side have been very popular receiving the points start in handicap betting, but Sportsbet punters are backing the Sharks to get home in a tight one by 1-12. Latest odds at Sportsbet.com.au.

How we see it: Both of these teams are running hot right now, and as a result we should see some excellent footy played across the 80 minutes. This game shapes as one which will separate the contenders from the pretenders, and right now Cronulla look every bit the former, while the Warriors are probably somewhere in the middle. Sharks by eight. 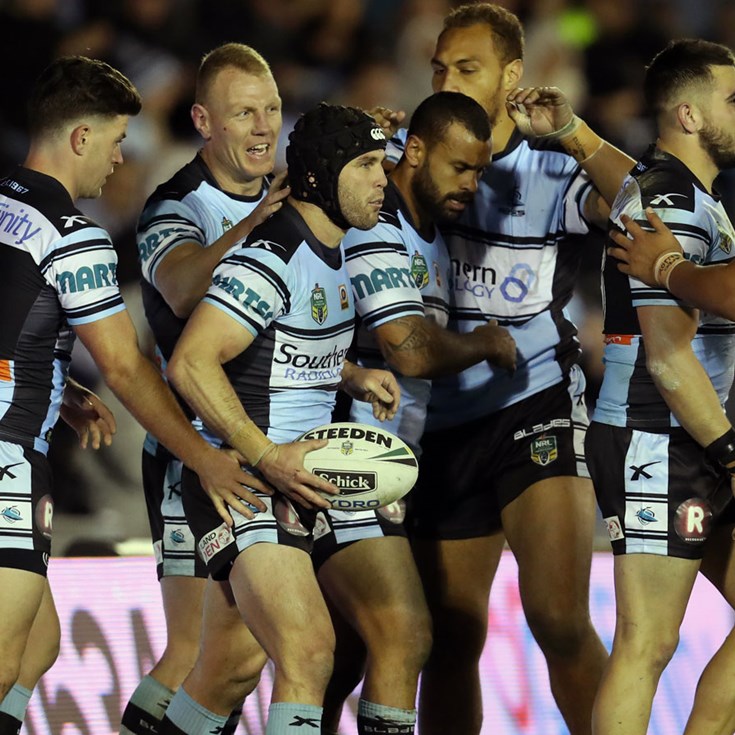