Four weeks in and the boys are letting their hair down in the house. Matt Gorman has been known to be a bit of a prankster, as Dave woke up with a squeal after seeing a spider in a box.

Everyone got around Jordan as he celebrated his 21st birthday and a special video message from his parents made the youngster’s day.

However, a birthday dance from Dave came in a close second with Reece describing it as "hairy and horrendous".

The boys swapped a footy for a haystack when they visited Calmsley Hill City Farm for the week's Captain's Challenge.

The country boys were in their element and it was Lou "The Sheep Whisperer" Goodwin who managed to shepherd the flock into the pen, in less than one minute as well.

This meant he would skipper the NRL Rookies for the third time in a row – a fantastic effort!

While stepping onto the immaculate AAMI Park surface, the boys were greeted by two Storm legends in Billy Slater and Robbie Kearns and before too long, they were strapped and ready to take on the Storm Holden Cup side.

Although their opposition were only 20 or younger, they were far bigger and played at a much faster pace than the rookies were used to.

As a result, the boys got off to a slow start and Matt Gorman struggled in particular.

The second half told a different story as the NRL Rookies threw the ball around and played more as a team, precisely what Freddy was after.

Peter Lee stamped himself as a real contender after some damaging dummy-half running and a try from the scrum base. Lou Goodwin yet again proved to be one of the best of the bunch.

However, it was Reece Joyce who scored the try of series so far after an offload by Elias Power went through five sets of hands and he found himself under the posts.

Another individual effort from long-range saw the explosive Jordan Martin dive over in the corner with a spectacular finish, but in the process he pulled a tendon in his shoulder.

The thought of going home prematurely was gut-wrenching for the birthday boy, but again the team got behind him to support their mate.

NRL Rookie Doctor, Adrian Cohen said Jordan is "50-50" at this stage with the fullback's future depending on rehab and a bit of luck.

In the meantime, the NRL Rookies continued to weather the Holden Cup Storm with a 28-4 victory which would make the weekly 'Shed' session all the more difficult, as the majority had solid games.

The boys did not hold back in the 'Shed' however, with Elias yet again rubbing the rookies up the wrong way as the theme of selfishness returned.

Matt Gorman was also singled out for not looking for the ball, while Dave's apparent lack of mental toughness proved to be his downfall.

As a result, they were voted the bottom three and could be considered regulars now that Dave and Elias had been there twice before and Matt Gorman for all three weeks.

At 'The Cut', Lou proved last week how much impact altering the bottom three had, so he decided to leave it unchanged.

In the end, Matt's lack of consistency and ability to shine in the match took its toll, which ultimately led to his elimination.

Although unfortunate, one thing that could not be disputed was his mental toughness and devotion to the dream.

Only one can achieve this and be contracted to an NRL team and by doing this, be crowned the NRL Rookie.

Head to NRLROOKIE.COM to watch full catch up episodes of the NRL Rookie as well as online exclusive extras.

Each episode will air five times during the week on free to air television across the Nine Network:

Please note: these time may vary from week to week so be sure to check your local guides. 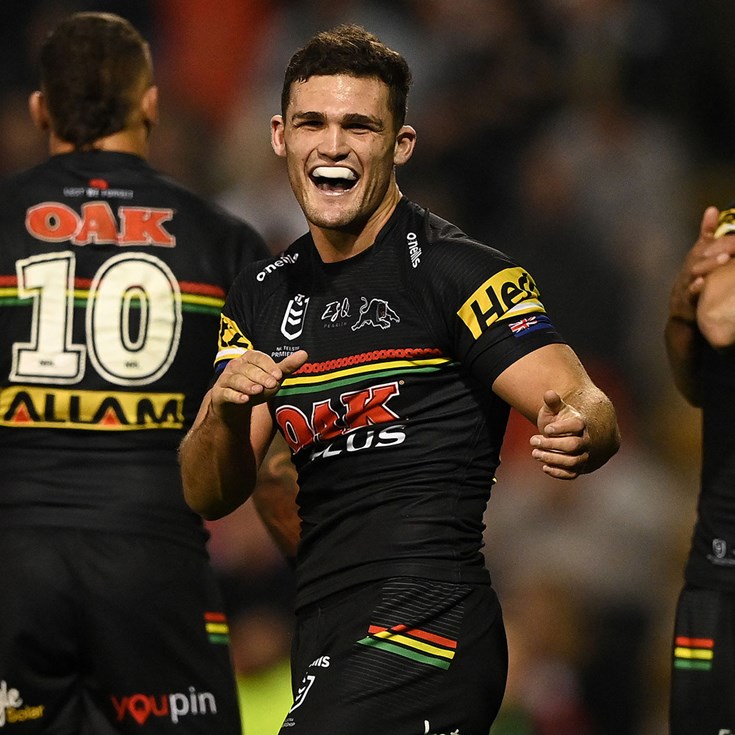