He stole the show for New South Wales in Origin II and now Dragons back-rower Tyson Frizell is ready to do it all again in Newcastle on Saturday afternoon.

Frizell confirmed he'd be a certain starter for the Dragons on Friday after a bruising Origin debut which saw him rack up 70 metres, 22 tackles and a try.

Frizell won't be the only late inclusion for the Dragons, with Josh Dugan coming through the captains' run unscathed.

"I pulled up sweet other than being a bit sore from the game and having a few bumps and bruises," Frizell said.

"Other than that I'll be good to go against the Knights. It's back to work now and it won't be easy on the body but it has to be done. I'm fine to switch back on."

Draw Widget - Round 16 - Knights vs Dragons

Daley said Frizell's chase would be shown to New South Wales players young and old for years to come.

"You have a responsibility to fill when you're handed that jersey," Frizell said.

"I probably shouldn't have been able to get anywhere near him but I did my best and was hopeful of getting as close as I could.

"It was disappointing not to make the difference then and I'm sure anyone else in my position would've done the same thing."

Having been named 18th man on several occasions prior to his Origin debut, Frizell said his slow drip inclusion into the NSW squad definitely help him once he was in thick of things against the Maroons.

"I definitely like the way it's been set up and the experience I was given in being able to go into camp was invaluable," he said.

"If I was thrown into the deep end straight away, it would've been a lot tougher for myself in terms of having to learn new things on the run.

"You only get one chance to prove yourself and being a development player and 18th man certainly helped. It gave me that drive to play a lot better." 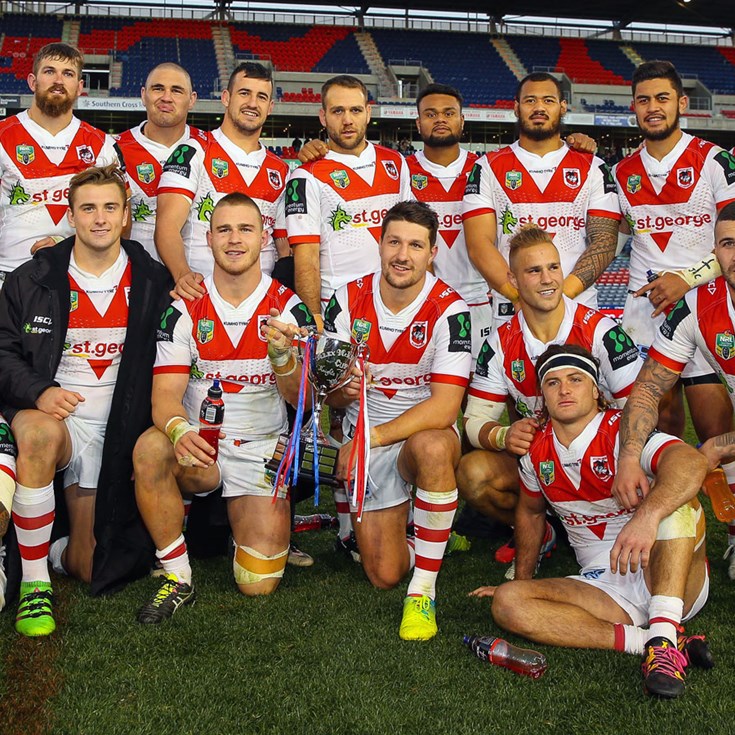 Cogger etching out his own path