His side may have recorded their seventh loss on the trot, but Sea Eagles coach Trent Barrett sees Monday's 30-26 defeat to the Cowboys as a potential springboard into the back end of the season.

While they cannot hide from the fact that the two-month winless stretch has likely cost them a shot at finals, Monday's signs were very positive for the hapless Sea Eagles.

They are finally healthy, look to have settled on a Cherry-Evans - Jamie Lyon halves pairing after the Dylan Walker experiment failed to work out and played the premiers with season-best desperation.

Both Cherry-Evans and Lyon returned a week ahead of schedule, and not a moment too soon, as the Silvertails showed what they could do when their forward pack fires.

Interchange props Addin Fonua-Blake and Siosaia Vave bagged a hard-fought three tries and showed that there is a fire still burning despite their apparent imminent fate after Round 26.

Post-game, Barrett was more than complimentary of his troops and their never-say die attitude.

"It was probably our best performance of the year, but still not quite good enough to come away with it," he said.

"[North Queensland] are the premiers for a reason, but I think we've set a standard for ourselves and the boys are looking forward to the six remaining games.

"We made a lot of steps in the right direction."

In a stop-start first half, Manly was keeping pace with the Cowboys before two late tries blew the half-time margin out to 18-4. But the 40 minutes that ensued was probably Manly's best all year.

A rampaging Vave got the comeback underway, tearing apart the experienced Cowboys middle for a try off a beautiful Apisai Koroisau dummy-half delivery, while Fonua-Blake took on four Cowboys close to the line and won.

Fonua-Blake gave his side the lead when fellow bench bookend Josh Starling put on the power play and popped a deft offload for the impressive 20-year-old to score under the sticks.

"There are no reasons we can't come out and win our last six (sic) games. There's no reason at all, particularly if we have an effort like that and put the polish on a couple of other things," Barrett said.

"It's always nice to create a bit of second-phase [play], and that's what Addin and [Vave] and 'Luss' can do.

"I thought Darcy Lussick's game was terrific. He's been outstanding over the last month, and he's playing some big minutes and he's laying a platform for Addin and 'Va'."

Captain Jamie Lyon echoed the sentiments of his coach after the game, adding: "I thought the performance was pretty good.

"I think we have got a lot of confidence out of that, and there are some guys in there that really put their hand up and played some great footy.

"There are some good signs there for the club." 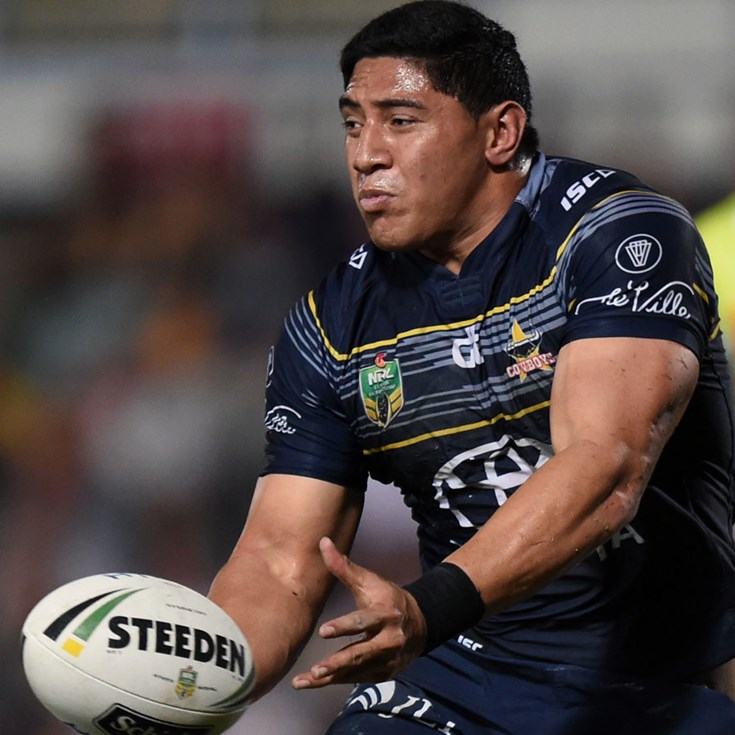