No one is meant to challenge the premiers on their home turf, but Manly gave the Cowboys their biggest home-ground scare of season 2016 on Monday night. Up 18-4 at half-time North Queensland let in three consecutive tries to trail 22-18 with 20 minutes remaining. However, stud forward Jason Taumalolo took it upon himself to get the win. Meanwhile, Manly's hard-running and offload proved very dangerous, the Cowboys' right side attack stagnated without their two back-up halves, while John Asiata again showed his wares off the bench.

Jason Taumalolo was the difference

He is the most destructive forward in the Telstra Premiership and Jason Taumalolo showed it on Monday, becoming the sole difference in a night where little separated either side. Both Origin props Matt Scott and James Tamou were undoubtedly feeling the pinch in backing up from Wednesday, failing to run for 100 metres. In fact, both Scott and Tamou's combined totals came nowhere near Taumalolo's 202-metre number.

After the game Taumalolo brushed it off as "just a standard day at the office", but he is the player keeping the Cowboys together during this Origin period.

While the Cowboys had success with the offload – winning the count 14-12 – two of the Sea Eagles' five tries came on the back of second-phase play. Normally so strong with first contact the Cowboys seldom concede a large number of offloads, but on Monday the desperate Sea Eagles simply outworked them for a large part of the second half.

"We need to be better with our first-up contact and restrict them," captain Johnathan Thurston said post-game.

"They're a desperate football team at the moment, they're playing for their season so we expected that but probably didn't handle it too well."

Right side stagnates without Morgan, Thompson

With Rory Kostjasyn playing five-eighth the Cowboys' trademark attacking potency was restricted to just the left-hand side of the field. Every one of the home side's five tries came from the left: Thurston's side.

Defensively, it was interesting to note that Kostjasyn remained anchored in the five-eighth position despite being a bigger body than Jake Granville. Granville finished with 28 tackles, while Kostjasyn managed 16.

Manly won points up the middle

We so often hear that football is a simple game, and Manly showed us exactly that on Monday. For all the expansive second-man and block plays that teams run, sometimes there is no substitute for just going harder than your opposition close to the line. Desperation counts for so much in such a physical sport, and Monday gave us a peek into their mentality heading toward the back end of the season. They may have lost their seventh on the trot, but the likes of Darcy Lussick, Addin Fonua-Blake and Siosaia Vave are working hard.

The Cowboys slide so well on defence, but soft tries one or two passes off the ruck seem to be their kryptonite. Weaknesses on their goal line need to be addressed in the latter part of the year.

John Asiata one of the game's most skilful forwards

The running joke in North Queensland is that interchange forward John Asiata is a five-eighth trapped in a forward's body. While Asiata has been crying out for a chance in the halves at NRL level, it has yet to come. But that doesn't stop the loveable character from trying. Every so often he sprinkles in some Benji Marshall-type footwork, a freakishly skilful short ball or a well-weighed chip kick, and combined with his solid running game Asiata comes very close to Bryce Cartwright as the game's most skilled forward.

With his ability to keep defensive lines on their toes, his ball-playing is the perfect addition to the Cowboys' bench forward unit. 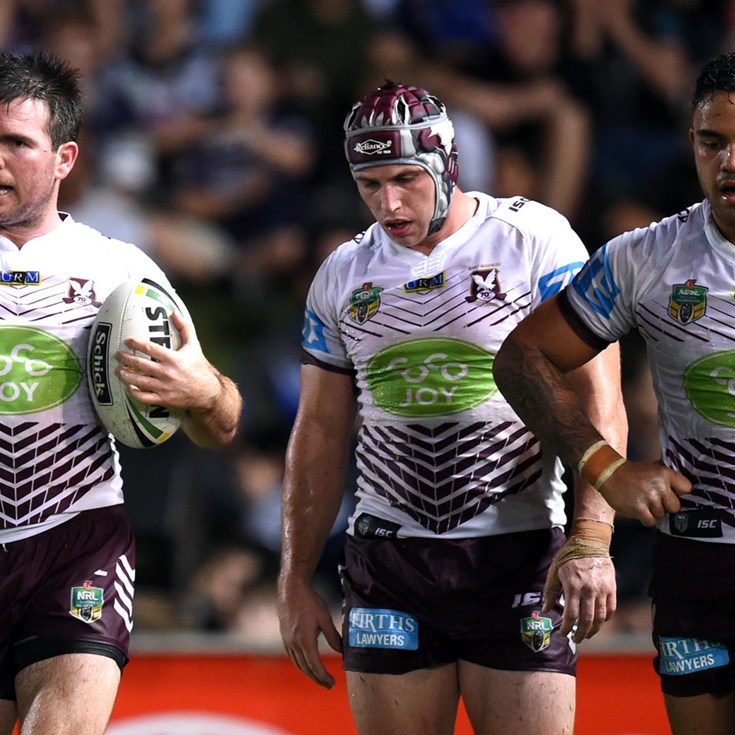 Best performance of the year: Barrett