Blues hopeful James Tedesco's Wests Tigers teammates have added their voices to the chorus calling for his inclusion for Origin III while Tedesco himself has modestly welcomed the support from all quarters.

Tedesco looked to have the inside running for the sky blue No.1 jersey at the start of the series before injury intervened but with the series now lost and Tedesco's form as good as it was before his fractured shoulder, many are calling for him to be given a shot in the July 13 dead rubber.

As fate would have it, Tedesco this weekend lines up against the man whose jersey he would be most likely to take – Penrith and incumbent Blues fullback Matt Moylan.

Tedesco was one of the most dangerous players on the field in a second half comeback against the Storm on Sunday, scoring a wonderful solo try, and Tigers halfback Luke Brooks said one more good game this weekend should see him sew up an Origin debut.

"I thought he was unlucky not to make it in Game Two. I think if he puts another good performance in this week he pretty much has to get picked. He deserves it, we'll just have to wait and see," Brooks told NRL.com.

"We see on a daily basis his skills and what he can do on a footy field and how tough he is and I definitely think he should be given an opportunity," Lawrence said.

"Matty Moylan's a fantastic player, very skilful player and I think he's done a great job in the first two games so far but being a bit biased and knowing how skilful and how strong and how fast Teddy is I'd definitely have him in there."

"No disrespect to Matt Moylan… He definitely earned his spot with Teddy being injured earlier in the year but if there's some way they can fit both of them in there and if Teddy gets a start then I'll be rapt for him," Halatau said.

"He's been one of the best fullbacks in the comp for near on two years so I'll be backing him if he does get that jumper.

"Obviously everyone will be watching intently to see - I guess they'll look after the game at the stats and see who comes out on top but we'll see how that unfolds on the weekend."

For his part, Tedesco seemed humbled by the wave of support for his inclusion that has come from all quarters.

"It's good to have that support I guess, a lot of media and friends and fans are keen to get me in there but all I can do is play good footy and see what happens," Tedesco told NRL.com.

"I'm happy with my form at the moment, obviously still a bit of room for improvement in certain areas but I guess that's all I can really do and we'll see what happens."

He was also hopeful the fact Game Three is a dead rubber may mean a greater chance of new blood being trialled.

"It could be a chance to blood some youngsters but it just depends what Laurie (Blues coach Laurie Daley) thinks. There's a lot of young boys playing some good footy that could get a shot but it depends on Laurie," he said.

Prompted about comments over the weekend from Blues stalwart Brett Morris – who brushed talk of his own possible recall following a stunning hat-trick on his injury return to call for Tedesco's inclusion – Tedesco said it may be in part due to the fact the pair had watched Origin I together.

"Yeah I saw that. That was good from him!" Tedesco laughed.

"I watched Game One with Brett and I had a good chat with him, he's a great bloke and it was good to see him come along well with his recovery and it was great to see him on the weekend come back and score a hat-trick so it shows what a classy player he is.

"It's good to have his support, he still could easily walk into the Origin side I reckon the way he's able to finish a try and defensively and what not so it's good to have that support from him, I appreciate it."

Tedesco wasn't getting carried away with a chance to face off against the Blues incumbent Moylan but admitted it would be a good test just a couple of days before the Game Three team is named.

"It's a good test to be against the best in NSW so I'm looking forward to that challenge but I don't want to put too much focus on it, I just want to focus on my own game," he said.

"I've been doing that the last few weeks and been happy with how I'm going so I just want to continue that." 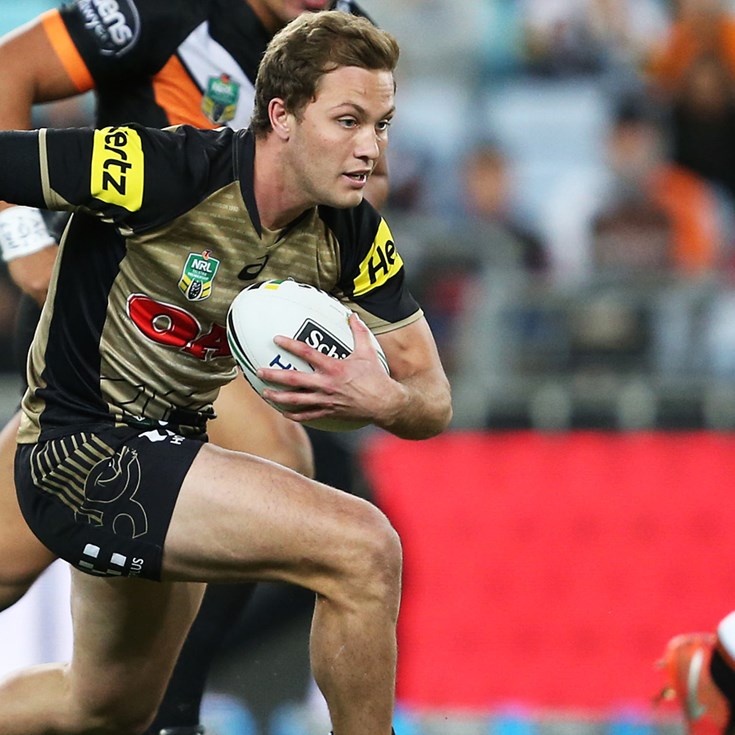