Barba said he would achieve a boyhood dream if Maroons coach Kevin Walters picked him for his Origin debut despite the series being already won by Queensland.

The 27-year-old former Dally M Medallist believes he is playing his best football in a long time but wasn't overly confident of his chances with Daly Cherry-Evans and Moses Mbye remaining viable chances to replace Morgan.

Barba said he hadn't spoken to Walters since before the Origin series commenced either.

"I think [my form] just comes down to the support I've had here at Cronulla. It's allowed me to enjoy my footy again and it's showing on the footy field," Barba said.

"I think there's more than just me and him that could [replace Morgan] but it'd be a dream come true for me to play for Queensland. There's a long way [to go] in doing that yet."

Barba reaffirmed his amazing return to form has come off the back of having his life sorted off the paddock.

Consistency has been key for the Norths Devil Mackay junior with him able to produce nine tries, seven try assists and 18 offloads so far in 2016.

"I think I just have – this might sound wrong – everything right on and off the field with my family," Barba said.

"I can't thank my partner enough for what she does for me, putting up with me. I don't think many people would. Just getting everything right at home and then having my kids around and making sure I'm looking after them helps.

"I guess that's allowed me to focus on my footy and enjoy it."

It's been almost a year to the round since Barba's amazing try-saving tackle on Ben Creagh midway through last season which is something of a concern to Andrew Fifita if his Sharks teammate was to be picked for Queensland.

The New South Wales bench forward however joined the chorus of those backing Barba to play in Origin III.

"I'd hate to play against him – I remember what he did to Ben Creagh," Fifita laughed.

"Benny's absolutely killing it for us but at the same time if you put the opposition's jersey on me we'll have jobs to do against one another. So if I get my hands on him, I'll most likely rip him down to the floor.

Meanwhile, Fifita has hit back at claims of New South Wales' so-called "selfish culture" in regards to Phil Gould's comments after the Blues' Origin II loss.

Fifita backed his club and state skipper Paul Gallen for his Origin farewell and even suggested the cultivation of leadership within the group comes back to the players themselves and not past NSW Origin legends.

The six-time Origin representative said when Steve Roach pulled aside the front-rowers in the lead-up to Game Two for a pep talk that he had no idea what he was talking about.

"I don't really know any past players. I never grew up watching the game. I sat there during the last camp and Blocker Roach was talking to us front-rowers at dinner and he was naming all these players. I had no idea what he was talking about," Fifita laughed.

"He said I reminded him of 'Artie' (Arthur Beetson) and Glenn Lazarus. I obviously knew who Artie was because of the indigenous side of things but otherwise I asked for some footage to see how the others went.

"I even said to Blocker: 'do they look like me?' or 'were they big and not muscular as most props are these days?' At the end of the day, you can have as much experience in the camp but it comes down to the 17 blokes playing." 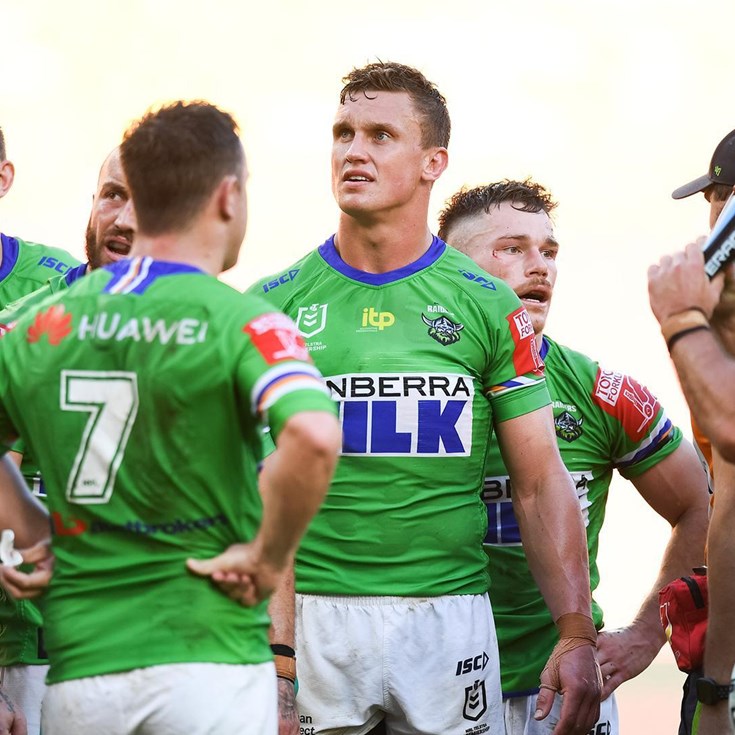