Penrith fullback Matt Moylan's successful top-grade debut as a five-eighth – including a mostly solid effort in defence – has come as no surprise to the man himself or his teammates.

It's no secret Moylan spent the bulk of his junior years wearing the No.6 jersey and almost from the time of his debut in 2013 the 25-year-old has drawn comparisons to Brisbane legend Darren Lockyer, who made a hugely successful transition from fullback to five-eighth.

Still, having never started an NRL game anywhere other than fullback plenty suggested it was a huge gamble by Blues coach Laurie Daley to slot the Panthers custodian into the frontline following the withdrawal of Rabbitohs halfback Adam Reynolds.

Moylan's untested right-edge combination with Josh Dugan and Blake Ferguson was found out badly in the early exchanges, conceding a simple try to Greg Inglis, but muscled up from there other than one powerful try to Gavin Cooper who was able to get one-on-one with Moylan – the only tackle the Penrith skipper missed all night in making 19.

"Obviously having not played there in the NRL I expected a bit of traffic down my edge and it was something we prepared for throughout the week," Moylan told NRL.com.

"I was very confident going into the game. It was unreal the confidence of the players around me, they showed in me coming into camp. They were massive helping me out during the week."

Queensland's intent to throw everything at Moylan was obvious from the time they forced him to make four tackles in the very first set of the game but he never shirked his responsibilities and had some wonderful moments in attack, throwing two nice passes for line breaks – including the long-range run to James Tedesco late in the piece that set the stage for Michael Jennings' match-winner.

"It was just something I had to do, I had to get in there, make my tackles and do my job for the side," he added.

"We were pretty good on that edge. They threw a lot at us and we expected that with the calibre of players we had on that edge. It was something we prepared for and I think we did a good job to contain them."

Immediately after the game his coach had backed the decision to throw Moylan in at six.

"He was very good. He's a footballer. They said it was a gamble, but he's a player and footy players can handle whatever," Daley said.

"Obviously there was a couple of things there he could have done better but for his first crack in this arena it was pretty good."

Moylan's clubmate Trent Merrin – himself unlucky not to feature in this year's Origin series – said it was no surprise the St Clair Comets junior had aimed up.

"He didn't surprise me, I knew he was capable of doing it," Merrin told NRL.com.

"He's a tough kid and he's not scared to put his body in front of the big blokes and do his job for the team. He definitely did that last night and it's a credit to himself and Joshie [Mansour] to get away with the win."

Another Panther in Leilani Latu praised the efforts of both Penrith players Moylan and Mansour in Origin III.

"I'm happy for those two, they've put in a lot over this past season and credit to them, they do outstanding for us at Penrith and you reap the rewards after it," Latu said.

"I'm happy for them but now that the Origin series is done they can come back home and work hard for us here at Penrith where they started so it will be good to have them back."

Moylan hoped the late confidence booster in Origin III would stand the new-look Blues in good stead for the 2017 series with himself, Josh Mansour, Tyson Frizell, Jack Bird and Wade Graham among the recent debutants to have performed well on Wednesday night.

"I think that's the good thing about getting the win," he said.

"For us young guys that have debuted this series it's good to finish off with a win and have that confidence going into next year.

"It's good to see [the new guys do well]. The guys that have come in have definitely taken a lot of confidence off the guys that have been here for a few years and I think that says something about the culture in the squad and we've just got to take that confidence from this game and make the most of it going into next year." 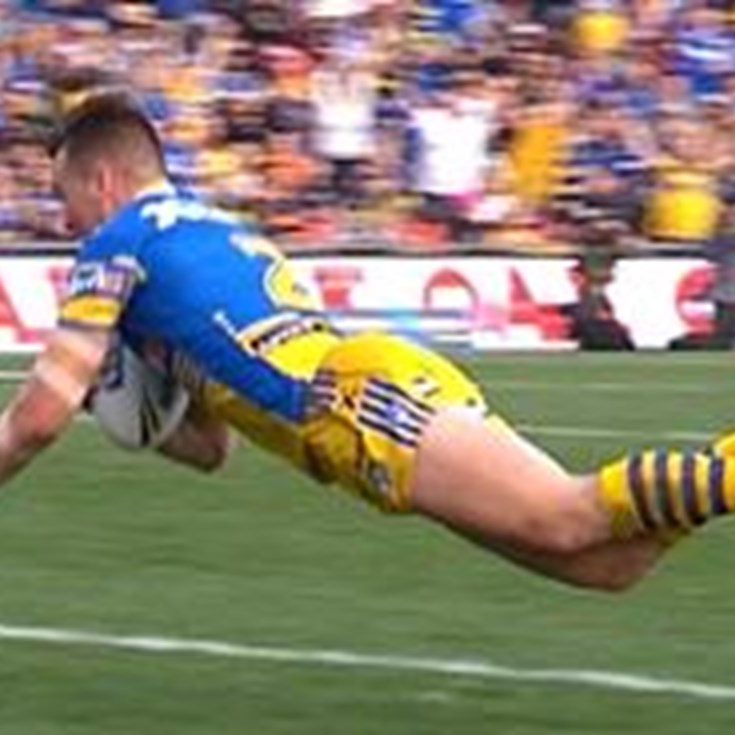