Many times last season 15-year-old Harry Bowes would return home to Dayboro after playing for the Brothers club in Stafford in Brisbane's north and cry.

His pain had nothing to do with the result or the discomfort caused by a nagging back injury that just wouldn't go away but the knowledge that even at his age he wasn't the player he once was.

A hard-running back-rower who loved to defend in the middle more than anything, Harry was good enough to be selected in a development squad by the Broncos and make district representative teams.

He had been playing since the age of seven but the 2015 season was a struggle. Forwards he would once leave in his wake were now way ahead of him and he would find it difficult to simply get through games.

Physically he was unable to keep up with the demands of playing in the middle of the field and was shifted first to the centres, then to the wing and eventually onto the reserves bench.

His love of rugby league never waned but every game he played was harder than the last until he woke up on the morning of August 11, 2015 and his legs could barely function.

Unable to get comfortable lying in bed or sitting in a chair, Harry had spent the night prior cooking and watching TV all while standing to find some relief from the pain. By the time his mother Malynda drove him to hospital from their home in Dayboro the next morning he was merely hours away from permanent paralysis.

Scans revealed that Harry had a six-centimetre tumor towards the base of his spine and he was also diagnosed with Acute Myeloid Leukaemia that would see him spend the majority of the next six months at the Royal Brisbane Hospital.

All this just two weeks after playing his last game of rugby league.

"Another day without the radiation treatment and he wouldn't be walking today."

As the radiation treatment relieved pressure on his spine by attacking the tumor, Harry had to basically learn to walk again, simple acts like walking to the toilet now infinitely more difficult than busting through three defenders had ever been.

During his stint in hospital he set something of a record for the number of PICC lines that had to be inserted into his young body, regular infections meaning that the usual two or three that most patients endure numbered nine and 10.

With every step Harry and his family have taken over the past 12 months they have been forced to take three steps back but Men of League and the broader rugby league family have been there every step of the way.

Offering financial and emotional support, from his own club and those he played against all the way to the XXXX Queensland Maroons, those in rugby league have not only raised funds for the Bowes family but also their spirits.

As we celebrate Men of League Round in Round 20 this weekend Harry is a representation of the many people the game is helping at all levels and how those in rugby league excel at helping their own.

Men of League Brisbane committee member Bob Knight was a close friend of the Bowes family well before Harry's diagnosis but Mark said he had no idea that they would be eligible for the assistance they have received to date.

"Men of League came in when we were crook to offer support and they've been there ever since," said Mark, who has been unable to work full-time as a construction supervisor since Harry's diagnosis almost a year ago.

"Even though I knew Bob I hadn't heard of Men of League up until then. I'd never really heard much about Men of League and then all of a sudden they're knocking on the door saying, 'We're here to help.'

"The football community is just a big family. It doesn't matter how many clubs we've been to, we've still got friends and it totally overwhelmed me, the community itself and the support that we got.

"People who don't put their kids into any kind of sport – not just football – are doing them an injustice. This is where you meet your friends and it's just a big family."

Adds Harry: "When they took us to the Origin, best day of my life. I couldn't think of anything better to lift my spirits.

"Even now I look at the photos and I'm amazed that I met them all. It was just so nice of them to do that and it brought us all to tears and made us pick up a bit."

While Harry has come a long way the reality of his situation is not lost on him.

He has lost two friends already whom he met whilst in hospital and has been told that there is a 40 per cent chance the leukaemia will return within the next two years.

His bloodwork is monitored every two weeks, he has regular MRIs on his spine to ensure the tumor remains benign, there are physiotherapy sessions to help strengthen his back and he undergoes a lumbar puncture to check the status of the marrow in his bones and that the leukaemia hasn't returned.

Yet throughout it all he has smiled for every photo – no matter how ill he has been – and wants to one day work as a nurse so that he can help other people through the torturous ordeal that he has been subjected to.

And even though there is a request sitting with the Make-a-Wish Foundation for a motorbike, all he really wants is to be able to play rugby league again.

"We still go and watch my team play and it breaks my heart seeing them all play and not being able to. 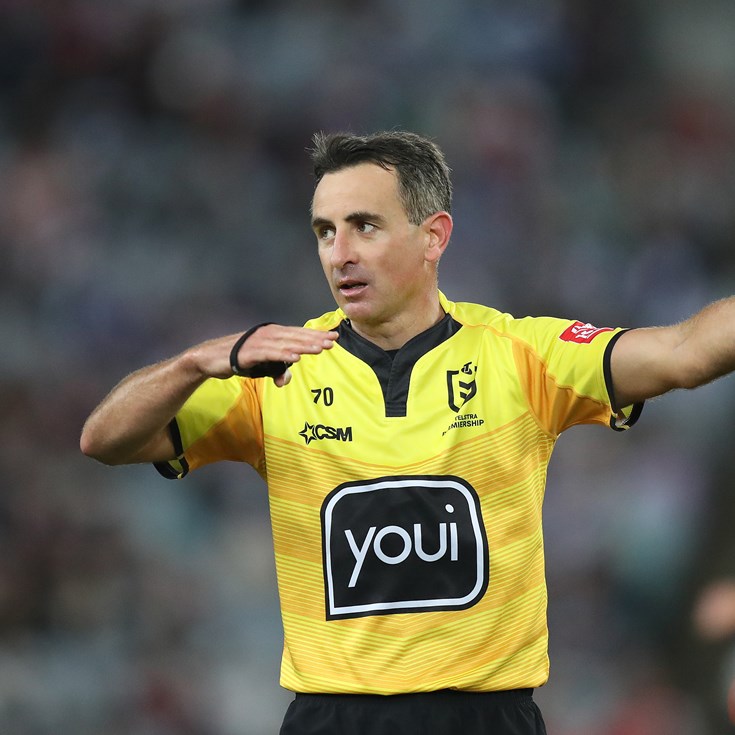