Brisbane prop Adam Blair admits the loss of second-row forward Matt Gillett to a shoulder injury is big blow to the Broncos' chances of defeating Penrith on Friday night at Suncorp Stadium.

Gillett has succumbed to a shoulder injury for a second week in a row after injuring his rotator cuff in last week's State of Origin match.

Touted as a potential future captain of the club, Gillett will be a huge loss for Brisbane as they try to keep in touch with the top four.

Blair says Gillett's leadership is irreplaceable, and the 30-year-old knows it will be a tough ask without the Queensland star.

"We lose a lot of leadership. You can't replace the experience that he brings," Blair said.

"He's really good defensively and outstanding in attack. He's been one of our best players all year and he leads by example.

"We'll miss a lot of that leadership, but it leaves a spot open for someone else to step up and make their mark."

Gillett was also absent from Brisbane's 30-10 win over the South Sydney Rabbitohs in Round 19.

The Broncos will therefore know they can do the job without him as they prepare to try and achieve back-to-back wins for the first time since April.

Blair said although the squad's confidence is on the rise, there is still a long way to go before they recapture the early season form that saw them win seven of their first eight matches.

"It's good that we've got a bit of belief back in the squad," he said.

"We knew we hadn't lost our confidence and we just had to prove it to ourselves by going out there and playing some good footy against the Rabbitohs.

"Defensively we were better but there's still a while to go."

Brisbane will need to be at their defensive best if they are to defeat a Panthers side that has already tasted victory over the Broncos this season.

Wayne Bennett's men led Penrith 22-6 going into half-time of that Round 3 clash, before the Panthers' second-phase footy helped them secure an enthralling 23-22 comeback win.

Blair remembers the night well, and the New Zealand international says Brisbane's line speed will have to be lightening quick if they are to shut down the likes of Penrith stars Bryce Cartwright and Matt Moylan.

"We are slowly getting back to where we want to be," he said.

"We aren't in form at the moment, but we're slowly taking the required steps to find our form and be back to where we want to be.

"Coming up against a quality side like Penrith will be a good test.

"Everyone knows what they can do. When we played them last time we started really well and then they came back by moving the ball around a lot.

"They shift the ball a lot so we'll have to be on our game defensively. We need to keep moving forward as a line and turning up in defence." 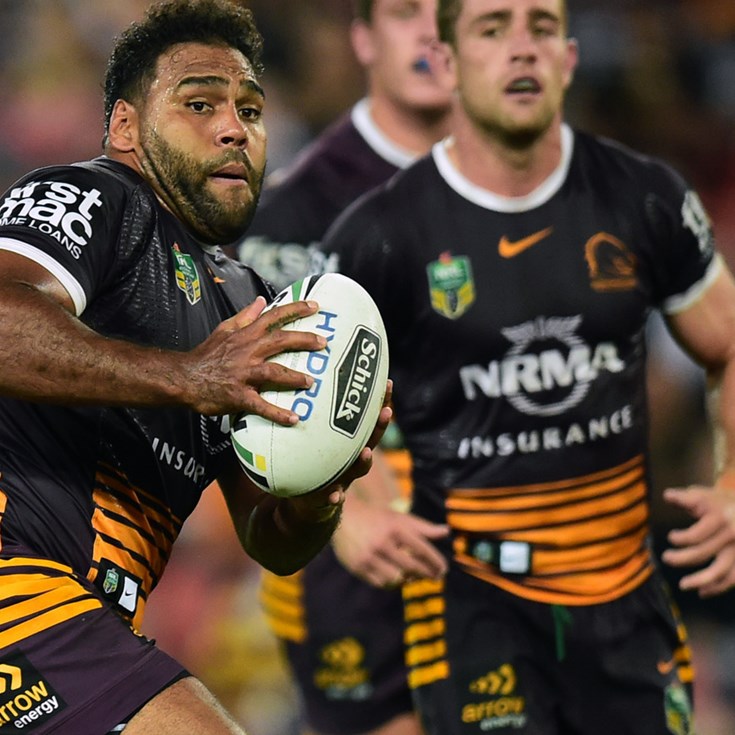 Don't write us off: Thaiday