With the bye rounds behind us and State of Origin well and try over, the big names return this week as NRL Fantasy coaches look to get their full-strength 17s together for the crucial run home.

Cowboys: Back in action after last week's bye, the North Queensland side has a whopping seven changes with the State of Origin stars returning as well as injured five-eighth Michael Morgan, plus Javid Bowen replacing the suspended Kyle Feldt. Johnathan Thurston has averaged 60 points across his past three games and after dropping more than $100,000 on his starting price is ripe for the picking at $426,000.

Bulldogs: Like the Cowboys, the Bulldogs are fresh from a bye. NSW forward Josh Jackson and David Klemmer return, with Tim Browne moving back to the bench while Apiseli Fine drops out of the side. Danny Fualolo and Craig Garvey are on an extended bench. Aiden Tolman has been playing the full 80 minutes of late and is averaging close to 65 in his past three games, making him a tempting point-of-difference option up front. Brett Morris is in superb form after scoring seven tries in three games but it's unlikely he can keep that up for long. David Klemmer's become a solid 50+ scorer since his mid-season move to lock and is a cheap keeper at $407,000.

Broncos: Corey Parker is back from suspension and is in excellent Fantasy form of late, while Jordan Kahu's pec injury means Tom Opacic gets another run in the backline. Ben Hunt's 18,000 Fantasy owners would have been happy to see him bounce back into form at last with a 57, including a try and a few tackle breaks.

Panthers: No changes to the 17, although Moses Leota and Viliam Kakau have been added to an extended bench. Josh Mansour is in stupendous form after scores of 81 and 98 and could rival Cameron Munster and James Tedesco as a standout in the winger/fullback spot in the run home. Bryce Cartwright remains a Fantasy keeper.

Raiders: Josh Papalii returns and Luke Bateman is back from suspension, with Clay Priest and the injured Kurt Baptiste dropping out of the side. Joey Leilua may have hit a form slump but Jarrod Croker and Elliott Whitehead are in great touch at the moment – and even Leilua should get some chances against the traditionally shaky Warriors defence this week.

Warriors: Jacob Lillyman is back for the suspended Charlie Gubb in the only change for the Warriors this week, meaning Bodene Thompson is still out of the side after being a late withdrawal with injury. He's still a chance of playing so stay tuned to the late mail. Shaun Johnson's price tag has risen over $500,000 after his latest 60+ score and Simon Mannering looks set to play the full 80 at lock for the rest of the season after he wasn't shifted to the second row to cover Thompson's absence last week. Issac Luke is a solid option at hooker after last week's 65.

Titans: With Greg Bird copping a one-match suspension Agnatius Paasi starts at lock and Nathaniel Peteru joins the bench. Ryan James is still a keeper but his price is falling fast at the moment, and he could be a value buy in a few weeks. Nathan Peats is back to hitting 50s (he made 66 with a try on the weekend) while Konrad Hurrell made a handy 36 on the weekend and is very good value at $159,000.

Eels: Michael Jennings is out with a hamstring injury, with Brad Takairangi replacing him at centre, while Kenny Edwards moves into the starting pack and Peni Tereop shifts to the bench. With Corey Norman again out of the side, Clint Gutherson keeps the five-eighth spot after impressing there last week. There's no real rush to cash out Eels players if you picked them up for the bye rounds after Michael Gordon (58 last week) and Gutherson (51) both performed strongly in Round 19, while Manu Ma'u has now played a couple of games at centre and could become a dual position player in a couple of weeks' time if that continues.

Storm: No changes for Melbourne. Cameron Munster picked up where he left off with a 50 in his return from injury against Newcastle on Sunday, while Jesse Bromwich played the full 80 minutes in that game – the first time he's done so this season. If Cameron Smith isn't your starting hooker, buy Cameron Smith.

Roosters: Unchanged. Jake Friend's recent scoring is a bit of a worry, although he did manage 45 points in 68 minutes after getting some bench time following a broken nose. If you've got trades to spare but need some extra cash it could be worth making the switch to Andrew McCullough.

Draw Widget - Round 20 - Sharks vs Knights

Sharks: Andrew Fifita is back from suspension, meaning Paul Gallen reverts back to his usual lock position after starting up front last week. Fa'amanu Brown drops out of the side. Gallen hit his first sub-40 score of the season last week – after a lot of Fantasy coaches, yours truly included, traded him in – but should lift in the run home as Cronulla look to secure the minor premiership.

Knights: Newcastle have two players out suspended, with Jake Mamo and Daniel Saifiti replaced by the returning Dane Gagai and Jacob Saifiti, while Pauli Pauli and Mickey Paea replace the injured Sione Mata'utia (jaw) and Robbie Rochow (pec). David Bhana is 18th man. There's not a lot of value at the Knights these days, so steer clear if none of them are in your side already.

Dragons: Benji Marshall is back while Tariq Sims will start at prop this week, with Taane Milne and Adam Quinlan also coming into the side for Tim Lafai and the injured Kalifa Faifai Loa. Jack de Belin's game time took a hit on Friday night, scoring just 37 in 54 minutes. Euan Aitken and Josh Dugan are the definite keepers at the Dragons although Mitch Rein is a more than handy back-up hooker option.

Rabbitohs: Adam Reynolds and Bryson Goodwin have been named to return from injury with John Sutton moving back to the forwards and Nathan Brown dropping back to the bench. Cody Walker bounced back superbly from his previous score of 21 with a 69 in Round 19, while Sam Burgess continues to eke out 50s.

Sea Eagles: Nate Myles and Brayden Wiliame are back with Addin Fonua-Blake the 18th man and Brad Parker dropping out of the side. Jake Trbojovic may have just about won his team the game against the Warriors with a charge down on Shaun Johnson's golden point field goal attempt, but in the three weeks since he stopped playing the full 80 minutes he's scored just 37, 45 and 35 – a far cry from the 55 points a game he was scoring before then. His limited game time is coinciding with a rise in form for Manly so the gameplan is unlikely to change, making Trbojevic a potential trade for those who have trades to spare. 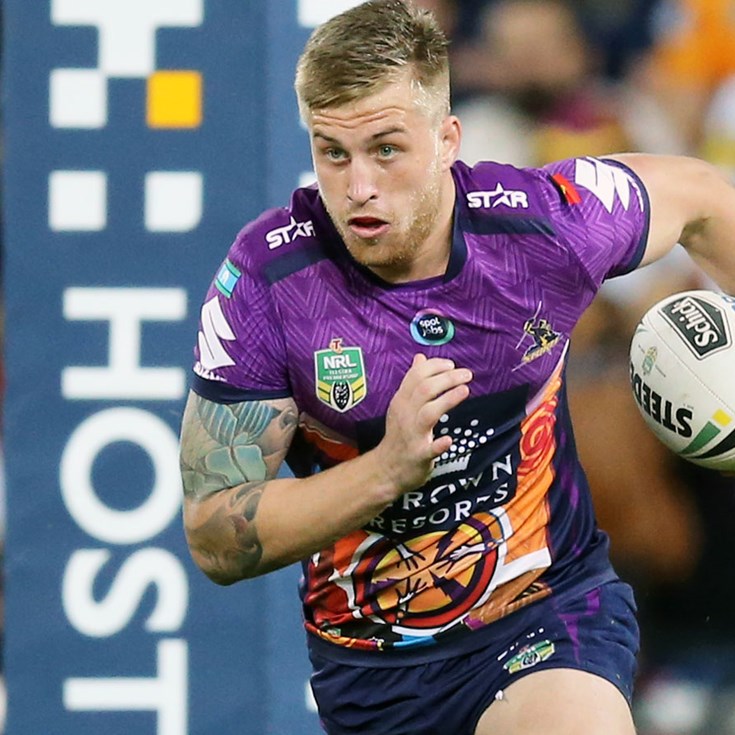