Melbourne Storm captain Cameron Smith has praised the work ethic of his younger teammates, and said the consistency they've brought to the side has played a huge part in where they sit on the NRL Telstra Premiership ladder.

Melbourne are first, albeit temporarily until the Sharks host the Knights on Sunday, and Smith believes the step up in class among the younger players this year compared to last has been a big help this season.

"We do have a lot of young guys, but a lot of those guys have been in our system for a couple of seasons now, and it's something we spoke about at the end of last year in our season review about our consistency, and we challenged the younger guys to bring that consistency to our squad, and I think that's what probably is making the biggest difference to our team this year," Smith said.

"Yes individuals are playing well, but those young guys are playing well every week, there's no dips in their performances, we've set ourselves a standard this season that we want to stay at or be close to and we've been able to achieve that."

The Storm conceded the opening try before running in 26 unanswered points to beat the Roosters 26-10 on Saturday night, and coach Craig Bellamy was pleased with the win given his side's nervy opening.

"I was really happy with the win, obviously our start wasn’t great especially with them scoring off that kick, and I think they had the best of the first 15-20 minutes, but we hung in there and I thought our defence really kept us in the game," Bellamy said.

"I thought we scored a couple tries off kicks in the first half and they were planned which was good the way they came off, and in the second half our attack was a little bit better especially down in their end scoring a couple of tries."

Regardless of the Sharks result on Sunday, the Storm are six points clear inside the top two, and face the third-placed Cowboys in North Queensland next Saturday night.

Smith is pleased with the position the Storm find themselves in with just six rounds remaining, and once against heaped praise on the Storm's youth for their professionalism during the Origin period.

"We know we're in the top two at the moment and that's really nice, particularly with the finish to the season that we've got, we're playing against some really good sides and a couple of those are away from here starting next week against the Cowboys," Smith said.

"It's pleasing to be in the position we're in at the moment particularly getting through the Origin period, last year it was pretty much the opposite of this year, I think we won one match during that time, and this year we lost one match, and again that comes down to the younger guys taking some onus around the place and making sure their commitment to training and their performances when some of the more senior guys are away are good." 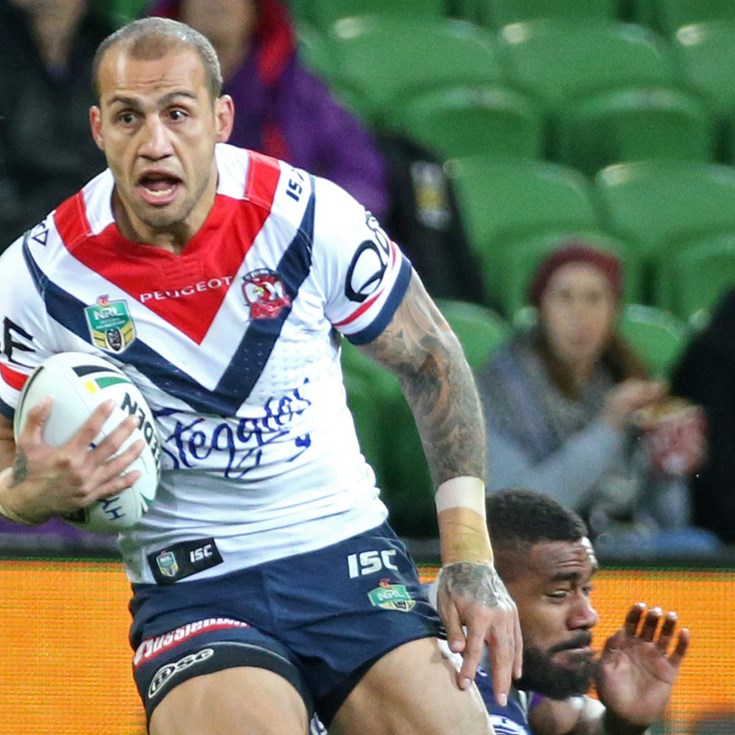 Roosters want to be more than 'spoilers'