St George Illawarra halves Gareth Widdop and Benji Marshall have received unwarranted criticism according to one of the playmakers they will face off against in Round 21, Bulldog Josh Reynolds.

Reynolds – with halves partner Moses Mbye – has copped his fair share of flak in recent weeks and knows from the experience that the Dragons won't be resting the blame on their skipper Widdop or the veteran Marshall.

The Dragons are sitting second-last for tries scored (41) and line-break assists (37) competition-wide in 2016, while they sit at the bottom of the table when it comes to try assists (32).

But statistics don't mean anything when the blame for poor performances is dished out.

Reynolds and Mbye have spearheaded the Bulldogs' attack all year and sit just one point out of the top four on the NRL Telstra Premiership ladder.

Reynolds and Mbye have overseen a Bulldogs team that sit in the top six competition-wide for tries scored (74) and try assists (57) while they're second in the NRL for line-break assists with a whopping 71.

Regardless they remain two of more heavily-critiqued partnerships across the game.

When the Bulldogs have a bad game, as they did last Thursday in their 36-0 loss to North Queensland, the blame somehow shifts towards Mbye and Reynolds.

When it comes to Widdop and Marshall, Reynolds can appreciate the pressure cooker the two currently find themselves in.

"I find them, whenever I play the Dragons that [Marshall and Widdop] are a handful. The Dragons throw a lot of different plays at you compared to a lot of teams," Reynolds said.

"I think for them at the moment their execution is just not on for them. If they start sticking passes though, they're very dangerous.

"It's always easy to blame the halves but I bet at their club they're not copping the blame. They'd be all taking a bit of the onus, not just two of them. So their backs will be against the wall and they'll be wanting to fight their way out."

Reynolds said he and Mbye's tendency to run the ball has its pitfalls but was confident it won't have any ill-effects if they continue to share the workload.

At the very least, it keeps things interesting.

"When Moses came through grade he was a centre, a five-eighth or even a fullback. So running a side doesn't come natural to him. I think Moses and I have taken that role half-half, 50-50," Reynolds said.

"Some games, Moses is doing a bit of the talking because we're going down his edge more or vice-versa. It was a big hurdle for us to determine who was going to be the dominant half but we're taking turns.

"There's no tug-o-war. Most teams have the one half who runs a lot of the stuff and sometimes when you're defending them you can tell what way they're going to go.

"Here we have two options, which can't be a bad thing." 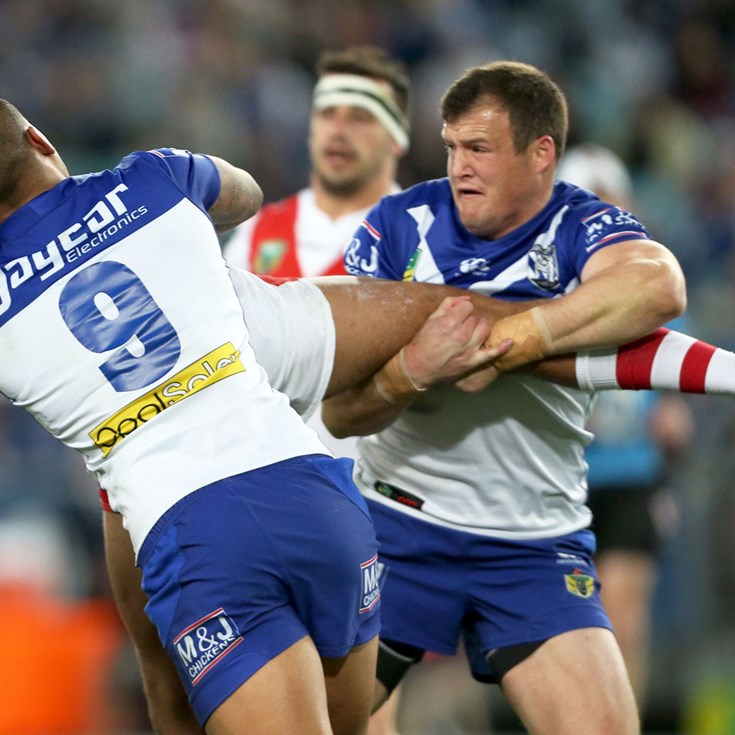 Ugly display does the trick for Bulldogs