On-loan Panthers back and England international Zak Hardaker is hoping to make the most of his short spell in the NRL to prove to himself he has what it takes before returning to his Super League club Leeds at the end of the year.

The 2015 Man of Steel (the Super League equivalent of a Dally M medal) had the unaccustomed experience of sitting on the bench for the full 80 minutes in a tense win over Parramatta recently but hit back with a good performance and his first NRL try last week in Brisbane.

Hardaker told NRL.com he wanted to learn as much as possible and take every chance during his short NRL spell before returning to Leeds – but is glad to be feeling a bit more comfortable down under after contributing to last week's strong win.

"It was always going to take time and I feel like I'm getting there now. To get another game under my belt and get a try is pretty special for myself," Hardaker said.

The five-Test veteran isn't used to warming the bench but after unfamiliar task of doing so for 80 minutes in Round 19 insisted he was happy to fill whatever role the coach asked. Anthony Griffin even took the 24-year-old aside after that game to let him know why things panned out the way they did.

"That was a tough one; every player would probably tell you he wants to go out there and play," Hardaker said of the Eels game.

"I do get a bit upset, I probably was for the first 10 minutes after the game but 'Hook' (Griffin) came straight up to me to be fair and apologised and said he didn't want to change the team as it was quite close and could have gone either way and I totally understood that.

"I'm here for the team, I'm not here to be an individual. I was happy for that afterwards and came into training smiling a couple of days after and trained as hard as I could and he put me on the bench again [for the Brisbane game last week]."

While Hardaker felt for teammate Waqa Blake – who was concussed in the first half of that game – there was a silver lining for Hardaker, who came on earlier than he expected and scored a try in the convincing win.

"It was great; [it was] under unfortunate circumstances with Waqa knocking himself out I got to play a bit more game time than I thought I probably would have got so to do that and to grab a try, it's always good," he said.

"When I got the chance to come out here I was fully aware of the team and the special players they had in it.

Hardaker admitted there were aspects of the NRL that proved a step up to what he was used to back in the UK.

"I think it's a bit faster but it's just the quality of opposition. Back home you get the same kind of kicks but nine out of 10 are on the money over here, the quality of players that are doing it is a massive difference," he said.

"When they kick to the corners it really does go into the corner so you have to bring it out in a tough position but that's why I wanted to come out here, I wanted to test myself against the best and if I can get something out of it and become a better player in the long run then so be it."

Of his deal with Penrith – which also saw Penrith hooker James Segeyaro link with Leeds – Hardaker said he was almost certain to head back to Leeds next year, where he is still contracted, unless an NRL club wanted to buy out his contract.

"As far as I know I'll be definitely going back, that's where my contract's at. I'll just have to see what happens; if a club wants me I think they'd have to buy me out which is always a daunting thing for clubs but I'm up for anything," Hardaker said.

"I've been asking to come to the NRL for the last couple of years but I've always been tied down with long contracts at Leeds and that's why it's been pretty difficult to get out but I expressed that to Gary Hetherington, the chief exec at Leeds and this opportunity came up that I could go on loan for the remainder of the season.

"I wasn't too keen to do it at first purely because Leeds weren't sitting in the best position and I didn't want to leave the boys, I wanted to try and help out so I said no at first because I wanted to help the lads back home.

"I talked to Brian McDermott the coach and Gary about it and they said they've got some good young lads coming through and they'd be happy for me to go for the remainder of the season so I thought why not, I'll definitely come out because it's something I've always wanted to do.

"Within five days I was on a plane over here so it happened quite fast." 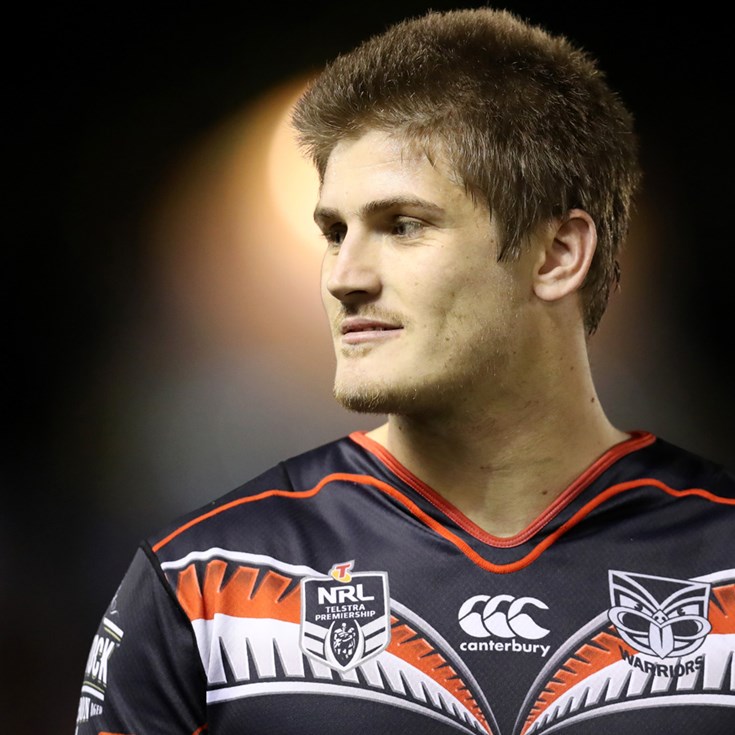 Bunty Afoa arrives out of the blue