Cameron Smith was the man with the golden touch against the Rabbitohs on Saturday night, with a last-second penalty goal followed by a golden point field goal enough to see the Storm move to the top of the NRL Telstra Premiership ladder after Round 22.

The Storm were outplayed by Souths for most of the night, but when the visitors were penalised 40 metres from goal, Smith goaled to send the game into the extra period.

"I kick those distances at training, but playing in a game is a bit different – after playing for 79 minutes it always gets a bit tiring," Smith said.

"That was probably the right option, they defended well all night, and I thought it was best to have a shot. When I decided to have a shot I was fine with that decision, I was very confident I was going to get the distance, it was just a matter of getting it between the sticks."

Smith was on hand again just four minutes later to seal the Storm's 13th win from their past 14 games, as he stepped out of dummy half and nailed the field goal from 20 metres out.

Not known for his field goal ability, Smith gave Cooper Cronk the credit for the idea that the captain would take the shot, kicking just his third ever field goal.

"Cooper had a shot earlier and I think he had a fair bit of heat on him on that one, and he mentioned to me when we got the ball back [after Adam Reynold's missed field goal attempt] that maybe if I see the opportunity just to go out to the left side and have a crack," Smith said.

While it was all smiles after the game, Storm coach Craig Bellamy said his side were not themselves on Saturday night but couldn't pinpoint the reason as to why.

"I thought we were off the pace for most of the night, obviously early in the second half we started running with a bit more purpose and hung onto the ball a little bit, but our first half was way down," Bellamy said.

"I'm not quite sure why, maybe a lack of attitude, or we had a long trip last week and played in the heat so I'm not sure if that was us being a little bit lethargic in the first half.

"I'm not quite sure of the reason, but hopefully when we chat to the players through the review we might find a couple things out, but we were pretty disappointed with the execution and the way we defended tonight.

"It's disappointing for me to say, but I think they out-defended us tonight to be quite honest."

The Storm sit on top of the ladder after the Sharks lost to the Raiders on Saturday afternoon, but they'll have a tough task staying there next week as Melbourne travel to Canberra on Monday night.

The Raiders have been one of the form teams of the competition over the past month, and Smith knows a drastic improvement on Saturday night's performance is needed if his side are able to beat Canberra.

"They're in really good form, they've scored 80 points in the last two weeks and they've found a fairly good recipe with their style of football this year," Smith said.

"I can't say it simpler, we need to be better than what we were tonight to go up there and try to get a victory and stay where we are on the ladder." 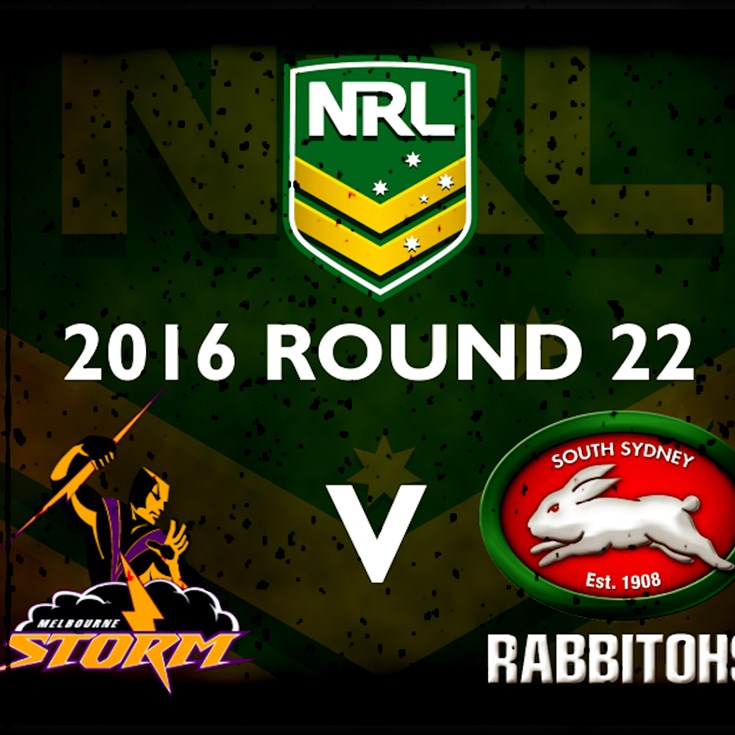