Brisbane halfback Ben Hunt says he is disappointed the Broncos have elected not to enlist the services of Queensland coach Kevin Walters.

An assistant coach at the club in 2015, Walters left the Broncos to coach the Maroons to a 2-1 series win in this year's Holden State of Origin series.

With the series over, Walters looked set to return to Brisbane as a coaching consultant for the rest of the 2016 season but that is now not to be.

The deal fell over at the last minute, with coach Wayne Bennett opting against bringing back his former assistant.

It was news that left Broncos squad members disheartened, with Walters a favourite at the club.

"I've always got a lot out of Kevin when he's come in and helped us out, especially when he was here fulltime last year," Hunt said.

"He's an excellent coach and he's been wonderful for Anthony Milford and I. We're both just trying to continue on with the little things he's taught us.

"I've had the odd conversation with him over this year but nothing serious.

"I was a little bit disappointed when I heard the news that we weren’t getting him back.

"I like Kevin as a coach and a person. He's a great character off the field as well.

"In saying that, we have a great coaching side here and I'm happy with how we're going at the moment."

The mood has certainly lifted at Red Hill after Brisbane's 12-8 win over the St George Illawarra Dragons, but they still have a long way to go if they want to be title contenders.

Friday night's clash with the Parramatta Eels is the start of a run of matches that includes three home games in four weeks.

The Broncos will need to win all three if they are to be any chance of securing a top four spot, with Bennett's men sitting two games behind fourth.

Brisbane's run home also includes a trip to Melbourne to face the Storm, a team that defeated them 48-6 in Round 17.

It was an embarrassing night for the Broncos, and Hunt was blunt in his assessment of their lack of effort in defence of late – labelling his side's recent showings as 'soft'.

"I think everyone took some soft options in some of our games," he said.

"That Bulldogs game where we got smashed was not what the Broncos are about.

"We pride ourselves on being a good defensive team and that's something we've lost recently.

"I don't think there are any teams in the competition that are worried about our defence at the moment.

"It does come down to soft options and we need to work harder if we are to get those out of our game and help each other out."

Brisbane may have kept the Dragons to eight points in wet conditions last week, but it's their defence in weeks prior that Hunt believes still needs fixing.

Leading into that Round 22 win, the Broncos had conceded over 30 points in four of their past five games.

It's left many wondering if they are still a premiership threat and these last four matches will now make or break their season. 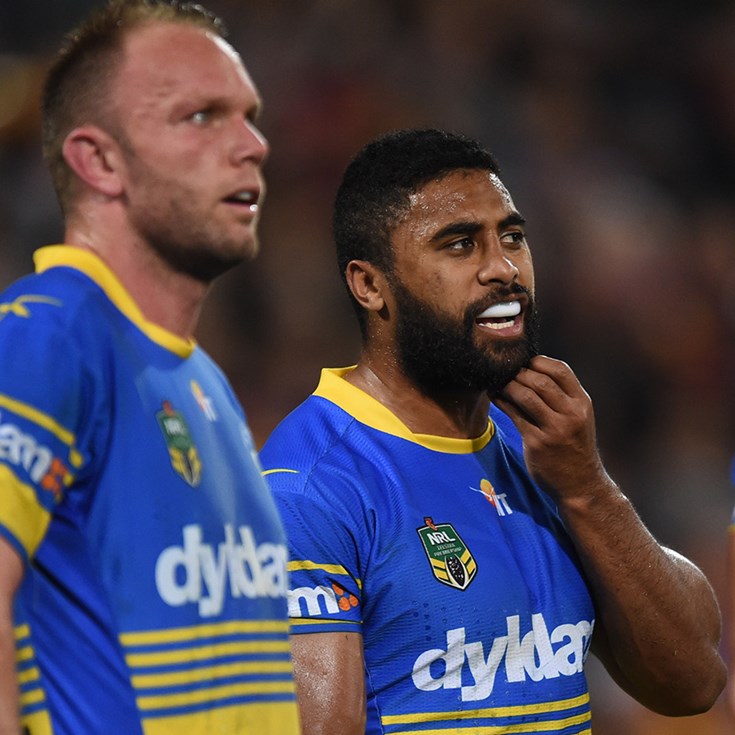