Sharks players aren’t buying into the "loss we had to have" philosophy after tasting defeat for the first time since Round 3, but they are treating last week's resounding loss to the Raiders as a reminder they still have some improving to do before the finals.

The 30-14 result at home came minus key man Michael Ennis but halves James Maloney and Chad Townsend say that is no excuse for their defensive lapses, particularly at their home ground.

Maloney pointed out it's better to have the reality check now, with time left to fix it, rather than during the finals series, and was happy not to have peaked too early.

"Whether we had to have [a loss] or not, I don't know. We need to focus. The thing is we don't want to be playing our best footy right now," Maloney said.

"If we were really humming along and everything was falling into place, I'd actually be more worried than the way it's going, because you can't sustain that for eight weeks.

"We need to be playing our best footy [in the finals]. There are things we need to re-focus on and nail down. And we've got time to do that so we can have them all in play ready to go."

Draw Widget - Round 23 - Dragons vs Sharks

The Raiders loss came just a week after a 15-game winning streak was broken in a 90-minute draw against the Titans, and both teams were able to frustrate the Sharks with an aggressive, in-your-face style and to an extent use their own style of play against them. Maloney said he expected more of the same through the rest of the season but wasn’t concerned teams had figured them out.

"They probably played the same style Gold Coast did the week before. There is probably a lot of sides that will come with that same game plan soon," Maloney said.

"We know it's coming. It won't be any surprise as we know how sides are going to try to play us. We'll cop that."

Townsend said the most disappointing thing about the Round 22 result was that the team didn't play to the best of their ability, even given the absence of Ennis.

"It was our first loss at home, in front of a decent sized crowd… We have some areas we can improve on that's for sure," Townsend said.

"We let 30 points in which is not good enough. We let our standards drop; our standards are definitely higher than 30 points [conceded]. That's probably the most disappointing this for us as a group."

Townsend said the team's long winning streak was only spoken about externally.

"It was never ever spoken about internally in our video reviews or our previews, it was just week to week and on the weekend we lost. For us it's about next week and this week it's against the Dragons and that's where our immediate focus is," he said. 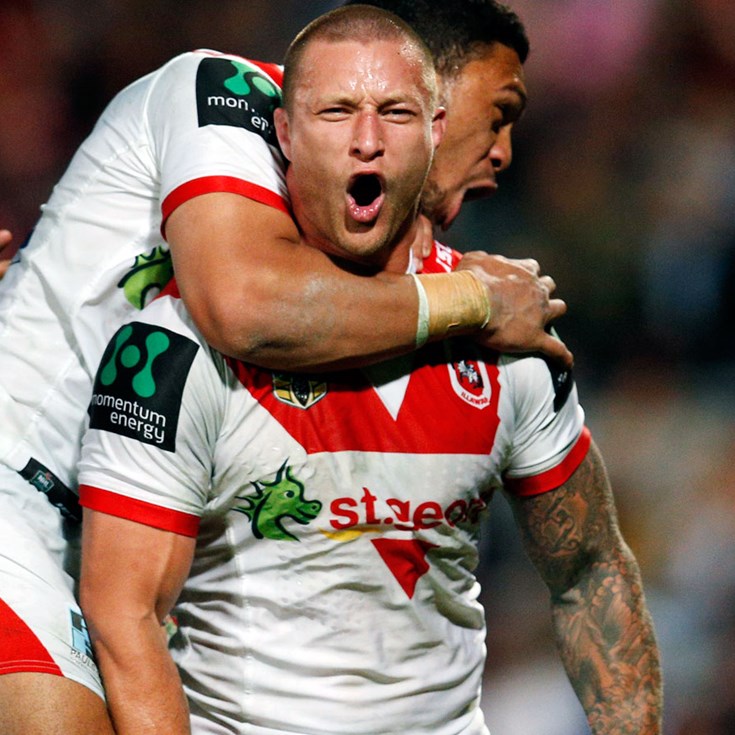