South Sydney ending their nine-game losing streak on Saturday night has a direct correlation to the club's improving injury toll and ability to field consistent combinations, according to coach Michael Maguire.

The Rabbitohs celebrated a return to the NRL Telstra Premiership winner's circle with a commanding 41-22 victory over top-eight hopefuls the Warriors.

Maguire took an unchanged line-up to Auckland, following a 15-14 golden point loss to the Storm in Round 22, and believed his side had reaped the benefits.

"One [key contributor] is obviously having your key players on the park, I think right throughout a long period of the time we probably haven't had the same combinations for a long period," Maguire said.

"I think this is the first time we have had the same team and combinations for two weeks in a row.

"It allows you to grow various things.

"It's understanding the players we have actually got on the park now, I have actually probably got my full group pf players playing.

"We have had a lot of different combinations, but in saying that we are looking to build on what we are doing right now, we know that the future is leading in to a pre-season at some stage, and the boys to their credit, around their leadership, have said 'we are starting now.'

"I'm obviously proud of my players, we have been through a fairly tough period as a club over the last couple of months.

"I know the boys have been putting a lot of work and effort in the background, and to be able to get those last two performances is probably a true reflection of the team I have."

Five-eighth Cody Walker admitted there was a sense of relief in the changing rooms post-match, after a period which saw the club drop down to 13th on the ladder.

"It was a great team song and we enjoyed that, and we can build on that.

"[I am] just proud of the boys to get through it and to come away with the win.

"We built on that [confidence] from last week and it was a pretty good effort, that first 40 minutes was probably what we want to build our season on, and we showed that last week and this week."

The Rabbitohs went into Round 23 possessing the fourth worst completion rate in the NRL, averaging 75 per cent across the season.

But in Auckland they were flawless through the first 40 minutes of the clash at Mt Smart Stadium, completing 16 out of 16 sets and scoring five tries for a 31-6 lead at the break.

Souths finished the match with an 88 per cent completion rate, with Walker pleased to see further improvement after completing at 81 per cent a week earlier against Melbourne.

"That's our plan every week, that possession game and I think we did that tonight," Walker said.

"That's been the big issue every game throughout the year with our completion rates, they haven't been good enough and the last two weeks have been up there and we have given ourselves a chance." 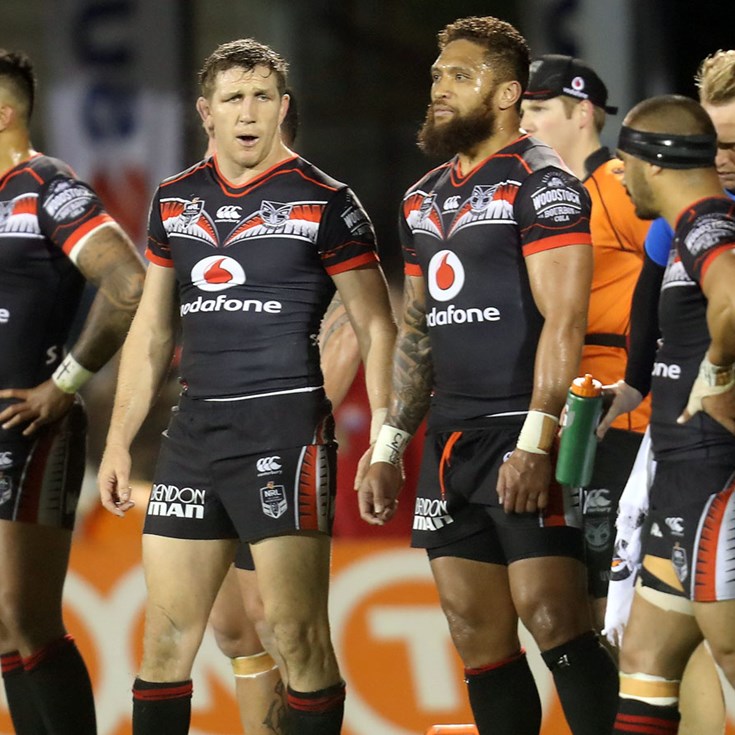 We need to get over this quickly: Warriors

Warriors rookie pair to the fore

Warriors back defence on run home