Penrith skipper Matt Moylan believes the Panthers cannot afford to play like they did in the first half of their 42-6 win over the Knights on Sunday afternoon in the coming weeks.

While they ran in six second-half tries to further compound the Knights' horror season, Moylan was thankful the Panthers' defence held strong in the first 40 as ill-discipline and errors dented their attacking opportunities – the teams going into the half-time break level at 6-all.

Penrith ended the game with 12 errors and 11 penalties (the majority of which were racked up in the first half), with Moylan conceding their hopes of a finals berth will be buried if a repeat performance occurs.

"Our performance in the first half won't test a good side later in the year. We gave too many opportunities away," Moylan said.

"We defended well and were able to turn them away for a lot of that but in the back-end of the year, in those crunch games, we can't be giving sides that many opportunities.

"We showed against Brisbane [in Round 20] that we can grind out a win for 80 minutes.

"But it's something we need to be patient with. We can't push passes or play too expansive in certain situations."

Draw Widget - Round 23 - Knights vs Panthers

Penrith earned an admirer in Knights coach Nathan Brown following the 36-point shellacking of his side.

"They have plenty of football in them so the thing is whether they're mature enough yet to take on a team like the Storm or the Cowboys on in a high-pressure game," Brown said.

"That becomes a part of their maturity and the only way they'll be able to prove it is if they have a shot at it.

"One would think they make the playoffs this year and that'll give them a true indication of where they are at. There's definitely going to be a window for them over the next three or four years to win a premiership."

While the Panthers temporarily separated themselves from a logjam of teams fighting for a finals position, they could very well fall back into obscurity if they lose to a desperate Wests Tigers side on Friday night.

Panthers back-rower Isaah Yeo was confident Penrith won't get ahead of themselves in the meantime, with the likes of the Warriors and the Cowboys both losing over the weekend.

"We're still fighting for a position in the finals with about four other teams so we have to be playing well. The best thing about it is we're defending well," Yeo told NRL.com.

"To only let in one try off a kick was pleasing. We haven't gotten ahead of ourselves all year and I think that goes a long way to being a good team." 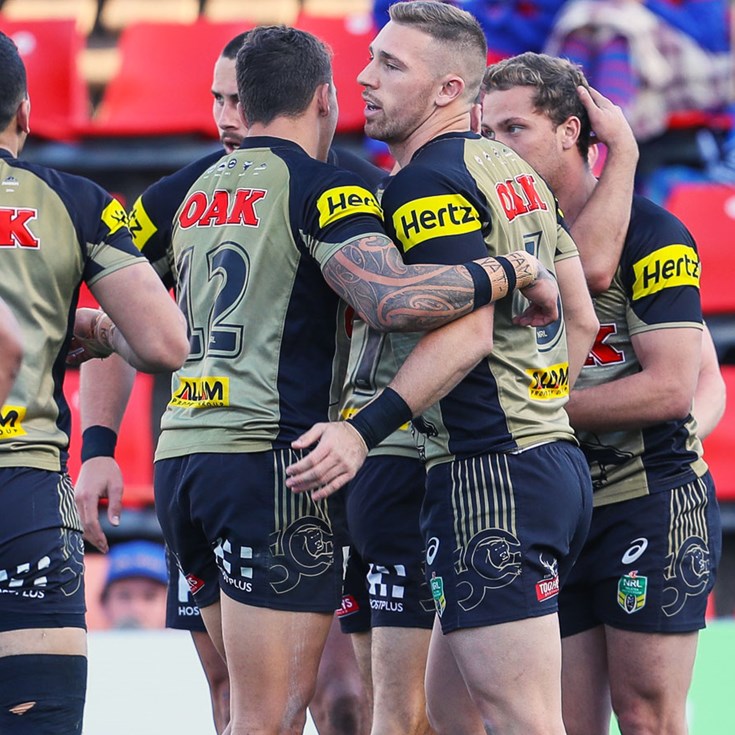 Gagai comes of age in Newcastle