Roosters coach Trent Robinson left Pepper Stadium last Monday night disappointed with the way his side started and finished sets in both defence and attack.

It took just six days for his players to respond.

They haven't had a lot to cheer about in 2016, but the Tricolours answered their coach's challenge with a commanding 22-10 win over last year's premiers the North Queensland Cowboys at Allianz Stadium on Sunday.

It continued an impressive run of form for the three-time defending minor premiers after the Roosters knocked off the Broncos – the 2015 beaten grand finalists – a fortnight ago.

Despite conceding an early try, the Roosters never panicked, running in four straight tries to open up an unassailable lead heading into the final 20 minutes against a below-par Cowboys side.

Several players produced their best game of the season, with Shaun Kenny-Dowall once again starring at centre while Mitchell Pearce made another successful return from injury with two try assists.

Pearce's kicking game, and the pressure applied by the chasers, was a welcome sight after both areas were severely lacking in the 20-point loss to the Panthers.

"It was I think our best performance of the year so far. I thought it was a really high-quality game," Robinson said.

"Even though they were out of sorts at different times, I thought that was brought about by us by the way we defended.

"There was a lot of arm-wrestle footy in periods and that's why I think it was our best game this year.

"We just haven't been able to do that, and finally we got the end of our sets right and then we received the ball much better than what we did nearly all year."

With three matches remaining this season – and the finals out of reach – the Roosters could have easily fallen into the trap of starting to plan for next season instead of worrying about the task at hand.

According to Robinson, that was never going to be an area for concern.

"People keep asking me about next year, but it is about the 'now'," he said.

"Next year will be laid on the park about what we do at the moment or at training or in video or whatever it is. That was a performance that will help next year but it was always about today."

The result was particularly pleasing for Roosters skipper Jake Friend given the embarrassing nature of the scoreline when the sides met back in Round 3.

Having been humbled 40-0 in Townsville, the Tricolours threw caution to the wind this time around to shut down the Cowboys' playmakers with an up-and-in swarming style of defence.

"It burns in the back of your mind during the week. You remember those sorts of losses and they hurt," Friend said.

"It was just good to see that 17 blokes turned up and everyone put in a massive effort.

"The way we went after them with pressure is a bit risky, but the boys are working hard, and if we did come up with the wrong decision, someone was always there to have each other's back." 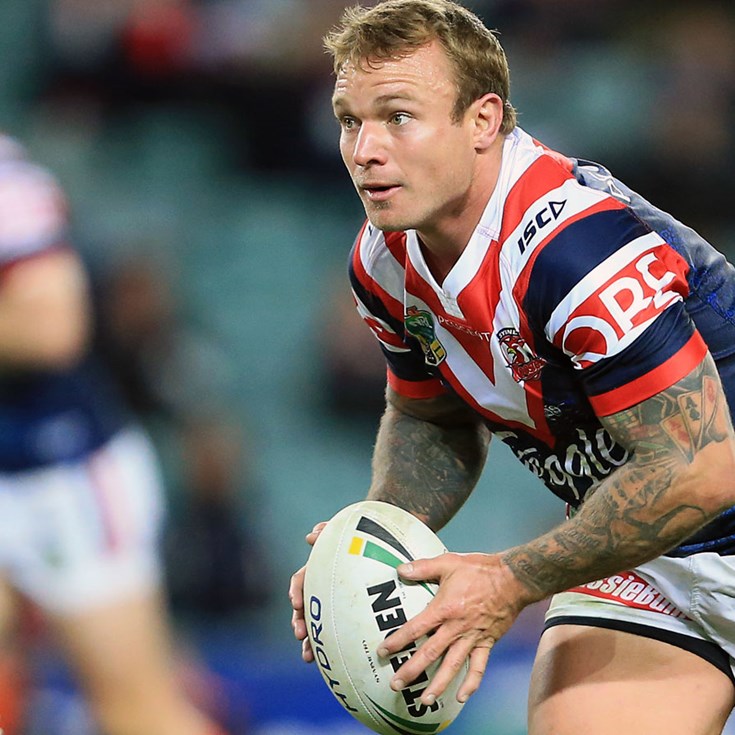 Motivation comes in many forms for the Roosters