Canberra Raiders hooker Josh Hodgson will miss his side's clash with the Eels after deciding to not to contest his dangerous contact charge for an incident involving Melbourne's Jesse Browmich on Monday night.

Hodgson was hit with a grade one charge of making dangerous contact to the head or neck in the 17th minute of Canberra's win over the league leaders.

While he would have avoided suspension with an early guilty plea, the decision to not contest the charge means Hodgson won't have any carryover points to his name ahead of the 2016 finals series. 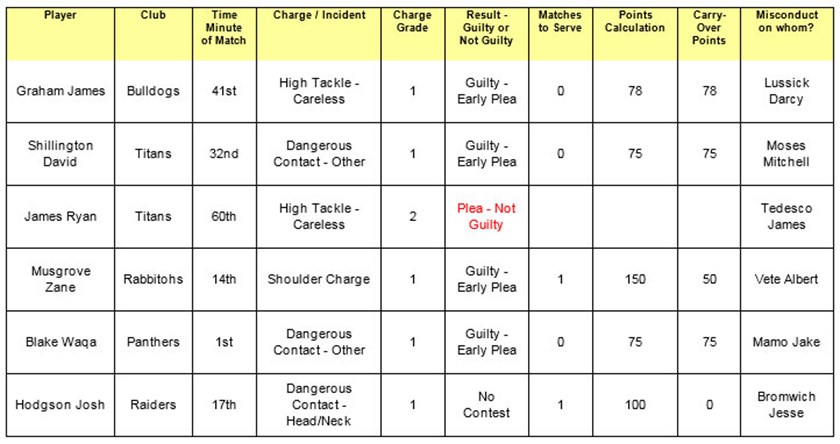