James Tedesco is in the casualty ward and it's crunch time in the NRL Fantasy head-to-head league finals. NRL.com's Lone Scout answers the big Fantasy questions for Round 24.

Would Dugan or Walker be a better replacement for Tedesco?

Cody Walker's numbers have been very impressive this season – he's averaged 51 at five-eighth including just two tries in nine games, while averaging just over 47 in eight games at fullback (including four tries). The fact he's playing five-eighth this week helps his chances of another 50+ effort.

As I wrote last week Josh Dugan has averaged close to 50 at fullback this season, and he's coming off a very impressive 58 against Cronulla last weekend. While Walker has a slight edge on Dugan in terms of season stats Dugan does have the advantage of coming against weaker teams in the final three games of the season, with his Dragons facing the Roosters, Eels and Knights (the bottom three teams on the ladder) while Walker's Rabbitohs take on a fired-up Sharks outfit this week then Newcastle and the Bulldogs.

You can't go too wrong with either option but my gut says Dugan has a slight edge at this stage.

Should I trade Teddy out, sub Aitken into WFB and bring in Joey Leilua? I'm liking the option, but it leaves me with Leilua & Croker in the centres – two from the same team, which I don't usually feel great about. Guess those two can still go big though given Canberra's form?From Daniel Skeed

To me, having two players from the same club in the same position in Fantasy has always been a non-factor. Simon Mannering and Bodene Thompson both play in the back row for the Warriors and are two of the five most valuable players in all of NRL Fantasy. Likewise, Jarrod Croker and Joseph Leilua are two of the three most valuable centres in the game (Euan Aitken is the other) so there's nothing wrong with having them both in your team.

It's not even as if only one of them scores well on any given week – that was the case last week with Leilua firing and Croker having a quiet game, but in Round 20 and 21 Croker scored 81 and 67 while Leilua scored 68 and 60. If you want Leilua, snap him up.

I need to swap out the suspended Hodgson. Who should I put in out of McCullough, Lichaa, McInnes, Peats or Rein? Keeping in mind potential minutes played.
From Chris France

Assuming you can't afford Jamie Burher or Jake Friend I'd go for Lichaa, who is coming off scores of 64 and 58 in the past couple of weeks – with all of last week's points coming from tackles. The Bulldogs face the Broncos and Cowboys in their next couple of games so Lichaa can be expected to get through a lot of defence again.

What to do with Tohu Harris?
From Peter Savage

Harris has a season average above 50 but as a wide running second-rower isn't a tackle machine in the Simon Mannering or Jack de Belin mould – meaning you can't rely on him scoring more than 50 every week. Last week was a fairly standard performance from him with no extra attacking stats and he made a solid 44. He averages just over two tackle breaks a game and has also made eight line breaks and scored seven tries – impressive numbers for a forward – which has helped him to five scores above 65 this season. Of course, you can't do that every week though.

There's no rush to sell him by any means, but if your team is in great condition and you can afford an upgrade to one of the elite Fantasy guns (Mannering, de Belin, Andrew Fifita, Trent Merrin) then it could be a handy upgrade. Any other trade is probably a sideways move.

Is Boyd Cordner a legit option, scoring 70s in his last three games with tries? Is he worth a go as a POD match-up option if you can't afford Jack de Belin, who my match-up opponent has and who is just out of price range?
From Olataga Karl Tafea-Spitzenberg

Cordner is another player who has had an excellent all-round season in the second row. He plays the 80 minutes, gets through around 30 tackles a game and has been unusually dangerous in attack of late, managing a try and at least five tackle breaks in each of his last three games.

On that form he looks like a quality buy. The question is, can he keep it up? The Roosters have some tricky opponents coming up – first a Dragons side that is fresh from beating the high-flying Sharks; then the Sharks themselves in Cronulla; then the Broncos in Brisbane in the week before the finals. If you think Cordner can snag another try or two – or at least make an impact in attack – against those teams he could be a very handy late-season point of difference. 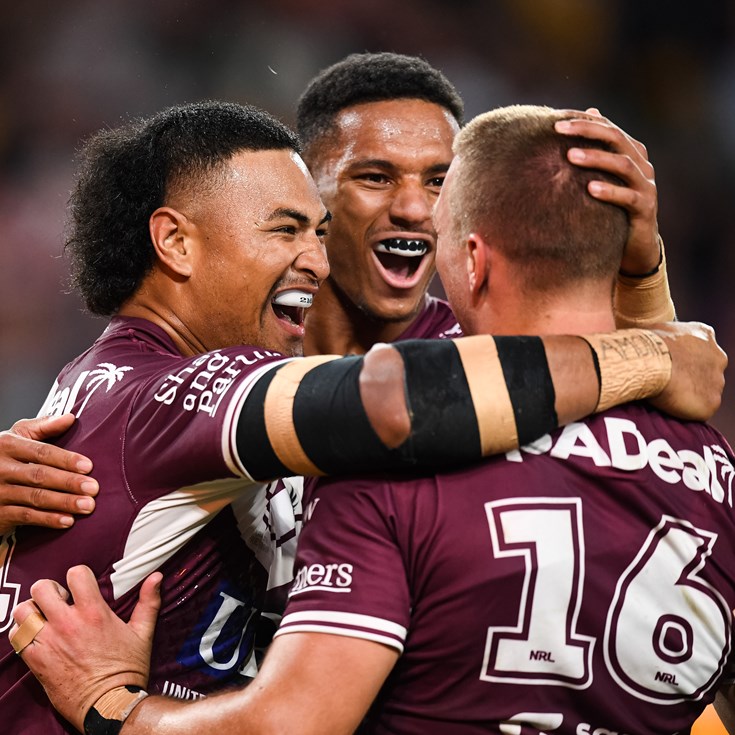