Former Knights half Tyrone Roberts shapes as a late inclusion for the Gold Coast Titans on Saturday with Ashley Taylor to make way in order to give his battered young body a rest three weeks out from the finals series.

Roberts, who played 97 games for the Knights before joining Gold Coast in the off-season, spent the majority of Friday's captain's run partnering Jarryd Hayne in the halves as he returns from a knee injury that has kept him sidelined for the past two weeks.

Draw Widget - Round 24 - Knights vs Titans

Coach Neil Henry was cagey as to whether Roberts would definitely play but did admit that he would travel with the team to Newcastle.

"He is travelling, he's coming down as part of our squad," Henry confirmed prior to the final training run of the week.

"He is highly motivated, going back down against his former club, so what he's saying he's willing to do might be a bit different to what our medical staff are saying.

"He'd have to work on his mobility and be tackled a few times. Everything in straight line running has been good and he's running OK but [his return] is a little bit earlier than we anticipated."

Titans co-captain Nathan Friend gave an even stronger hint that Roberts would be lining up against Newcastle, suggesting that Hayne would have a new halves partner in his third game for the club.

"He's had one [full] game and will probably play in the halves this weekend but he'll probably have another halves partner," Friend said.

"I'm not quite sure what 'Kingy' (Henry) has done just yet but he may have another halves partner beside him again so he probably can't settle in as much as he'd like.

"But the more time he gets and the more he gets his confidence back he'll be great for us."

Confirming that Taylor will need surgery in the off-season to correct a groin complaint, Henry said that even by giving the 21-year-old the week off it will not actually improve the injury in the short term.

"The medical team are saying that what he's got around his hip and groin is not going to go away regardless and even having a week off, that problem is a surgical problem that will happen in the off-season," Henry said.

"It's about managing that. It's not any better or worse, it's just how it is until the end of the year."

By resting Taylor against Newcastle it gives Henry another week to get 80 minutes of game-time into the legs of Hayne which will be crucial in his eventual move to the fullback position.

Prior to his stunning return to the NRL against the Warriors a fortnight ago that shift back to fullback appeared to be something that required a full off-season of training but such has been his instant impact it could happen as soon as the vital Round 25 clash against the Panthers.

With David Mead performing so well in the custodian's position for the past month and co-captain William Zillman set to play a second straight game for Tweed in the Intrust Super Cup this weekend, Henry admits that he is blessed with depth at the right time of the season.

"If Ash and [Tyrone] are fully fit then that probably opens up a window for Jarryd to go back to fullback," he said.

"That could happen in the next couple of weeks.

"It's a good position to be in and it adds a bit of depth to our wingers as well if 'Meady' was to move and 'Zilly' is playing Q Cup. 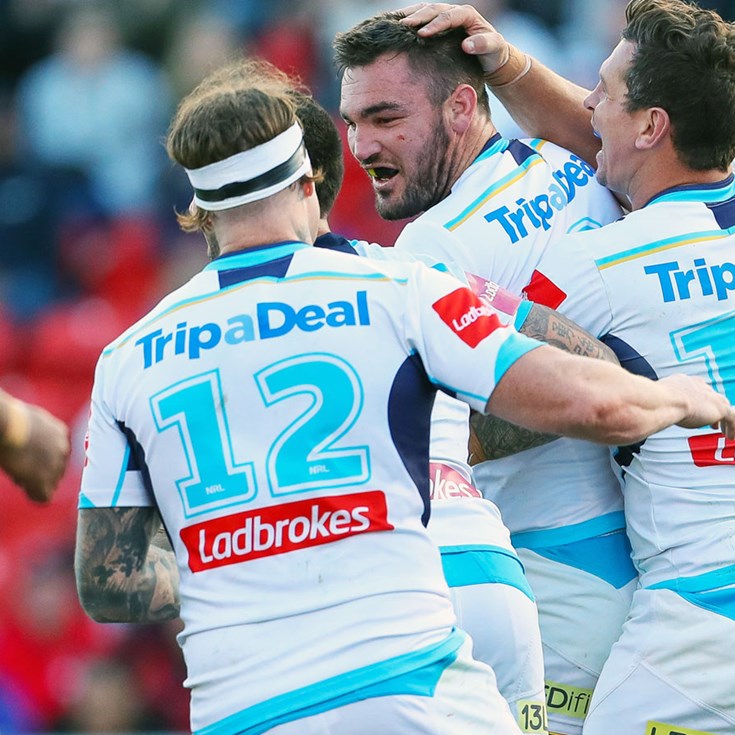