Sharks coach Shane Flanagan has conceded his side will not be the 2016 NRL minor premiers following their 12-6 loss to the South Sydney Rabbitohs on Monday night.

A draw against the Titans came prior to consecutive losses to Souths, Canberra and St George Illawarra.

While the Sharks' first minor premiership in 17 years is not yet out of reach, it will require Melbourne losing their last two against the Broncos and Cronulla themselves, while also ensuring they aren't beaten in the final fortnight of the regular season.

"Not now it's not a focus," Flanagan said about his side finishing first.

"We just need to concentrate on what we're doing and get some wins under our belt.

"Melbourne look like they're cruising along at the moment. They have a tough game to come, but they have a better for-and-against than us so we won't be concentrating on [the minor premiership]."

Flanagan said it's not hard for him to remain positive in what has been the worst month of the Sharks' year.

The Sharks' 15-game winning streak between Rounds 4 and 20 has already ensured them a top three finish and Flanagan could find positives in the impending return of skipper Paul Gallen (calf) and winger Sosaia Feki (groin) from injury.

"It's my job to ensure we work hard and we're in good shape once we arrive at the semi-finals. This little run will all be forgotten once we get there," Flanagan said.

"We will have 'Gal' back by then and Sosaia Feki so hopefully we'll manage some wins to round out the season.

"It's not going to be easy. We know that. But we're trying really hard. They're trying their butts off but things just aren't working at the moment. If they keep trying the way they have though, it'll turn around."

On the Sharks' six-point loss to Souths, Flanagan refused to be disappointed despite their opponents losing chief playmaker Adam Reynolds (concussion) midway through the first half.

"I'd be disappointed if I didn't have the effort there but it was. A bounce of the ball our way, and the game could've gone our way," he said. 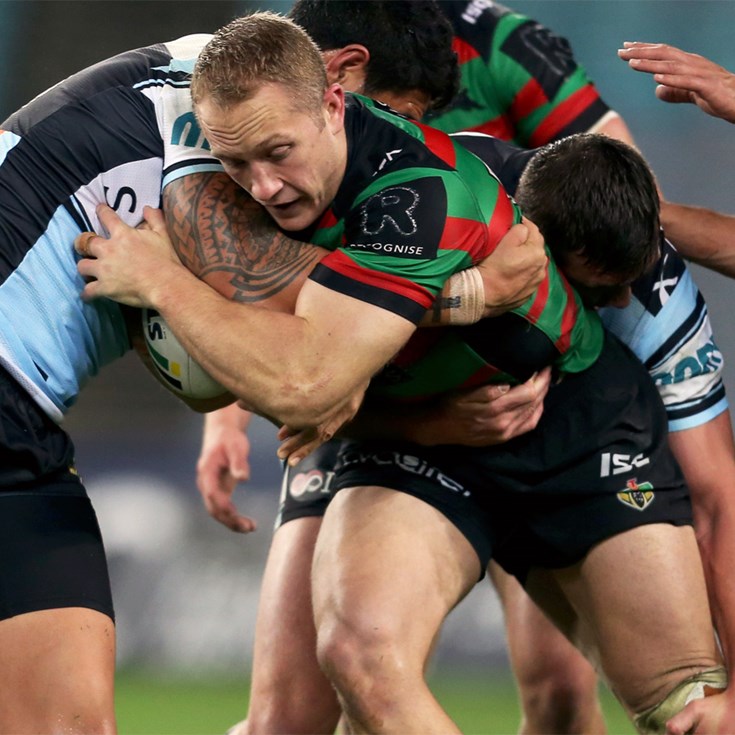