Boyd Cordner says he is humbled by speculation suggesting he will replace Paul Gallen as NSW Blues skipper for next year's State of Origin series.

The 24-year-old was a standout for the Blues in Game One of this year's series, scoring their only try in a 6-4 loss at ANZ Stadium, before missing the next two matches with a foot injury.

Initial reports suggested he would be sidelined for the rest of the season, but Cordner has so far defied the pain to play a starring role in the Roosters' late-season revival.

Cordner oozes leadership quality, and while there are several strong candidates to take the reins next year the Roosters vice-captain will be one of the leading contenders to secure the coveted role.

"Very humbled, especially [to hear that] from a couple of opinions of some of the greatest to have played the game," Cordner said of talk linking him to the Blues captaincy next year.

"If that opportunity does come around, words can't describe the feeling.

"It's always been a dream of mine just to play one NRL game, so to get a crack at Origin and now to be talked about [for] the captaincy is pretty surreal. If the opportunity does come around, I don't know how I'd react."

While he'd be honoured to lead his state from 2017 onwards, the Roosters back-rower said it was too early to get caught up in hypotheticals.

"I'm not looking too far ahead at that. There are a lot of great leaders in that Blues side at the moment," he said.

"I'm just concentrating on keeping on the field and trying to keep my form up. I've had a pretty interrupted season with injuries so I'm not looking too far into the future. That stuff will take care of itself."

Cordner's captain at club level, Jake Friend, said he was a natural leader who brought out the best in his teammates.

"For a bloke his age, he's really mature," Friend said.

"I think he leads by example, probably without even knowing it. The things he does around the club [makes] him a real professional and a lot of the boys watch that and follow him with that sort of stuff. His on-field stuff speaks for itself.

"He turns up every week no matter what and you just know what you're going to get with Boyd. It's probably the bit around training that people don't see that makes Boyd such a great leader."

Fittingly, Cordner and Gallen will go head-to-head when the Sharks host the Roosters on Saturday night in a game crucial to their top-two hopes.

The departing Blues skipper has missed the last two matches for Cronulla and is set to return from a calf injury this weekend as his side aims to break a three-game losing streak.

The resurgent Roosters are well aware of what Gallen's inclusion will mean for the Sharks in what is shaping as a mouth-watering match-up in the penultimate round of the Telstra Premiership.

"He's a big part of their team and an inspirational leader for them. He does a lot of work and we expect him to lead by example and throw plenty at us," Friend said.

"He leads by his actions and they're going to have a pretty big crowd there for their last home game so that's going to help them. We can't control that.

"All we can look forward to is putting in our best performance and try to get the win down there at Shark Park." 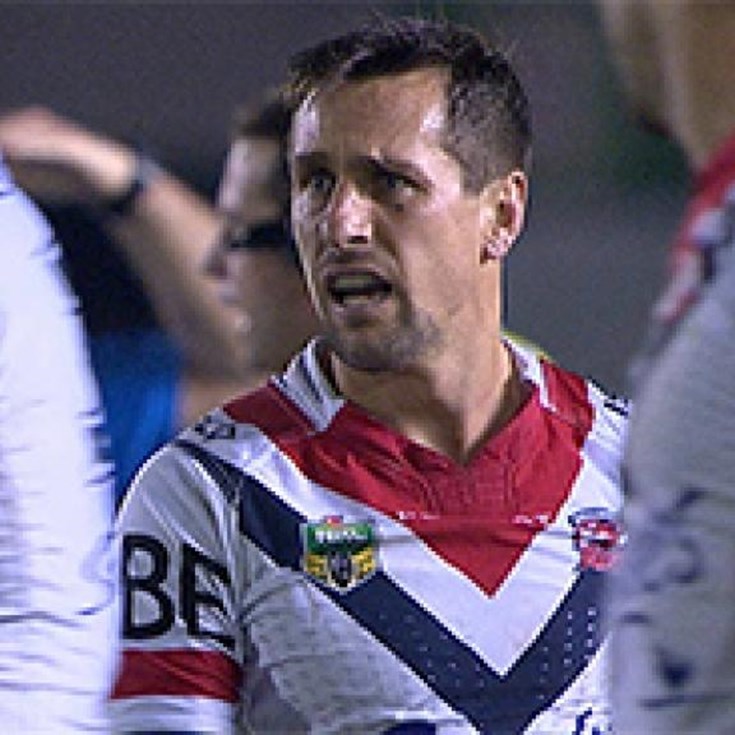