The in-form Raiders have the confidence and unpredictability to be a genuine shot at the 2016 Telstra Premiership, according to club legend and premiership-winner Laurie Daley.

Daley praised not only the team's form but the return of big crowd and in particular close mate and former Canberra teammate Ricky Stuart, who Daley said has been shutting down his critics.

Speaking at NSW Parliament House for the announcement of a girl's under-18s nines competition to commence next season (albeit before news broke that five-eighth Blake Austin had suffered a hand injury), Daley said the Green Machine had "all bases covered".

"They're young, exciting, they have no fear, they're prepared to play a brand of football which is different and I think they're quite capable of winning the comp," Daley said.

He conceded that conventional wisdom suggests the club is low on big-game experience in key positions, but added those players for Canberra are possible future representative players.

"The way they're playing at the moment suggest to me that they're very confident. They've got a hooker (Josh Hodgson) that's played for Great Britain. [Aidan] Sezer and [Blake] Austin and guys like Jack Wighton, they're probably guys that are capable of playing rep football," Daley added.

While they can leak a few points – as they did early on against Parramatta last weekend – they have the confidence that they can come back and win from anywhere, which makes them incredibly dangerous, according to Daley.

The current side reminds Daley of the 1989 team in which he won his first premiership, where plenty of young players went on to have successful representative careers but at the time were surprise premiers to many.

"It reminds me a lot of '89 where no-one really gave us a chance then all of a sudden you get yourself in a position where you start to win and it breeds confidence and then for whatever reason it happens for you on the football field," Daley said.

"To see the crowds come back to Canberra the way they have over the last couple of games has been terrific. Rugby league is a big part of the community down there. It's exciting times and as an ex-player you start to get excited because it's the first time in a long while that I genuinely feel that we're a good chance of winning it.

"You're always hoping the team can win and you always hope they can make a grand final but this year has got a different feel about it.

"I think it's more than hope, I think you know they're capable of doing it and that's the difference. The way everyone's responded and the way Ricky's been able to get the best out of these players has been terrific and from a Raiders point of view it's great.

Stuart seems to attract more than his share of criticism; he won a premiership with the Roosters in his debut year with a star-studded roster and while he has yet to replicate that level success, critics often point to a few years between his time at the Sharks and Eels where his win rate hovered for a while around 30 per cent – albeit with rosters most coaches would have struggled to make an impact with.

Daley was as happy for Stuart as he was for the team overall.

"Rick's always been a great coach and for whatever reason people see him as an easy target but he's a wonderful bloke and he's a great coach and I think he's shown what he's been able to do this year," Daley said. 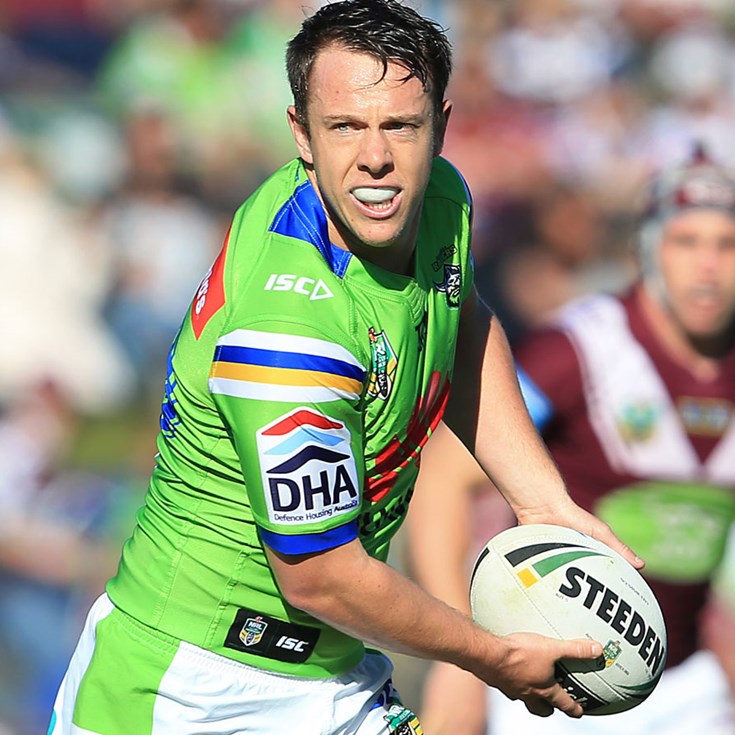