Andrew Voss on the premiership contenders, how the Sharks can win the minor premiership, celebrating Benji Marshall and more.

Who will win the premiership now?

I think the top five all have a genuine crack at winning the 2016 premiership, while the Bulldogs, Panthers, Titans and Tigers will all need a 'magic month' if they're to piece together a fairytale.

I was most impressed by the Broncos' win in Melbourne on Friday night. Based on that performance, I believe they could win the title from outside the top four.

I'm tipping Cronulla to pull off the upset this Saturday night and claim the minor premiership. Obviously that would mean back to back losses for the Storm heading into the finals, but I'm not dismissing their chances for one moment.

The Canberra Raiders are the wildcard. Any side that can score as many points as they can, and have, should be feared.

Meanwhile I rate the Cowboys as good as last year even though a win on Saturday over the Titans will mean they are four competition points behind where they were at this time in 2015.

It's a sensational race to the finish!

What will win the Sharks the minor premiership?

I really fancy Cronulla's chances if they make a big start to Saturday night's minor premiership showdown against Melbourne, just as the Broncos did last Friday night.

The Storm have led matches at half-time 16 times this year. On 15 occasions they have gone on to secure victory. The odd game out was their last meeting with the Sharks in Round 4.

For mine, Cronulla appeared to play themselves back into form against the Roosters last week, after a start that was a little lacklustre.

Get it right this week in the first 40 minutes, and there could be a shield to put in that trophy cabinet that has sat gathering dust for so long.

But of course, remind yourself: nobody goes out and gets a minor premiers tattoo!

What went wrong with the Warriors in 2016?

The post mortem of their year will show a number of things. The serious knee injury to star recruit Roger Tuivasa-Sheck didn't help.

To have played an NRL record five golden point games, and lose three of them, would have plenty of their fans asking, "what if we had won a couple more of those?"

But you cannot escape the raw numbers that place the Warriors so low down the ladder, and that's points conceded.

Their 561 in the defence column, is second only to the wooden spooners Newcastle. It's 100 more than the bottom team in the top eight, and over 250 more than the potential minor premiers.

In hindsight, perhaps we needed to read more into a game they played way back in February in Nelson, when on a day they trotted out many of their big names they were walloped 46-10 by the Dragons, whose attack we know is much maligned.

I had the Warriors as certainties for the top eight this year. They have plenty of hard work to do this off season.

Is this goodbye to Benji Marshall?

If it is, can I state for the record what a superstar this bloke has been for the game.

And at this time I recognise his toughness to have overcome numerous serious shoulder injuries, and surgeries, early in his career.

At his peak, Benji inspired kids to go down to the park and play footy, trying to pull off his step or the flick pass.

For as long as I live I will remember calling the role he played in setting up a try for the Tigers against Cronulla way back in Round 21, 2005. "The footwork, the footwork, now the speed …"

I'll be reserving a special cheer for Benji when he runs out on Saturday afternoon for the Dragons against the Knights.

What did we learn from the Challenge Cup final?

As a rugby league fan, this is still a magical event.

We don't appreciate enough in our small rugby league world what a positive it is that our players can get opportunities on the other side of the world to experience such things.

I believe the feat of former Storm back Mahe Fonua is one of the best stories of the league year and should be celebrated. How good that a player born and bred in Victoria can score a try and be part of such a huge occasion in the winning Hull FC side?

On a side note, I'd still love to see a Challenge Cup style knock out tournament here played in four-quarter football, and all over by May each year.

It could be part of a million dollar grand slam each year. Win the Nines, the Challenge Cup and the premiership in a single season and take the bonus!

Who is the hottest teenage prospect in rugby league?

I'm going further down the ranks than the likes of star rookies Nathan Cleary and Latrell Mitchell on this one.

His name is Payne Haas, and at 16 years old the young prop from Keebra Park on the Gold Coast is an Australian schoolboy representative this season.

He isn't tied to any NRL club at the moment, but on the basis of his most recent performance for his school in the Queensland semi-finals of the GIO Cup, he will have 16 talent scouts chasing him, if they're not already.

Haas is an example of the athlete that is being produced these days when schools such as Keebra have such impressive rugby league programs for their students.

I'm off to Suncorp Stadium this Thursday night to call the Broncos against the Roosters and will back up on Saturday night for the minor premiership showdown on Fox Sports between the Storm and the Sharks. 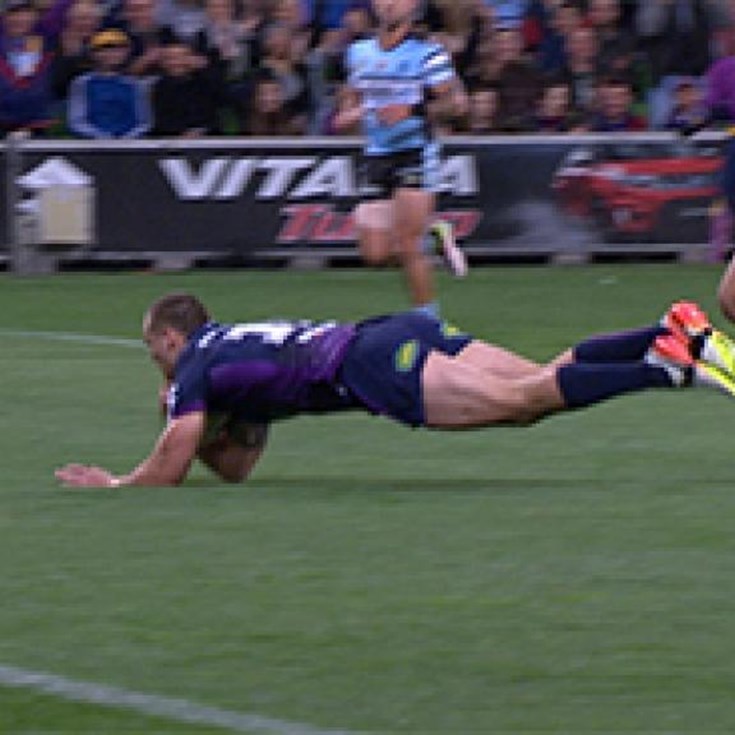