It's been the most dramatic fall from grace for a team in the modern era but Roosters coach Trent Robinson insists there have been some great things to come from a tough season.

The Roosters' season officially came to a close on Thursday night at the hands of the Broncos to the tune of 24-14 at Suncorp Stadium, for the second week in succession a handy lead against a premiership contender evaporating in the blink of an eye.

Without back-rower Boyd Cordner the Roosters lost centre Dale Copley to concussion late in the first half, were without winger Latrell Mitchell for half the game with a hip injury and had to do without prop Jared Waerea-Hargreaves (concussion) for a crucial period of the second half.

With youngsters such as Mitchell, Connor Watson, Ryan Matterson, Joseph Manu and Nat Butcher still very much in the infancy of their NRL careers, once the Broncos drew level early in the second half their fate seemed all but sealed.

The off-field controversy involving Mitchell Pearce and subsequent suspension along with injuries to Cordner and Waerea-Hargreaves before a ball was kicked meant that the team with three consecutive minor premierships got off on the wrong foot and were never able to recover.

With only six wins to show for their efforts they will finish ahead of only Newcastle but Robinson was adamant he has the squad he needs to bounce back in a big way in 2017.

"It's been a tough and a great year, that's how I've felt about this year," Robinson said in a typically engaging and thoughtful post-match press conference.

"We had four under-20s out there tonight. Matterson in his first year, Nat Butcher had a great debut, key positions as well, Connor Watson in there at five-eighth, Joseph Manu and Latrell Mitchell.

"The good thing is that we've got some experience there that are hurting and have stuck tough all year and we've got some youth that's coming through that have played some games.

"I'm excited about the future but we've got to make sure we don't brush over why we had the year that we had as well. I'm hurting and excited."

Through 20 rounds the Roosters had won only three games but prior to their clash with the Broncos had enjoyed three wins from their past five games including convincing displays against the Broncos (in Round 21) and the Cowboys.

The entire Telstra Premiership waited for a star-studded Roosters roster to come good but they ultimately left their run far too late.

"We're not unlucky. We don't deserve to be there and we'll work hard to get back there again next year," Robinson said.

"We don't deserve to be there and I've said that a few times and we've got to make sure that we take our lessons.

"Tonight was another great lesson. If you just brush it aside and you don't use it then you're not going to get back up there again."

With a roster that will remain largely unchanged besides the handy additions of Michael Gordon (Eels) and Luke Keary (Rabbitohs), Robinson knows the areas that need to be addressed in the pre-season but declined to elaborate exactly on what that would entail.

"There's not one thing and I'm not going to go into it now," he said.

"There's lots of reasons that you have these years and we're conscious of that and we'll make the changes that we need to.

"But it's not much use going into all of those now." 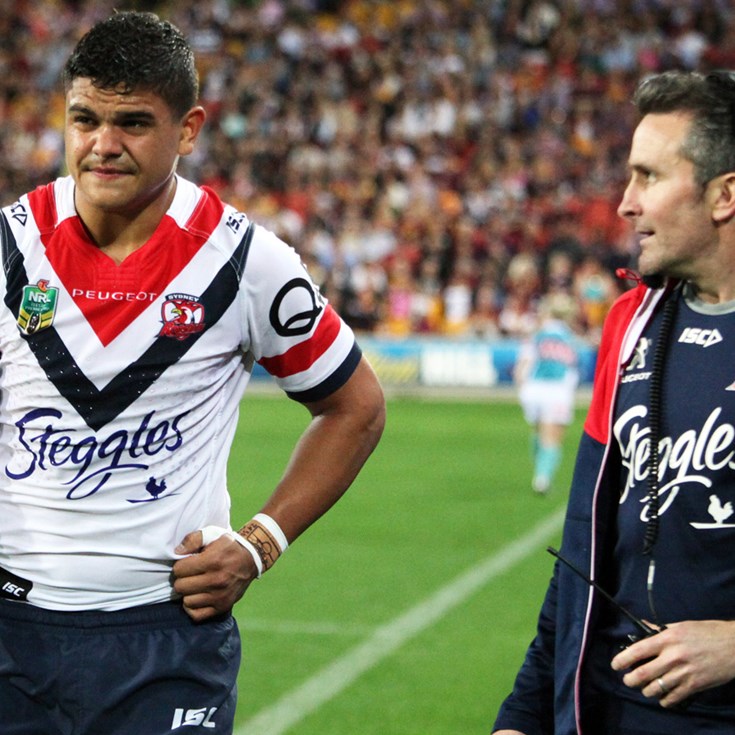