The Sharks have overcome a one-eyed, 25,000-strong GIO Stadium crowd and the loss of skippers Paul Gallen and Wade Graham to record a 16-14 win over the Canberra Raiders on Saturday night.  Making matters worse for the Green Machine was the loss of inspirational hooker Josh Hodgson to an ankle injury.

Sharks cause an upset in the nation's capital

They lost Paul Gallen to a neck injury before a ball had been kicked and stand-in skipper Wade Graham just seven minutes into the game but the Sharks somehow came out with a memorable two-point victory. Down 12-0 just before half-time, one more Raiders try would've been the final nail in Cronulla's coffin. That was until Matt Prior stamped his authority on the game with a try just before the break. A Jarrod Croker penalty goal in the 45th minute proved the Raiders' only points in the second half as a Valentine Holmes try six minutes later and two James Maloney penalty goals – the difference-maker coming in the final minutes thanks to an Elliot Whitehead flop – saw off the Raiders.

It was the turning point of the game as Hodgson's season potentially came to an end in horrific circumstances just three minutes into the second half. With teammate Aidan Sezer preventing Sharks forward Luke Lewis from breaking the line, the Raiders halfback's trailing leg clipped Hodgson's left ankle which left him in immediate pain. Hodgson needed two trainers to assist him off the park in what is potentially a huge blow for the Raiders and England's Four Nations campaign. Following the match, Raiders coach Ricky Stuart was coy on his star No.9's condition, only allowing himself to say that Hodgson was "crook".

Luke Douglas and Kenny Edwards have some explaining to do. The Titans and Eels forwards set the tone in the final month of the regular season when quick taps saw them fool opposition defences and score tries. It was exactly what Sharks hooker Michael Ennis had in mind in the first six minutes. The only problem was he was consequentially crushed by Raiders big man Shannon Boyd and dropped the ball. Not even a minute later, Joey Leilua tried to capitalise in similar consequences which resulted in a huge collision between the Raiders centre and Graham. Leilua didn't score and the Sharks skipper was ruled out for the rest of the game with concussion. Lessons learnt by all.

The Sharks halfback has been the heart and soul of the Shire club this season. Following a two-year stint across the ditch at the Warriors, Townsend came back to the Sharks this season and took the playmaking duties by the scruff of the neck. It counted for little midway through the second half however when he was benched for utility Gerard Beale. Other than Ben Barba, Townsend is the only other Shark to feature in every game this season. While it was a big call by coach Flanagan it's one that certainly paid off.

"I needed to win a footy game," an upfront Flanagan said post-game. "Because I lacked some blokes on the bench and losing Wade, and opportunity arose that needed to score points at that stage.

"Chad's our halfback and he didn't have his best game today, but he'll be back ready to go. Players these days don't like coming off, but he's a part of a team. We'll move on and he'll be a big part of what we do."

The Sharks kept Canberra languishing as the only team not to feature in a preliminary final in the NRL era with Prior especially producing a game for the ages (233 metres and 37 tackles in a 73-minute stint). Late inclusion Kurt Capewell was thrust into the action early with Graham concussed and produced well and above his two NRL games worth of experience (131 metres and 38 tackles).

"He looked at home there in a big occasion," Flanagan said of Capewell.

"He's bided his time in NSW Cup and he deserves his chance. It'll be hard to not put him in the team when we play again." 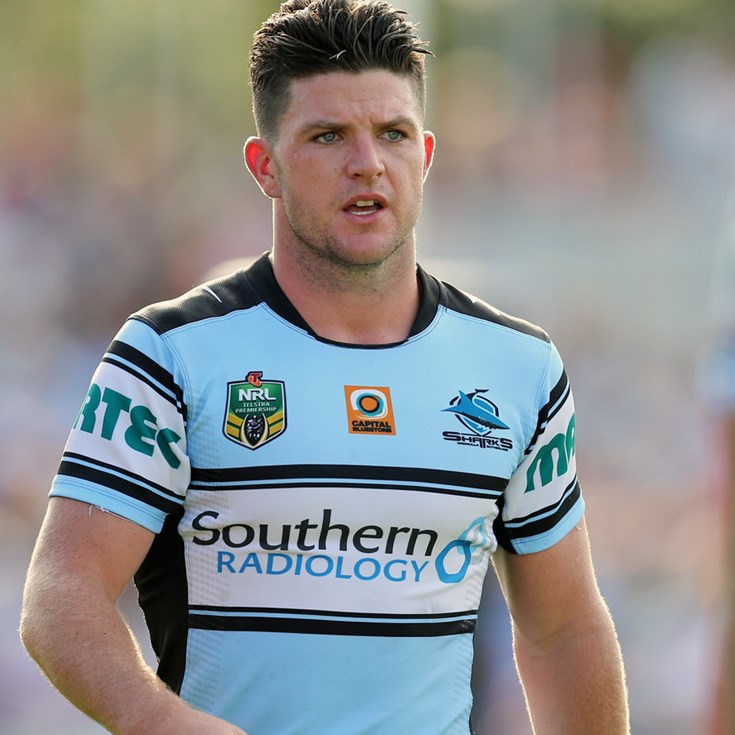