Cowboys enforcer Jason Taumalolo gave us one of the all-time great 'front-foot' finals performances last week against the Broncos, and he certainly brought that same attitude in front of media on Tuesday ahead of their preliminary final against Cronulla.

The soft-spoken wrecking ball seldom sparks a pre-game war of words, but this week he had the crosshairs locked on both Cronulla captain Paul Gallen and retiring hooker Michael Ennis.

And he certainly didn't miss.

It's one thing to know about a player's reputation for niggle, but it is another to say something about it ahead of the biggest game of the year.

"He loves the aggression and he loves that contact to be honest," Taumalolo said of his opposite lock forward.

"He loves getting into other players' heads, with little elbows and a bit of extra stuff in tackles, but I don't think it will affect the boys too much because we all kind of expect it.

"We'll be looking forward to dealing with him on Friday night."

Taumalolo's pre-game comments are a promoter's dream and a breath of fresh air in a gladiatorial sport where its athletes' voices have been gradually watered down to pre-packaged, politically correct expressions.

But 'walking on eggshells', so to speak, was not an option for the RLPA Player of the Year on Tuesday as he went on to take aim at Ennis, who has announced he will retire from the game at season's end.

"I'd say he'd be up there," Taumalolo said of the all-time nigglers he has faced.

"I don't think you have to ask me about that, I speak for most of the NRL when [I say] Mick is definitely up there as one of the most annoying players in the comp."

Taumalolo said footage of Ennis celebrating Cronulla's win over in Canberra two weeks ago by mocking Raiders fans' 'Viking clap' summed up the Sharks No.9.

"It was actually pretty funny seeing him and the Canberra Raiders after the game, I couldn't stop laughing at that moment," Taumalolo said, still laughing.

"That's him for you, to a T, so he will probably be just as much of a pest on Friday night, so it will be quite the battle.

"I think as a team we will embrace it. I have no idea how to [label] it, but it's kind of like provoking, and [their] boys play a bit more aggressive and want to get into the contact more, so I reckon [our] boys will welcome it, especially through the middle."

While the fireworks had already been set off, Taumalolo praised Ennis, rating him one of the better hookers of the modern era.

"I think he's one of the best players in his position in the modern-day era to play the game," he said of the 32-year-old.

"So seeing him retire on Friday night – if he does or not – it [would] be a pretty tragic way to end a career obviously.

"I think we're both looking forward to playing a good game of footy and whoever wants it more will go through.

"He handles himself well for a small body, and he definitely puts his body on the line, but I think Friday night he will definitely leave it all on the field." 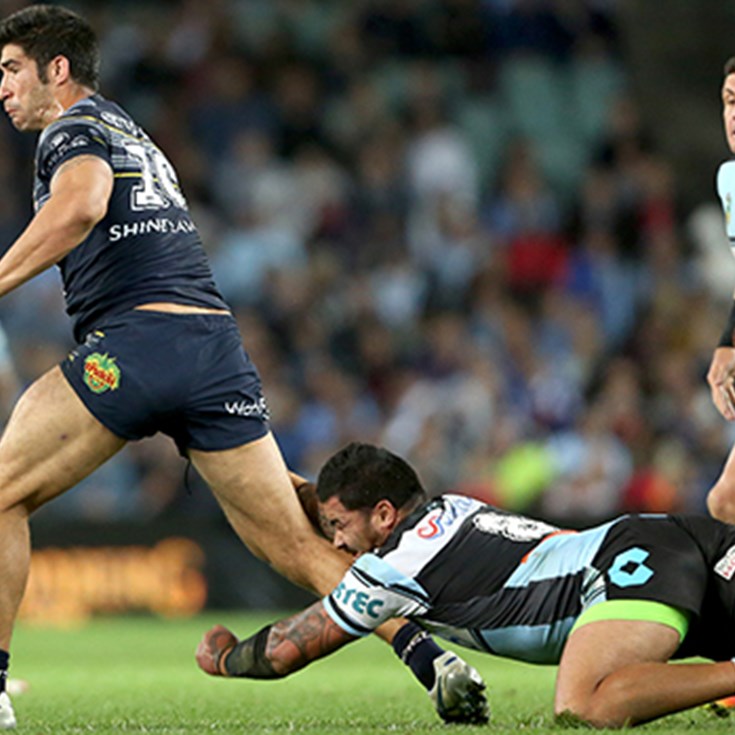 Why Scott Bolton is the model Cowboy