A second grand final in five years beckons for the Melbourne Storm following a hard fought 14-12 win over the Raiders on Saturday night, and Cameron Smith believes that's just desserts for their efforts in 2016.

Melbourne weren't without their problems throughout the season but still managed to finish as the minor premiers, and the Storm's young brigade all played critical parts in shaping their season.

It's those players who Smith and coach Craig Bellamy are most pleased for, given it's the first time those men will experience grand final week.

"Obviously it feels really good to be in the last game of the year, but I'm really pleased for the young guys in our squad at the moment that haven't experienced a grand final," Smith said.

"There's a few of us in there, so I'm pretty excited for them because of the work they've put in this year. We've had to push through some tough times this season, especially injuries, so personally I'm just grateful to have the opportunity to be in another final.

"Obviously we'll enjoy the win tonight but we need to change our focus fairly quickly, we're playing a good side next week."

Storm coach Bellamy added: "At the end of the day I'm really proud of this group, not only tonight but of the whole season and I'm really happy for the whole squad to get a reward like this and as Cameron said it's great to see our young blokes get a taste of this, it doesn't come around too often.

"These young blokes need to understand you don't get this opportunity too often and you want to make the most of it, so we really want to enjoy next week, but we want to get our preparation right as well so there's a fine balance there that we need to get right."

Cronulla will be Melbourne's opponent on the final Sunday of the 2016 Telstra Premiership season and both sides should have a fair indication of what their opposition is about, given their most recent contest was the minor premiership decider in Round 26.

Smith said his side learnt more about themselves than Shane Flanagan's side that night, and knows that even though his side came away with the win in that game, they'll need to open the grand final strongly to ensure a similar result.

"We learnt a lot more about our team than with Cronulla, I just thought we started the game well, we knew we needed to because the first time we played them was back in the first six weeks of the season and we didn't, and that's how we lost the game, they got us right from the start and we couldn't peg them back," Smith said.

"It's a grand final, you can't afford to go and dip the toe in and see what the opposition is going to do or how they've turned up to play, the sole focus has got to be on ourselves and lockdown the game plan that we need early and just practice that and hit it as hard as we can come that kick-off on Sunday."

Next weekend's clash will also be the last time we see Sharks hooker Michael Ennis take the field, as the 32-year-old will retire at season's end.

Ennis has worn the label as the league's 'serial pest' for the past few seasons, and Smith is under the impression that his opposite number will be up to his old tricks on Sunday night.

"He'll be at his scheming best, no doubt," Smith said.

"Mick is a competitor, he does what he has to do to win and we've faced him before in a grand final in 2012 when he was at the Dogs, and he was at his best in that game as well.

"Nothing is going to change with Mick, he's a great player and he's had a great season so I'm sure the rest of his teammates would like to send him out as a winner. But we're not focusing on any individuals or special occasions for anyone, our focus will be on our team and how we need to play." 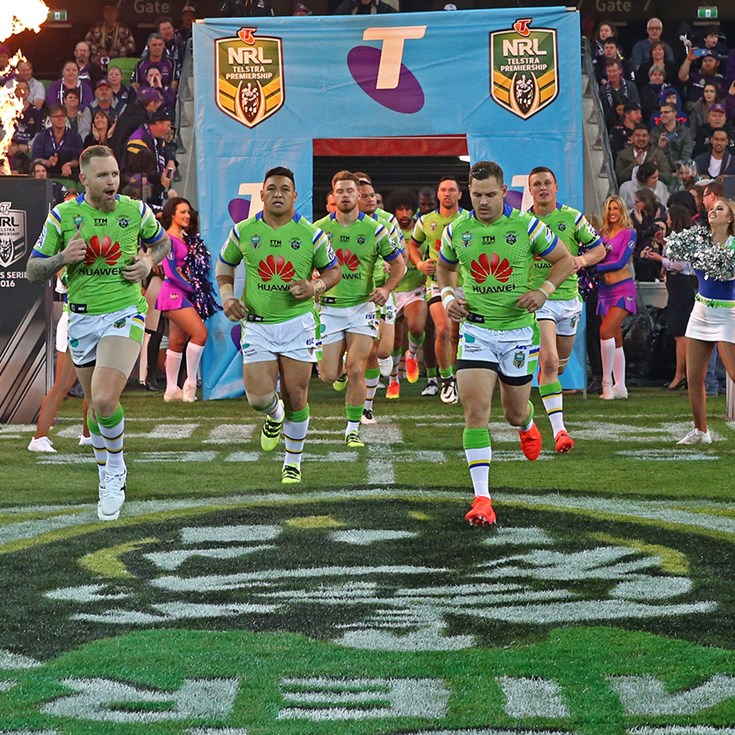