Rookie St George Illawarra forward Jacob Host thought his first NRL pre-season would be as good as it got in 2016. He was wrong.

The local Renown United star's impressive junior career – where he played Australian Schoolboys and Under 18s State of Origin – helped him hold his own against seasoned veterans Ben Creagh, Mike Cooper and Joel Thompson in the summer months.

Little did Host know, the rugby league gods had something bigger in mind for him.

Host made his NRL debut in Round 9 against the Warriors and went on to play a further seven games.

The 19-year-old capped off a remarkable rookie season last weekend when he played a crucial role in the Illawarra Cutters' 21-20 Intrust Super Premiership grand final victory over the Mounties.

He was almost lost for words when trying to explain what the Cutters' premiership win meant to him.

"It's something you... I don't know! There's no words to describe it. It's one of the best feelings in the world to be honest," Host told NRL.com.

"The Mounties beat us twice during the year and the grand final was one of the toughest games I've ever played, the fact we won shows our character I guess."

Host will now line-up for the Cutters in the front row against the Intrust Super Cup premiers the Burleigh Bears this weekend for the NRL State Championship.

In a year of surpassing expectations, Host even joked he's still excelling at university where he is studying a Bachelor of Exercise and Sports Science.

"At the beginning of the year all I was meant to be doing was having my first NRL pre-season. I was lucky enough to impress and from there, where I played was a week-to-week prospect for me," Host told NRL.com.

"That was the plan anyways. I've worked hard enough to the point where everyone was willing to put their faith in me. It has built my confidence and developed my game so much this year.

"[The coaching staff] have put heaps of faith in me and really pushed me to really excel and exceed my own expectations. They helped make me get better every week."

Host is already daring to dream bigger for the 2017 NRL Telstra Premiership season.

While co-captain Creagh has retired and Cooper has returned home to England, Host will have to contend with the returning Mose Masoe, new arrival Josh Kerr and rumoured signing Paul Vaughan for a place in Paul McGregor's first-choice 17.

"I have bigger expectations for myself next year. The goal for me is to better this year which is something I'll really have to strive and work hard for," Host said.

"It won't come easy but it pushes me harder which will only help get the best out of myself. Being a young fella coming through, it's only going to mean good things for a first grade spot next year."

"It'd be good to bring another trophy to the Cutters. We're hoping to do the state proud and I'm sure we will," he said.

"We have a good bunch of blokes in the team and we'll all work hard for each other like we did in the grand final." 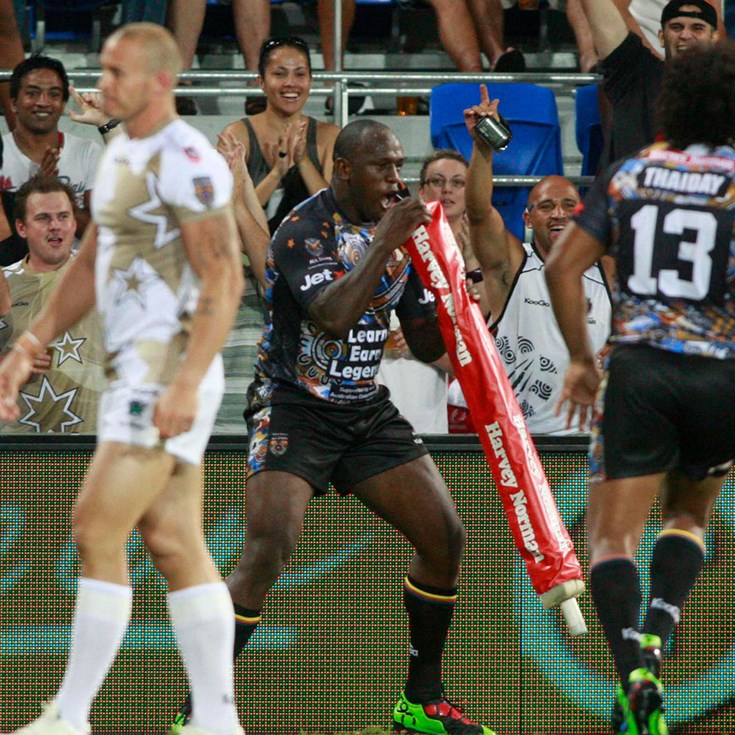