The Cronulla Sharks could feel it slipping away.

As the clock ticked over to the final minute of the Telstra Premiership Grand Final, it was clear the Melbourne Storm weren't going to die wondering.

Passing the ball from one side of the field to the other, the Storm continued to make their way towards the Sharks' try-line.

The Storm on numerous occasions looked likely to break the hearts of Cronulla fans with a try out wide.

Yet the Sharks scrambled their way across the paddock as Melbourne produced offload after offload, in an effort to keep their own grand dreams alive.

The result wouldn't be set in stone until after the final siren sounded, and luckily for the Sharks and their long-suffering fans the 14-12 scoreline remained in their favour.

When centre Ricky Leutele pulled Marika Koroibete to the ANZ Stadium turf the Sharks had achieved their dream, five decades in the making.

"One hundred per cent that play sums up our season," Sharks halfback Chad Townsend said of his side's grand final victory.

"This team is just built on toughness and resilience. That last play, those last couple of seconds, it sums up our season.

"I was screaming my head off telling the boys to not stop moving and just keep on working. I thought we were done there a couple of times.

"But to our boys' credit, we just kept filling in for each other and turning up. We stopped them and the rest is now history."

Along the way the Sharks won games in every way imaginable.

Ranging from their 62-0 smashing of the Knights in Round 10 to their last ditch golden point win over the Warriors in Round 16, the Sharks constantly found a way to win.

If the Sharks' last ditch grand final defence summed up their season then Townsend surely personifies it.

No Shark had a rougher trot in the final month of the 2016 NRL Telstra Premiership season than Townsend.

Sensationally replaced in the second half of the Sharks' qualifying final victory over the Raiders, Townsend had to deal with a fortnight of conjecture surrounding his mindset.

Though as Townsend can now attest, nothing screams confidence more than a premiership ring.

"It's been a different month for me. But it's the NRL too, not everything goes your way. It's a tough competition to be up for every week," Townsend said.

"For me in Canberra, things didn't go my way but it was never about me. It was about the team. We won that game, moved on quickly, we've won our two games since and created history."

The sole local junior in his side, lifelong Sharks fan Townsend still can't believe his luck.

"It hasn't sunk in yet to be honest. I've looked down at my finger numerous times and I just can't believe I have a ring on it. It's something I'll never forget," the Yarrawarrah product said.

"I grew up watching and supporting this team and to play in the first team to bring home the premiership – I have no doubt there will be tens of thousands of people waiting for us at the leagues club.

"I can't wait to share it with them all." 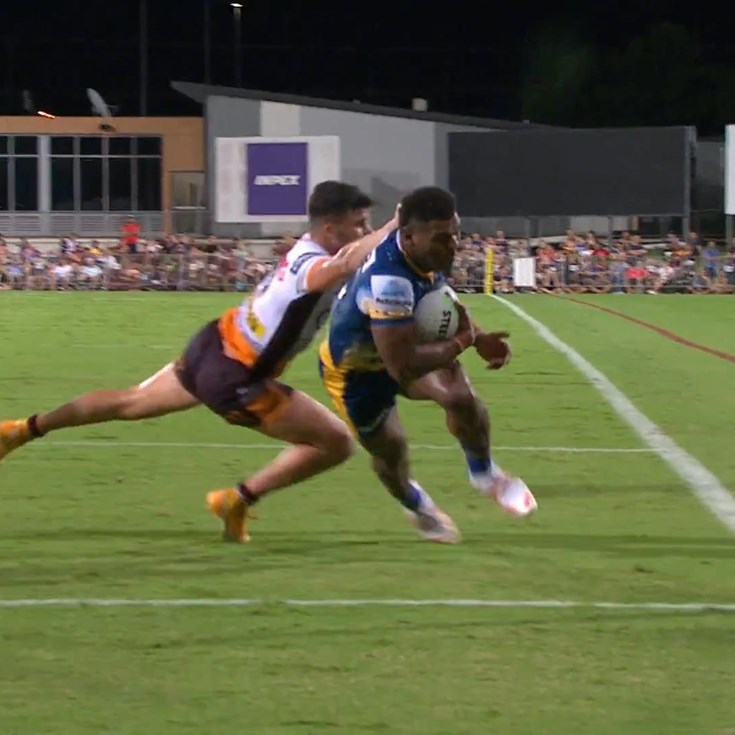 Pangai is just too strong close to the line

Presented By Chemist Warehouse 16 mins ago
04:59