With voting for the 2017 Indigenous All Stars now open, the NRL.com team each took turns at selecting the squad they think should run out onto Hunter Stadium on February 10.

With so much young and exciting Indigenous talent coming through the NRL at present it’s time to let them spend a week in the company of Inglis and Thurston et al. and take their games to a new level and learn from two of the game's most outstanding citizens. This week is as much about education as it is about football and the likes of Ashley Taylor, Latrell Mitchell, Bevan French and Jack Bird will revel in such an environment and become better young men as well as better footballers. And knowing how much the concept means to him, I had to find a place for Joel Thompson. The hardest part about picking this team was who to leave out so in order to focus on players who had career or breakout seasons I've decided to rest the Kangaroos Four Nations contingent, with the exception of Greg Inglis who provides much-needed leadership for this young group. It means emerging stars like Bevan French, Latrell Mitchell, Ashley Taylor, Cody Walker and Clay Priest all get a deserved run. The likes of Jack Wighton, Ryan James, Jack Bird and Wade Graham are coming off their best seasons and the utility value on the bench to go with sufficient forward cover is incredible with every backline spot and hooker well covered. The Indigenous All Stars starting forward pack pretty much picks itself, while there are a few tough decisions in an electric backline. I've picked Aidan Sezer to partner Thurston in the halves, I think he would provide a great foil. With Inglis and Ferguson in the centres. I’m giving Bevan French a chance to thrill the crowd on one wing, with Will Chambers on the other flank. Jack Wighton had a career-best season and time spent with the Indigenous All Stars will help his game develop even further. The bench may be a couple of forwards short, but with the All Stars format, quick attacking play is the order of the day. There weren't exactly a whole host of forwards to pick from so I assume my forward pack would be as close to the final product as everyone else's. The rest of the team will be inclined to pick Bevan French and Latrell Mitchell on each wing but I've gone for age over beauty. Blake Ferguson’s representative career has gone up a notch or two at the Four Nations while Dane Gagai was one of State of Origin's best in 2016. 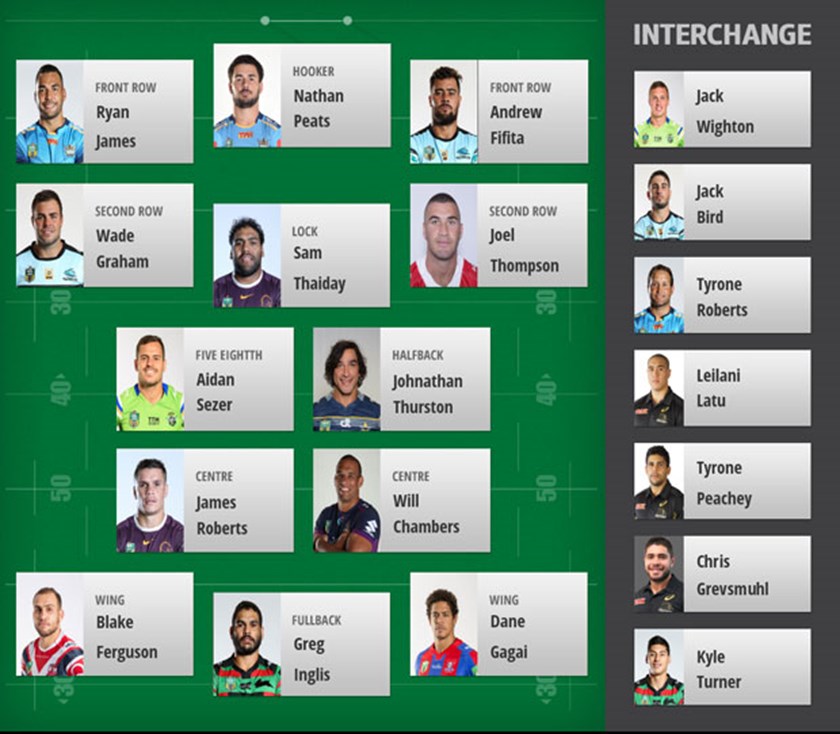 Bevan French, Latrell Mitchell, Ash Taylor. The list goes on. Have we ever seen such incredible Indigenous talent coming through at the same time? Such is their potential that proven performers like Blake Ferguson, Dane Gagai and Alex Johnston can't even get a start in my team. All have spoken about how much they enjoy giving back to the game, and this is an experience that will stay with them forever. A week in camp with Johnathan Thurston, Greg Inglis and co will take their games to scary levels. 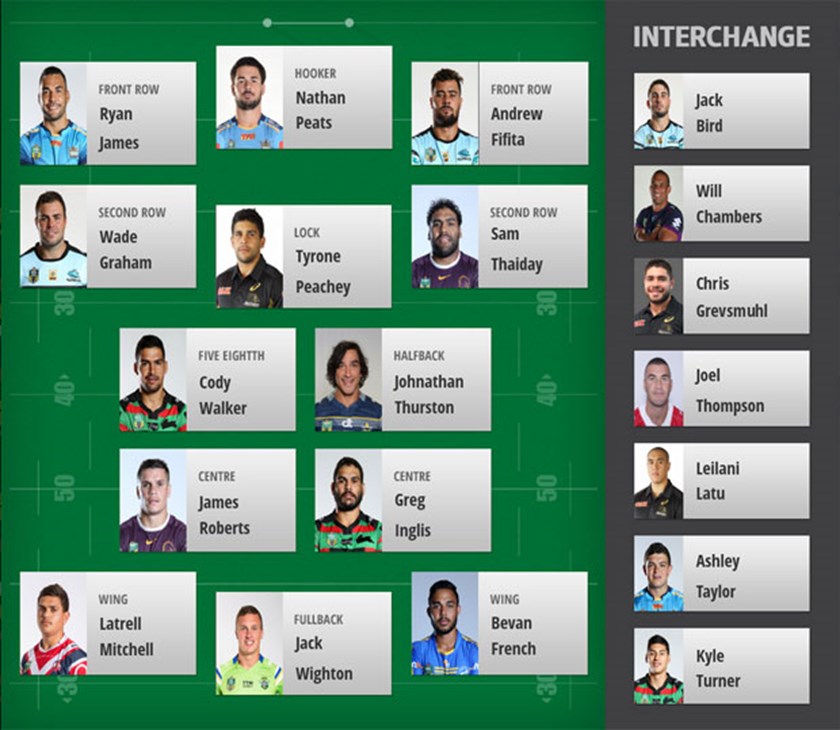 With such incredible talent available to choose from, it was hard to leave some players out. The forwards are relatively settled, but the competition for places across the backline is fierce. I've gone with Cody Walker to partner Johnathan Thurston in the halves, with Will Chambers and James Roberts the centres. Kangaroos winger Blake Ferguson gets the nod on one flank, with Queensland rep Dane Gagai the other winger. I've also opted to include Jack Bird and Jack Wighton on the bench, with the former able to cover the majority of the backline and lock. 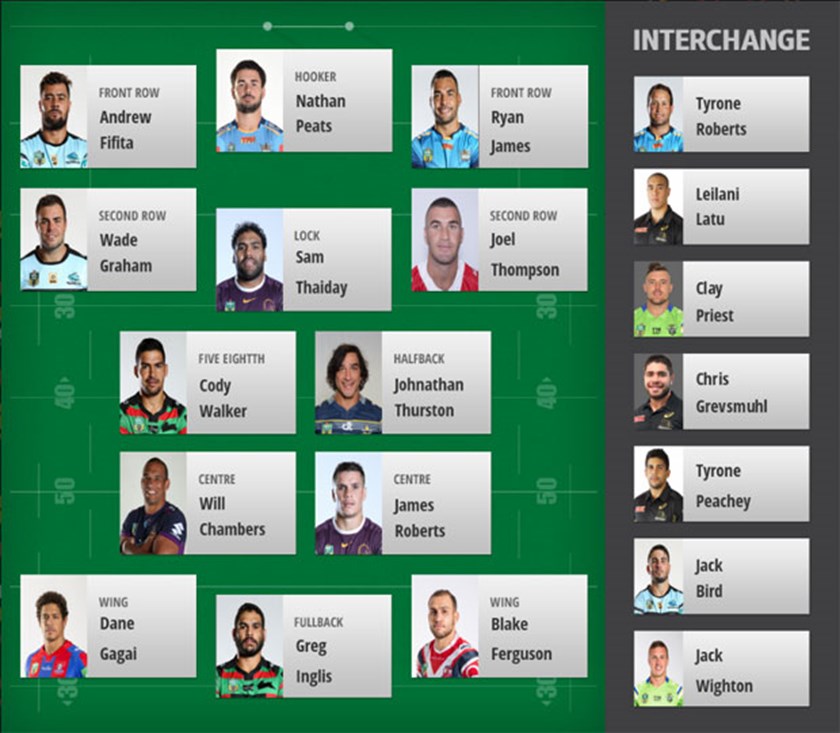 Whichever way this All Stars team lines up, it's going to be a pretty slick side isn't it? The forward pack is traditionally seen as the weakness for the Indigenous side compared with the NRL All Stars but there is serious quality available up front with the likes of Ryan James, Andrew FIfita, Sam Thaiday and Wade Graham, while my backline features 2016 rookie sensations Latrell Mitchell and Ash Taylor teaming up with five rep stars. There's plenty of impact off the bench with quality ball-runners Jack Bird, Tyrone Peachey and the lightning quick James Roberts while Tyrone Roberts is there as cover for the hooker and halves spots.