Watching the Jillaroos and Kiwi Ferns face off in Auckland two years ago inspired Caitlin Moran to get back into rugby league but it was the disappointment of missing last year's tournament that drove her to achieve national selection.

A week after the Jillaroos and Kiwi Ferns took part in the Auckland Nines for the first time in 2015 Moran made her debut for the Indigenous All Stars on the Gold Coast and set her sights on wearing the green and gold for Australia.

That dream was achieved in her hometown of Newcastle in last year's mid-year Test but as she prepares to make her Downer NRL Auckland Nines debut admitted that not earning Jillaroos selection last February forced her to evaluate her commitment to reaching her ultimate goal.

"That kind of gave me the kick to knuckle down," Moran told NRL.com of missing out on selection despite being part of the larger Jillaroos squad.

"It gets hard when you get away from the girls and you go back to your old group of friends and they're out doing their thing so you've got to stay focused.

"It definitely sparked me back up and got me back into it."

Family plays an important role in Moran's rugby league journey to date and she was watching the 2015 Auckland Nines with her mother when the Jillaroos and Kiwi Ferns caught their eyes.

Related to former Parramatta half Denis Moran, Caitlin played rugby league until she was 12 and although she was no longer allowed to play on weekends, her older brother Cameron continued to drag her along to his training sessions.

With no obvious pathway for women's rugby league she drifted off to Rugby 7s for a time until the possibilities of playing rugby league for Australia became clear to her whilst watching the Nines on TV.

"I watched the Nines on the television and through some of the [Indigenous] knockouts I'd played I knew some of the girls who were playing. Because rugby league was my first chosen sport when I was younger seeing the Nines lifted me up," said Moran, who will play for Newcastle in the Sydney Metro competition in 2017.

"Mum and I were watching and she said straight away, 'You could do that. You can make that team.'

"Straight away I was like, 'That's what I want to work towards'. That's when I went out and threw the ball around again.

"I kind of stopped playing all the sport and tried to get into work and focus on myself but watching the Nines and seeing the girls out there I was like, 'That's what I want to do'."

Now employed as a development officer in the Newcastle region, Moran's life is centred around rugby league, a far cry from assuming at 12 years of age that there was no way forward in her chosen sport.

"It was always a case of getting to 12 years old and then have to stop playing and find something else," she said.

"To be told that you're done when the boys get to keep playing and then when you find girls that have got the same dream and the same passion, you all link up and it grows.

"Each year [women's rugby league] is getting bigger and better and it's just incredible to be able to throw a jersey on and being treated as professional athletes.

"We put in the hard work at training so it pays off to get that given back to us.

"Literally everything I do is football related."

Not even an Olympic gold medal won by Australia's women's rugby sevens team at Rio last year gave Moran any sense of regret as to the decision she had made.

"It was great to see. They are a very good bunch of chicks in the Aussie sevens and I played a fair bit of footy with them and they deserve it but rugby league is my first sport and it is my chosen sport." 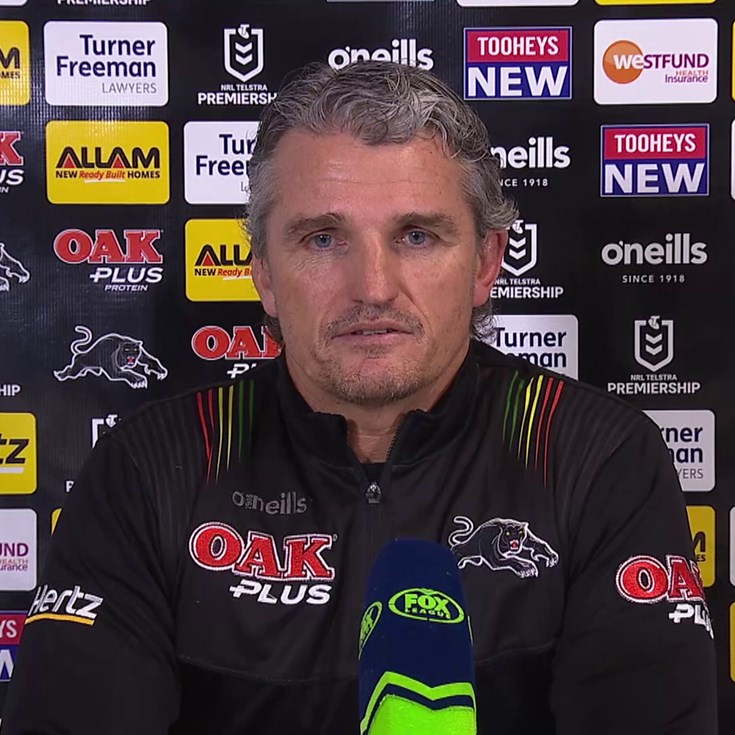 Cleary promises 'so much more to come' from wonderkid Crichton

Cleary felt Raiders were 'managed' back into the game