The Jillaroos have broken hometown hearts for the second time in 24 hours to wrap up the NRL Nines series with a game to spare after downing the Kiwi Ferns 8-0.

Having fallen 2-1 in the past two series, Sunday's win was a massive boost for the Aussies who will take plenty of confidence heading into the World Cup later this year.

However, the win looks to have come at a cost after star-forward Kezzie Apps was carried off the field with a left leg injury late in the game.

Having dominated the early possession flow, the Jillaroos opened the scoring after a shortside raid led to Chelsea Baker's third try of the series.

The Aussies moved further ahead when a headgear-clad Allana Ferguson showed no signs of vision impairment to grubber through for Samantha Bremner who won the race for the ball to make it 8-nil after six minutes.

The Kiwi Ferns looked certain to hit back just before the break but last-ditch tackles by Bremner and then Apps ensured the green and golds would head to half-time untroubled on the scoreboard.

The Jillaroos should have extended their lead 90 seconds into the second half when Corban McGregor was put into a yawning gap, but with her teammates urging her to pin the ears back, she pulled up instead and unselfishly tried to offload but the pass went astray.

It mattered little though as the Aussies held their opponents scoreless to claim trans-Tasman bragging rights ahead of this year's World Cup. 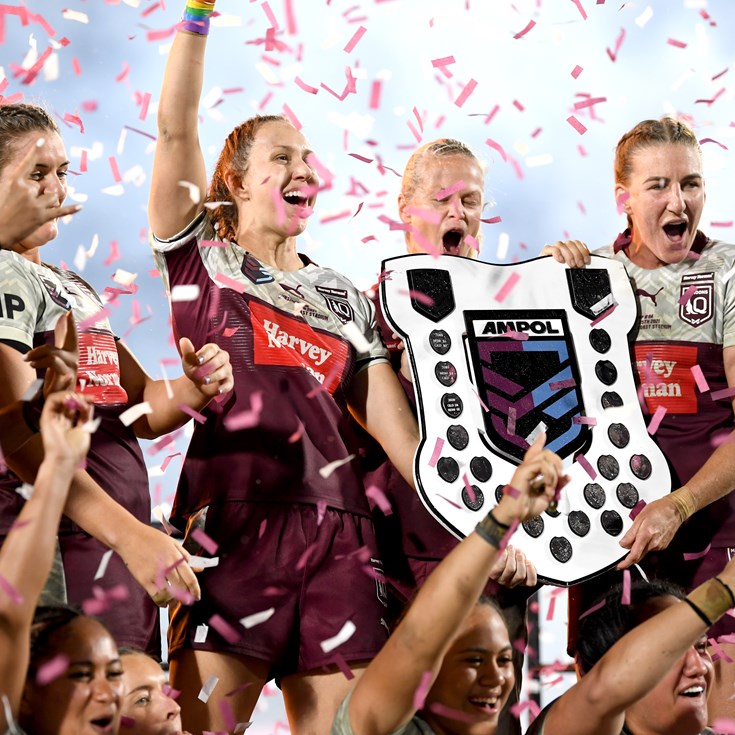