Before a ball has even been kicked in competitive anger many pundits have written off both the Warriors and Knights as title contenders, but this Sunday one of them will have the chance to make an ideal start their NRL Telstra Premiership campaign.

Mt Smart Stadium will host the clash between 2016 wooden spooners, Newcastle, and a Warriors side who suffered a late-season collapse to finish 10th last year, with a handful of new faces on display for both clubs.

The Warriors look set to blood rookie dummy-half Erin Clark along with 18-year-old forward Isaiah Papali'i off the bench, while Ken Maumalo has been selected on the left wing in favour of Manu Vatuvei. Mafoa'aeata Hingano will start in the No.6 jersey.

For Newcastle, Dylan Phythian has won the race to start the season at fullback, with new recruits Jamie Buhrer, Josh Starling and Ken Sio all in the starting side.

Forwards Sam Stone and Luke Yates are named to make their first-grade debuts off the bench.

‌Why the Warriors can win: The New Zealand club have named a backline featuring a potent combination of size and speed, and they have a halfback in Shaun Johnson who can make the most of it. Between them the Warriors' back five for this weekend scored 33 tries and made 46 line breaks in 2016, while their combined weight of 481kgs means they will also be a handful coming out of yardage. If they aren't properly contained on Sunday the home side's backline could cause chaos.

Why the Knights can win: The Warriors are traditionally awful in Round 1, having not won a season-opener since way back in 2009. The Kiwi side have lost by at least eight points in Round 1 over the last four seasons and have become known for their sluggish starts. Meanwhile Newcastle, despite battling through a rough period over the last few years, have tended to start seasons in more positive fashion. The Knights have won four of their Round 1 fixtures in that same period since 2009, including a four-game unbeaten start to the 2015 season, which ironically started with a 24-14 victory over the Warriors.

Key match-up: Shaun Johnson v Trent Hodkinson. The role of these two playmakers is that bit more important this weekend because they have inexperienced players (Hingano for the Warriors and Brock Lamb for the Knights) lining up next to them in the halves. Johnson and Hodkinson were unsurprisingly the key contributors in attack for their respective sides last year, with 2014 Golden Boot winner Johnson laying on 18 try assists and 24 line-break assists. Hodkinson meanwhile was a consistent performer through his team's struggles, playing the most minutes of any Knights player and setting up 13 tries.

‌
The history: Played 36; Warriors 18, Knights 17, draw 1. The Warriors have dominated recent head-to-head clashes against Newcastle, winning the last three on the trot, with two of them being by margins of 22 points or more. In Auckland the Knights have won just once since 2005, with 10 losses in their last 11 visits to this week's venue.

What are the odds: The Warriors are the shortest priced team of the round, but Sportsbet punters are keen on the huge price being offered for the Knights. Incredibly, there are more than twice as many bets on Newcastle in the head-to-head market, and Knights 13-plus is actually the most popular winning margin at ridiculously big odds. Latest odds at Sportsbet.com.au.

NRL.com predicts: It seems a little harsh to make judgements on teams when all you have to go off is pre-season form and the level of talent they possess on paper, but it's difficult to see Newcastle competing with the top sides in 2017. While the Warriors will be without a few first-choice players, they should still have too much experience and ability for the Knights to handle over 80 minutes, particularly given it's on home turf. Warriors by 14. 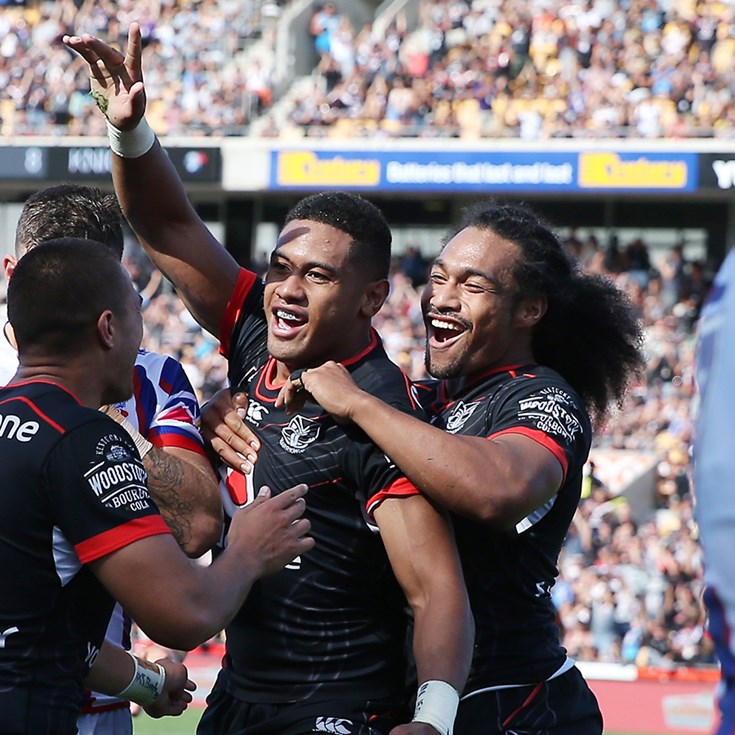