As only supercoach Craig Bellamy could, he kept Ryley Jacks' debut for the Melbourne Storm a secret right up until kick-off in their season-opening win over the Canterbury Bulldogs on Friday night.

‌It may have been considered a gamble to debut the 24-year-old five-eighth against a physical Bulldogs pack in front of a hostile Belmore crowd.

However, from building houses to training the house down in the pre-season, the former Brisbane carpenter handled the occasion as well as he laid bricks to guide the Storm to a gutsy 12-6 victory.

While he's considered a temporary solution until Billy Slater returns and Cameron Munster moves to the halves on a permanent basis, Jacks isn't ready to relinquish his spot after patiently bidding his time.

"I'm treating it like it's my spot now," Jacks said. "I just have to make the most of however many games I get to start the year off.

"I didn't really care what people were saying or who was favourite to get that spot. I just put my head down and trained as hard as I can in pre-season.

"I wasn't thinking I'd get my shot Round 1. Maybe during the year sometime but I've been training really well the last three weeks and trialing well so Craig (Bellamy) went with me last minute."

Rising through under-20s and reserve grade with the Sydney Roosters from 2011 to 2013, Jacks moved back home to Brisbane to work and play with Intrust Super Cup side the Sunshine Coast Falcons. He decided to have another crack at first grade, moving to Melbourne in November last year.

Jacks finally got his opportunity and while he was thrown in the deep end, he had the calming influences of Cooper Cronk and Cameron Smith alongside him. Thankfully, he doesn't see Cronk retiring soon as some have rumoured.

"He (Cronk) is awesome, I couldn't ask for a better halves partner to make your debut with," Jacks said. "He's so composed out there and same with Cameron, they made my job really easy on Friday night.

"I don’t think he'll give it away, he's fit as anything. I can't see him giving up soon."

Jacks won't have much time to celebrate his successful debut though, with the Storm travelling to New Zealand to face the Warriors on Friday night. The five-eighth might be bruised and busted from Friday's match but he's appreciative of not having to deal with the aches and pains of being a builder anymore.

"I'm still hurting heaps, real sore so hopefully they go easy on me this week. We need to get ready for the Warriors which will be even tougher over there.

"I'm normally going to the game sore from working all week. It was pretty good feeling fresh going into the game. It's awesome being a full-time player." 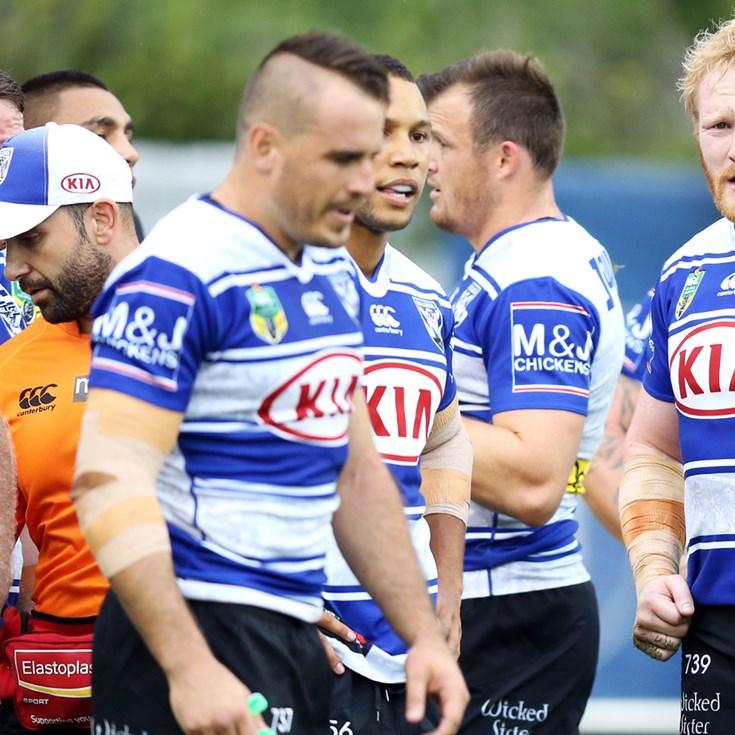