North Queensland have defeated Brisbane when it has mattered most since Lachlan Coote joined the club three years ago but the Cowboys fullback is still carrying the pain of his first extra-time thriller against the Broncos.

Coote had just turned 18 when he was called into the Panthers squad to make his NRL debut in Round 16, 2008 in a meeting with a Broncos team missing their State of Origin stars in Darren Lockyer, Karmichael Hunt, Sam Thaiday and Darius Boyd.

But if Coote thought he would be eased in to life in the top grade he got a rude shock late in the game when a try to Michael Jennings levelled the scores at 12-all. With forward and regular goal-kicker Shane Rodney off the field, senior Panthers players turned to their young debutant and asked him to kick what would have been the match-winner from near the touchline.

He missed, and was also unsuccessful with two further shots at penalty and two attempts at field goal yet made such a strong first impression he was awarded three points in Dally M voting.

Three of the past four clashes between the Cowboys and Broncos have necessitated more than 80 minutes to find a winner and Coote still vividly remembers when he couldn't land the killer blow almost 10 years ago.

"Almost a hero," Coote told NRL.com when asked to sum up his debut against the Broncos.

"We scored a try to level it up and I had the kick to get us in the lead and missed it.

"It ended up being 12-all for probably another 20 minutes and we had field goal shots, penalty shots and missed them all.

"I was our goal-kicker for the under-20s and that's how it was. Once [Rodney] was off, it was just, 'Here you go Cootey, do your best'.

"I didn't really feel pressure at the time, I just wasn't hitting them that well.

"It just felt like any other game but it would have been good to get it."

‌Not only did Coote make his NRL debut against the Broncos but his North Queensland debut came at Suncorp Stadium in Round 3, 2015, more than 12 months after he had joined the club from the Panthers.

Coote ruptured his ACL while playing for North Queensland in the inaugural Auckland Nines in 2014 and after two games for the Northern Pride in the Intrust Super Cup early in 2015 made his Cowboys debut in front of more than 40,000 fans.

"I remember speaking to 'Greeny' (Cowboys coach Paul Green) and he said they were looking at me for Round 5 to see how I was travelling then but we lost two straight games and Greeny decided to throw me in."

In the two years since Coote and the Cowboys have played the Broncos seven times, surpassing his six meetings against Brisbane in his first six seasons in the NRL.

There have been two pulsating finals and a golden point grand final for the ages in that time but Coote said his first Queensland derby in 2015 gave him an insight into what makes the rivalry such a special one.

"I didn't really understand what it was all about until I was actually in a game," Coote said.

"I made my debut for the Cowboys in 2015 in Round 3 at Suncorp and it was my first game back since the knee reco and just the crowd and the atmosphere down there, the hype about the game was awesome.

"They ended up beating us but it was a great game to be a part of.

"From that first game I sort of understood what everyone was talking about and how big of a game it is and how much the fans get behind it to make it that big game.

"Then playing a game at home against them was an even better feeling." 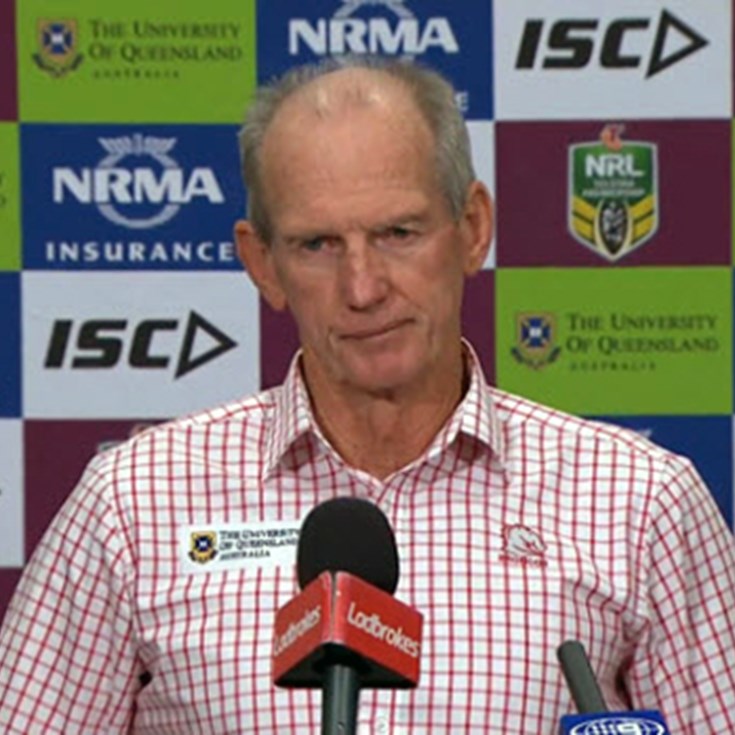