The two teams who have had arguably the toughest starts to season 2017 face off against each other on Saturday, meaning one of these seriously under-manned sides is set to get their first win of the season.

Things just didn't go Manly's way at home against the Eels on Sunday; they were completely starved of ball (largely due to a mountain of simple errors) but stuck at their defensive task, absorbing a ton of goal-line pressure in the biggest silver lining for Trent Barrett's men.

Sadly, a pair of hard-running props in Marty Taupau and Addin-Fonua-Blake each picked up bans for shoulder charges while bench prop Lloyd Perrett suffered a fractured eye socket. Those three join fellow prop Darcy Lussick on the sidelines meaning Manly starts to look very skinny in the middle.

There will be a load of pressure on starting middle forwards Brentwon Lawrence, Nate Myles and Jake Trbojevic while the interchange and reserves list features no further middle specialist. Playmakers Cam Cullen and Jackson Hastings come into the 21 along with edge forwards Shaun Lane, Jarrad Kennedy and Billy Bainbridge and outside backs Jono and Matt Wright.

The Rabbitohs have problems of their own, coming off a huge loss to Wests Tigers and the loss of skipper and fullback Greg Inglis to an ACL injury. The reshuffle sees Alex Johnston shift to the back and exciting rookie Braidon Burns come in on the wing. The 17 is otherwise unchanged though halfback Adam Reynolds features in the reserves in an indication he may be back sooner rather than later.

‌Why Sea Eagles can win: The way they stuck in the game last week and turned away an attacking Eels side at their line over and over should give the side plenty of heart – as well as the belief that if they can cut down their errors they'll be able to trouble teams in attack. They had very few chances in Parramatta's red-zone but were still able to come up with two tries and came close on one other occasion. Despite missing a whopping 39 tackles (which is probably unsurprising given their lack of possession) they only conceded three tries, and only one of those came via a player pushing through the defence.

Why Rabbitohs can win: As bad as last week was for Souths, remember they lost a centre to concussion early on then had their fullback suffer a serious knee injury. Losing backline players is always a huge blow to a team's structure with a logical replacement rarely available elsewhere in the 17 – let alone two replacements. The form of a few key playmakers also allows room for optimism. Five-eighth Cody Walker seemed to pick up where he left off last year with two try assists and a line break, while hooker Robbie Farah got through a ton of work and looked up for the task despite playing behind a beaten pack. If they can find a way to get livewire Damien Cook into the game sooner they should be able to create points against Manly.

What are the odds: Sportsbet punters are leaning towards Manly here ever so slightly in the head to head market, with punters preferring to take the Sea Eagles to win by 1-12 rather than straight out. Tom Trbojevic accounts for one-quarter of all bets on the first try scorer. Latest odds at Sportsbet.com.au.

NRL.com predicts: Plenty of challenges for both these teams early on in the season but Manly looked the more composed of the two in their respective Round 1 losses. Despite the loss of some key forwards, we'll tip them to get the job done at home – just. Manly by 2. 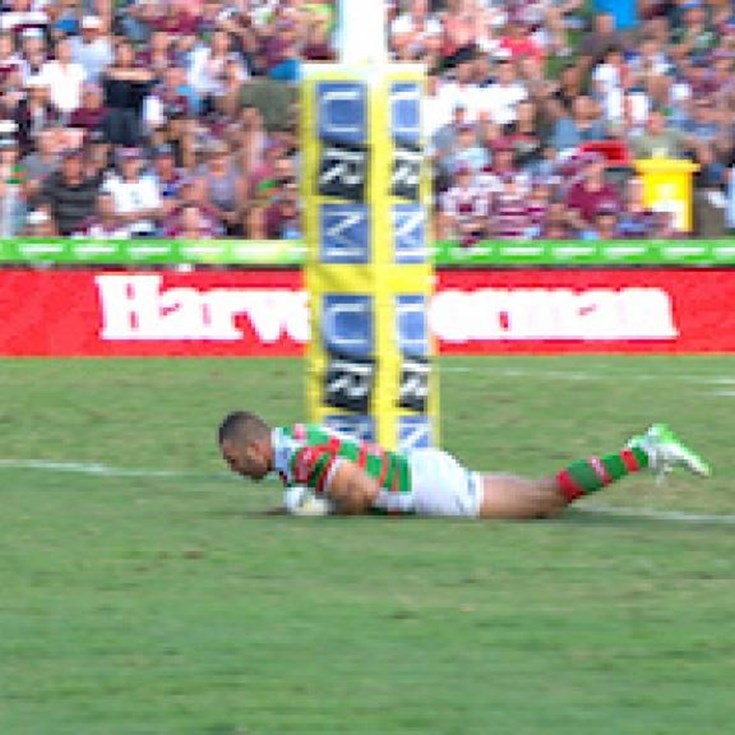