Parramatta have made it a 2-0 start to the season while last week's impressive showing is already a fading memory for the St George Illawarra Dragons after they were put to the sword by the Eels 34-16 at WIN Stadium on Sunday night.

Things went wrong for the Dragons right from the opening play when Russell Packer coughed it up from the kick-off and Clint Gutherson sliced through a few plays later to score.

Winger Semi Radradra racked up a career-best four tries while halfback Corey Norman was again at his sublime best, punishing the Dragons with a sensational array of long and short kicks as well as deft passes and dangerous runs.

The Dragons took a huge step backwards from their Round 1 thrashing of Penrith, getting beaten repeatedly in the little effort areas and coming up with a mountain of unforced errors and poor options.

Radradra had his double within 22 minutes after being on the end of a couple of nice Michael Jennings passes though it could have been worse for the home side with Jennings failing to send an unmarked Radradra away on one other occasion and also dropping it with the open try line begging late in the half.

Norman was again the conductor, kicking beautifully, making one line break and grubbering for a Brad Takairangi try to help his side to an 18-0 lead, with only Gutherson's poor one-from-four conversions keeping the Dragons in it.

Against the run of play a Leeson Ah Mau offload put Gareth Widdop over for an 18-6 half time margin that flattered a Red V team that had been dominated for 40 minutes.

Bevan French completely flummoxed the defence with a series of dummies before shimmying his way over in the 45th minute to extend the Eels lead but there was a quick hit-back this time from the Dragons as Josh Dugan put a polished finish on a left-side move with plenty of offloads to make it 24-10 after 50 minutes.

The Red V gave away a series of penalties in their own end shortly after to hand their opponents some prized attacking ball and Norman was able to find a pass to put Radradra over for his hat-trick to all but seal the result.

Dragons prop Paul Vaughan strolled through some non-existent defence 10 minutes from time to close the gap to 30-16 but Radradra's fourth try of the evening put the exclamation point on an impressive victory, sweeping all the way around to the right flank to receive a stunning inside ball from French. 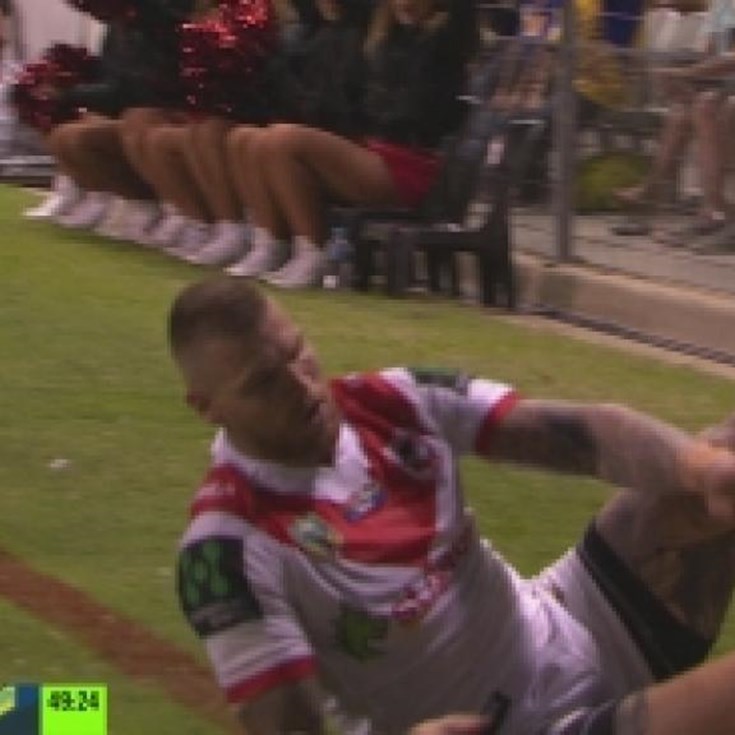