From a no-frills five-eighth to one of the NRL's most consistent hookers, Brisbane's Andrew McCullough has transformed himself to become one of the club's finest one-club players.

McCullough signed a four-year deal with the Broncos on Tuesday, with the contract ensuring the rake remains at Red Hill until at least 2021.

He will be 31 years old when this new contract ends and that will be almost 20 years since he took first the eye of the Broncos' scouts.

At that stage McCullough was a 12-year-old five-eighth who had never played hooker in his life.

After signing with the club as a young teenager, McCullough stayed as a half until a switch to hooker early in his NYC career opened the door for more game time and the opportunity to play NRL.

But even in his second season of NRL, McCullough was still partly seen as a five-eighth, playing in that position in Brisbane's 46-12 loss to the Cronulla Sharks in Round 15 of the 2009 season.

Slowly coaches and players began to realise the talent McCullough possessed in the No.9 jersey, with his rock-solid defence and superior fitness positioning him as the Broncos' first-choice hooker from late in that same season.

Since then the Dalby junior hasn't looked back, and he said the transition from half to hooker has been the best move of his career.

"I was a 12-year-old five-eighth when the Broncos first looked at me," McCullough said.

"I had a handy pass and knew how to kick a footy so that's why I was playing there in juniors. I loved it and enjoyed it there.

"It was a big transition when I was first moved to hooker in the under-20s.

"It has worked out really for me and I've really enjoyed the role. I've adapted to the position and couldn't imagine playing anywhere else now."

And Broncos fans couldn't imagine McCullough playing anywhere else either, with the 27-year-old one of Brisbane's most consistent performers.

He credits this to his fitness, saying that his aerobic capacity has helped him master the intricacies of playing in the middle of the field.

"The fitness aspect of hooker is very different. In the middle of the field you have to work very hard.

"I pride myself on my defence. The opposition always wants to target the hooker so it is something I've had to be good at.

"You get used to defending a lot and making a lot of tackles. It's just the way it is.

"My attack is improving, especially with having quality halves and a great fullback around me. I think I have a good balance in my game at the moment."

McCullough is not the only one to recently commit to the Broncos, with Corey Oates and Josh McGuire also putting pen to paper last week.

It means Brisbane have a bright future at the club, and that is something that McCullough said he is most looking forward to.

"There is a nucleus of a good side going forward," he said.

"The Broncos have always done a good job at keeping the guys that have been at the club since the beginning.

"I've been here since the start and I love the club." 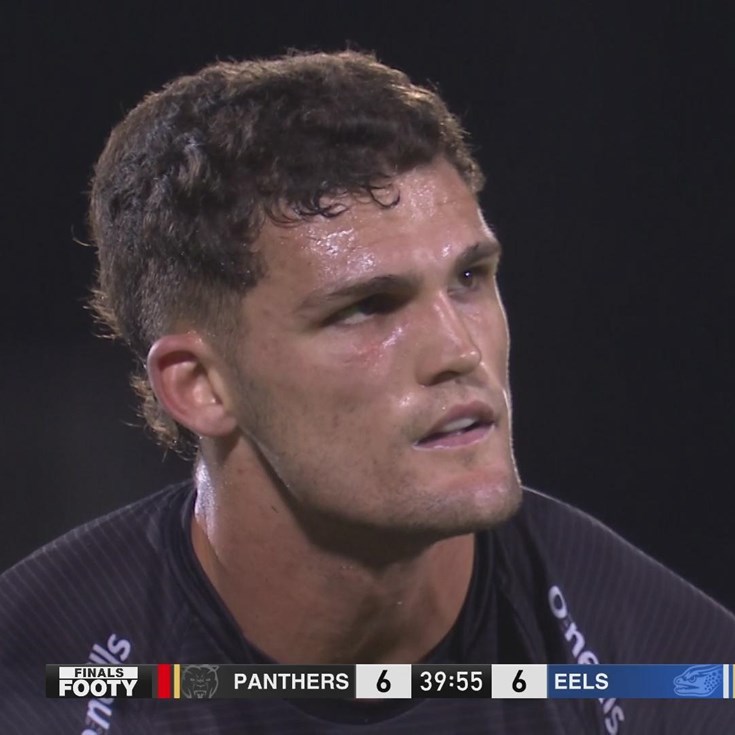 Cleary edges Penrith in front with penalty goal on half-time