The Melbourne Storm sensationally stole a thrilling 14-12 win over the Brisbane Broncos in the final five minutes to remain undefeated to start to the season.

‌With Brisbane holding onto a 12-8 lead, it took a double ricochet off of two Broncos players for Josh Addo-Carr to score in the left corner and level the scores.

Captain Cameron Smith didn't fail, converting the winning conversion from the sideline in a frenetic finish to a fast-paced thriller.

While the Broncos will be disappointed to drop to a 1-2 record, they were gutsy in defence throughout the contest with the Storm dominating possession and a 43-8 advantage in opportunities inside the opposition 20-metre zone.

Melbourne tested Brisbane early, enjoying the majority of possession inside Broncos territory but the visitors withstood in defence to score first.

James Roberts pounced on a spilled Cooper Cronk pass to race 60 metres to score under the posts and establish a 6-0 lead after 10 minutes.

The Storm finally cracked the Broncos line after a sublime short pass from Cameron Smith down the short side for Ryley Jacks to score in the left corner and level the scores midway through the second half.

With Brisbane on the ropes, Billy Slater finally took to the field as the Storm kicked the penalty goal for an 8-6 lead after 30 minutes.

There were encouraging signs for Slater throughout the match as he constantly threatened to breach the Broncos line. He looked comfortable at the back and nearly set-up several tries.

It was a huge moral victory for Brisbane to trail just 8-6 at half-time after the Storm dominated first-half possession with 18 opportunities in the Broncos' 20-metre zone, compared to Brisbane's single opportunity.

Coming out of the break, the Broncos earned a repeat set and Ben Hunt capitalized to slice through the defence 20 metres out and score under the black dot for the visitors to regain the lead 12-8 with 30 minutes to play.

The Storm had plenty of opportunities to cross but just couldn't convert with many attempts going over the sideline or falling just centimetres short of the try-line.

With 12 minutes to go, Melbourne looked to strike before Will Chambers was controversially denied and ruled short of planting the ball.

However, a fifth-tackle penalty with under five minutes left gave the Storm one final opportunity 10 metres out and Josh Addo-Carr latched onto the rebounding ball for the equalizing try before Smith added the winning extras.

For Melbourne, in addition to Slater, Jesse Bromwich was inspirational in his early return from a dislocated thumb injury, making 23 tackles with 15 runs for 132 metres. 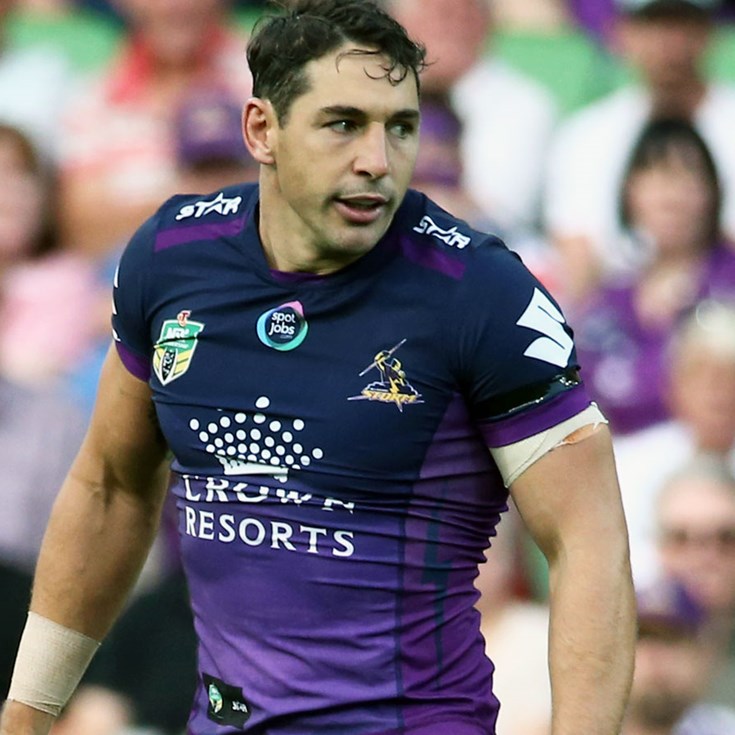 Slater 'excited' ahead of long-awaited return