Brett Seymour sees the pressure being placed on teenagers entering the NRL and knows the potential perils that lay ahead of them.

He knows because in a former life he lived through them and very nearly didn't make it out alive.

The youngest player to debut for the Broncos when he was called into the top grade at 17 years, seven months and 29 days midway through the 2002 season, Seymour has returned to Queensland's south-east as player/coach for Valleys in the Toowoomba Rugby League.

It's a fertile rugby league nursery that is currently represented by the Western Mustangs in the QRL's Under-20s FOGS Cup and Seymour is eager to help steer young players with an eye to the big time down the right path.

Born in Mackay, Seymour was a schoolboy sensation who was signed on a scholarship program to the Broncos and introduced to the NRL on May 26, 2002, four months shy of his 18th birthday.

Given rule changes introduced by the NRL in recent years, no player is able to debut at such a young age anymore and from next year the under-20s moves to a state-based competition designed to restore the natural pathway from juniors through to the top of the senior ranks.

It's a move that Seymour has welcomed and hopes will see fewer young footballers make the same mistakes that he did.

"All I knew was rugby league," Seymour tells NRL.com.

"I didn't have a trade and I wasn't doing any study and when you are that age and your whole life is football there is a lot of spare time in which to make some poor choices.

"I honestly thought I'd play rugby league forever which is why I love trying to help the young kids I come in contact with now.

"There are so many kids who come out of the under-20s yet don't go on to the NRL which is why it's so important they think about life outside of rugby league." Seymour's poor choices blotted his 62-game career at the Broncos and towards the end of the 2006 season – a premiership season no less – he and teammate Neville Costigan were sacked by the club for repeated disciplinary breaches.

He was 21 years of age and wondering in which direction his life would now head and believes it triggered the onset of a depression that would ultimately result in him attempting to take his own life by driving off a bridge in England in 2013.

"Getting sacked by the Broncos, that was the one that was hard to take," the now 32-year-old says.

"We were going along really well – we had a red-hot side and 'Locky' (Darren Lockyer) was at the peak of his powers. All I really had to do was tell the forwards where to go and give the ball to Locky.

"Then with a couple of months to go me and Neville get sacked and the boys go on to win the premiership.

"Looking back now I've got no doubt that was the start of my depression but you could never admit you were struggling. You just got on with it."

Ongoing issues with alcohol plagued stints with the Cronulla Sharks and Warriors that followed, but it was a move to Hull FC in Super League that would ultimately push Seymour to his breaking point.

After an encouraging first season in 2012 where he played in 26 fixtures for the club, issues began to develop and he was all of a sudden on the outer with no clear understanding of why. He played in only two games the next season before attempting to take his own life.

If not for passing out behind the wheel before reaching the Humber Bridge near Kingston-upon-Hull it may well have been the end, but instead it allowed Seymour to open up to the battles he had been fighting and rediscover his love of rugby league.

He joined Whitehaven in the England second division in 2014 and became the team's interim coach in February 2015 when the previous coach, Steve Deakins, quit for family reasons.

For someone who had only ever had one job, seeing the dedication of players who had to juggle training and playing with work commitments enabled Seymour to see the game in a different light.

"The blokes that I was playing with all had jobs so they'd work all day and then come to training, play on Sunday and then back up to go to work again on Monday," Seymour recalls.

"There's no question I'd fallen out of love with rugby league towards the end of my time with Hull so to see the passion these guys played with was really important to me and I absolutely loved working with the young fellas in the club and seeing them progress to Super League teams." 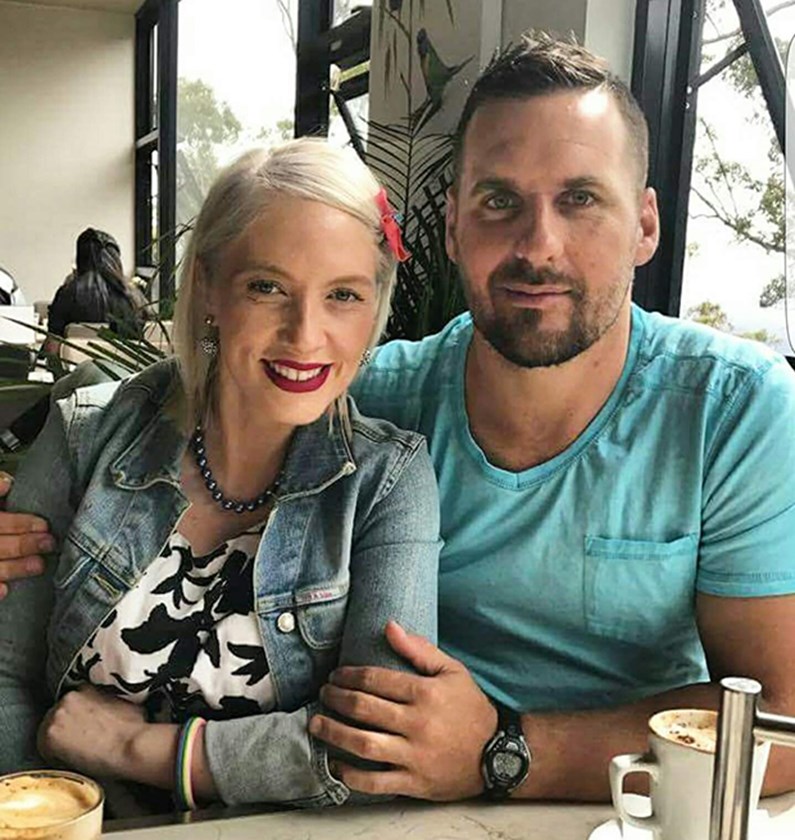 It appears nothing happens simply in the life of Brett Seymour and returning to his hometown of Mackay late in 2015 was no different.

After expressing an interest in returning to Australia Seymour was enticed back to Mackay by the man locals simply referred to as 'Mr Rugby League', Greg Sutherland.

A long-time friend of the Seymour family, Sutherland convinced Brett to take the reins as player/coach at Norths Devils for the 2016 season before tragedy struck.

"It was really strange because here we were exchanging e-mails back and forth and then the next thing I get an e-mail saying he had passed away," Seymour says.

Mr Sutherland suffered a heart attack and passed away in early November, 2015 but Seymour felt such a strong duty to him that he agreed to fulfil his duties as a way of honouring Sutherland's legacy.

Although the club made the finals, issues with the solvency of Norths Leagues Club soured Seymour's final days with the club and he was quickly snapped up by Valleys in Toowoomba where his wife Roseanne has strong family support.

Given the highs and lows he has experienced over the past 15 years it's little wonder Seymour's life is now centred around Roseanne, four-year-old daughter Monroe, 1-year-old son Brave and a third child due in July.

He is working in his grandfather's real estate business, regularly pops down to Brisbane to watch his former club play and will pull the boots on again for Valleys as soon as a sternum injury heals, determined to guide the youngsters surrounding him not only on the field but off it.

Shibasaki: My brother is another reason I wanted to come home