Newcastle coach Nathan Brown has renewed his calls for NRL teams to be allowed a reserve player to come in when players are ruled out mid-game through concussion, after being forced to leave a hobbled Nathan Ross on the field while two other players were concussed.

Winger Ross suffered a potentially serious ankle injury when his left ankle was folded under him in a first-half tackle against the Rabbitohs in Round 3. He stayed on but the injury deteriorated throughout the game.

However the club lost fullback Brendan Elliott and back-rower Sione Mata'utia (who is also the player generally used as a centre to plug mid-game backline injuries) to concussions, forcing Ross to finish the match.

Speaking after the game, Brown reiterated his desire to be able to call on fit reserves in order to protect not just players suffering concussion but also players like Ross, who are then forced to play under duress.

"The game's got to address this situation," Brown said.

"It's not why we lost the game [but] we had two in concussion bin, no-one can replace them, you're supposed to be protecting players, then you've got to leave blokes out there who are hurt playing out of position. How does that make sense?

"The game has got to address this. With legal cases now coming up (ex-Knights winger James McManus is taking legal action against the club over its management of his concussions), doctors are more cautious, we're not addressing the bigger problem.

"The bigger problem is there's injured players being forced to stay on the field because we don't have any players left."

He said Ross would "definitely" have come from the field if there were adequate replacements.

"Because we had two blokes in the concussion bin which many years ago they would have kept playing and there wouldn't have been a problem. We know why there are rules being addressed which is great and I think we're all on side but we need to introduce more people," Brown said.

Brown also referenced the Titans' gutsy win over the Eels on Friday night, which saw several players come from the field for head injury assessments and several players playing out of position at the injury-ravaged club as an example when an 18th man would have been appropriate. 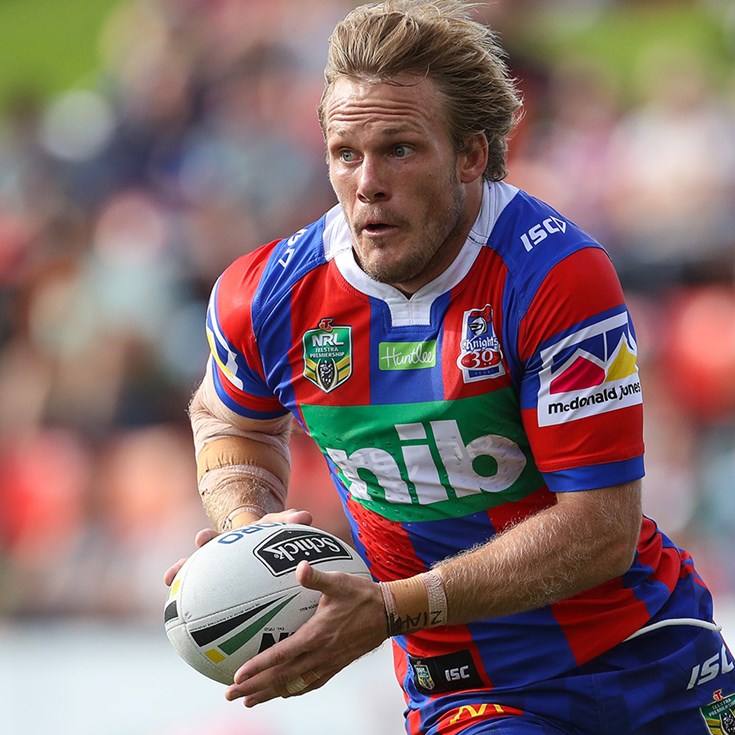