The Rabbitohs have been hit hard by the NRL match review committee following their 24-18 win over the Knights on Saturday.

Burgess was slapped with a grade 2 striking charge – which he was sent to the sin-bin for – on Newcastle's Mitchell Barnett. The Rabbitohs prop will miss two matches with an early guilty plea, but could miss three matches if he fights the charge and loses at the judiciary.

Hunt is facing up to six weeks on the sidelines after he was charged with a Grade 2 reckless high tackle on Brendan Elliot.  An early plea would see the Rabbitoh miss four matches, but he risks up to a six-match ban if he fights the charge and loses.

Burns was slapped with a grade 1 shoulder charge, but will only miss one match with an early plea.

Starling was cited for a grade 1 dangerous contact on Kyle Turner, while Koroisau was hit with a dangerous throw on Kane Linett. 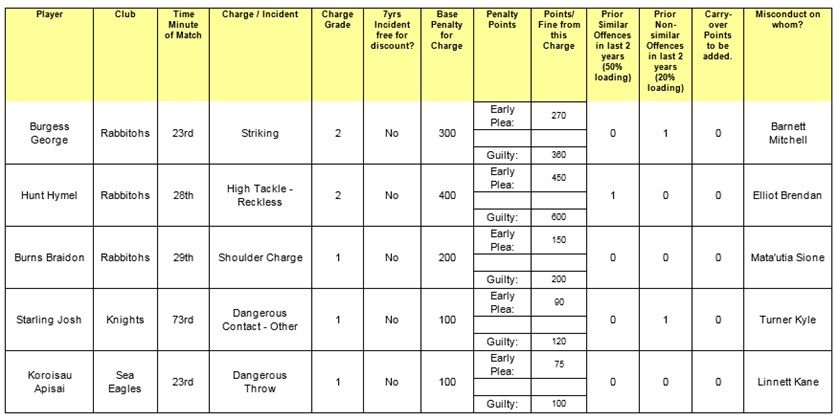