George Burgess, Hymel Hunt and Braidon Burns have all taken the early guilty plea for charges arising from Saturday's game against the Newcastle Knights.

George Burgess was charged with a grade two striking charge and will miss two matches.

Braidon Burns was charged with a grade one shoulder charge and will miss one match.

Meanwhile, Broncos forward Sam Thaiday will plead not guilty at the judiciary to his contract conduct charge, while Eels back-rower Tepai Moeroa will miss a week after pleading guilty to a shoulder charge on Ashley Taylor.

Newcastle's Josh Starling and Manly's Apisai Koroisau will both be free to play after entering guilty pleas to their charges. 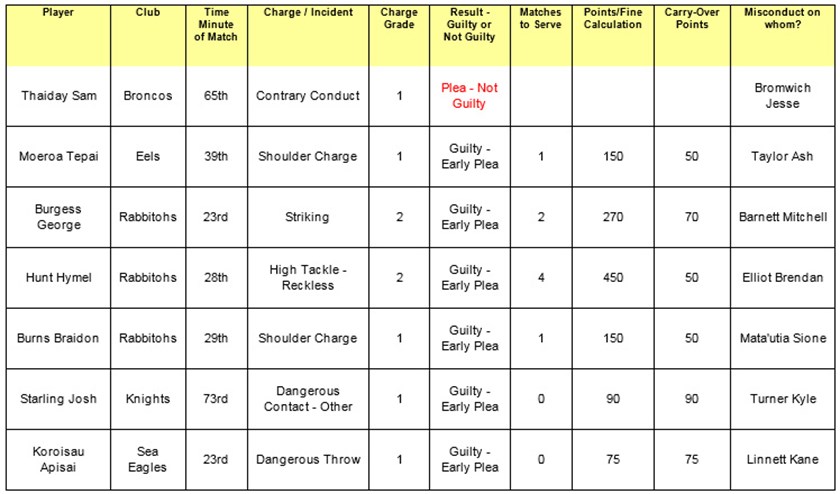 Casualty Ward: Latrell good to go; Moses back for Eels

Rabbitohs v Panthers: Graham, Ilias return; May back on deck

NRLW players stand up to put body-shamers on notice

Judiciary Report: Suaalii, Burton, Milford among eight fined in Round 22